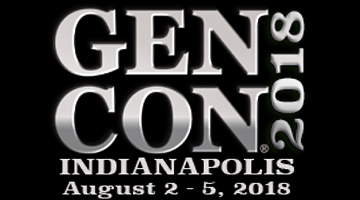 After the success of the trip last year (which you can read about here and here) (you know, none of us killed any of the others after being together non-stop for the better part of 5 days), Lee, Egg Embry, and I took a drive back to the land of corn and at one point Peyton Manning.

This year continued the idea of checking out all the gaming systems we’d never had the opportunity to play previously. In fact, much of the last year or we’ve played a handful of games just to get that different kind of exposure.

Thursday started off with a trip to the Dealers’ Room. I’m not sure if I mentioned it last year, but the room is enormous. Even if you were moving quickly and barely taking any time to look around it would probably be a couple of hours. Throughout the weekend we’d squeeze an hour here or an hour there to try to slowly move through the building and even then it was easier said than done. In addition, you have all the game demos going on, but if you are only in the room on a scattered basis, there is almost no way to fit it in. The best we can figure is MAYBE you set aside Thursday and not do anything but go through the room playing demos and squeezing everything you can out of that room and then basically be done with it.

However, we couldn’t do that, and after a couple of hours, it was on to the first game. 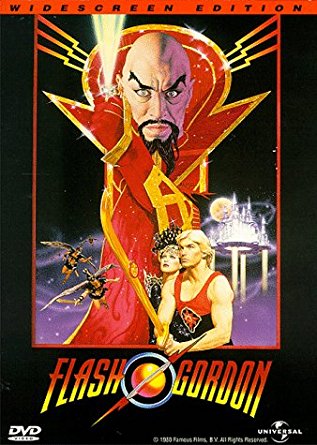 While I’d like to claim that I have an in-depth knowledge of the old serials or the cartoons or even the comics, my brush with Flash Gordon is limited to three things:

Savage Worlds is an interesting system in that the is probably just enough complexity to give those people who really like the more Crunchy systems, but for the most part, it was fairly easy to understand. We were introduced to the “Exploding Dice” mechanic which basically means that if you roll the maximum value on a dice you get to roll again (so a 6 on a d6 would mean a reroll and add it to the first result). I enjoyed the system enough that I wouldn’t mind seeing a bit more of it at some point.

Given that we were playing in a pulpy game setting with ray guns and short skirts and evil robots, Lee and Egg told me that I had to use my newsreel voice for whatever character I get (to get an idea of what that might sound like, think about the old movies where the news was also played along with the film and how the narrator might have sounded). I chose a Mad Scientist type character and put maximum effort into the voice. I hope that the other players had fun because I had a ball (as goofy as it might have been to say “What’s that dame up to now?” or “This just in, we need to get the hell out of here!”).

Rest easy, we stopped Ming’s latest plot to destroy the Earth, so you can thank me the next time you see me! 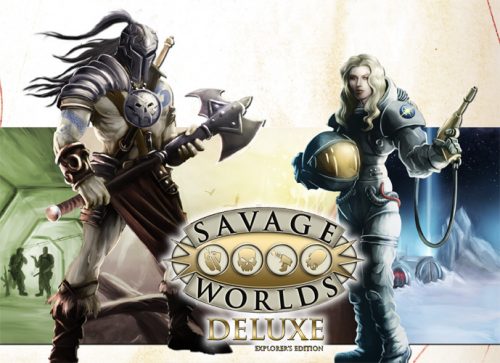 I didn’t have any idea what Wicked Pacts might have been, but it was pretty easy to figure out as it plays in the Modern Day (Urban Fantasy, where the supernatural are all too real, and you get to play a magic user of some type). The system combined Tarot cards along with D10s. The DM did a great job, and the players seemed like they were having a good time as well. There were minor things that I wasn’t overly thrilled with in regards to the system, but there was plenty of good as well. I think that if you wanted to play a Dresden Files type of game this would be a good one to check out! 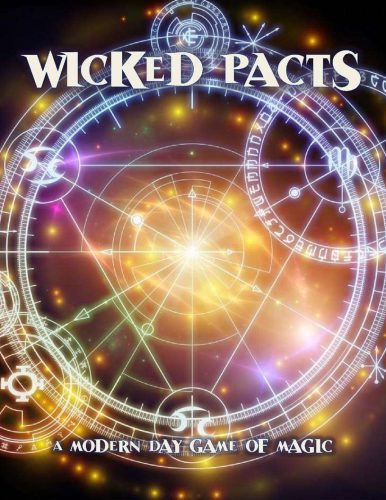 We had it all figured out. A five-hour session playing Geist (a Storyteller/World of Darkness Game). We visited Onyx Press’s booth on Thursday and talked to one of the guys who had worked on the 2nd edition of the game. And promptly got screwed up… on the time and place of our game. He said he was running the demo at 10 AM and that was the time we had set up for our game. But it was actually in the dealers’ room – something none of us had done before. Still, we didn’t think anything of it until the game ended about an hour and a half… it was a five-hour session. At which point Lee double checked the ticket and realized we were in the wrong place!

The game just completed a Kickstarter for the 2nd edition we played. You can check that out here.

As to the game demo itself, I’ve now played Storyteller games a few times in the last year, so the familiarity is now there. I was more concerned with the story. I know nothing of the original 1st edition Geist, but this idea of people who deal with ghosts while dealing with the fact they’d come back to life in another way. Even as a simple short story, it suddenly clicked on how you could do a full campaign with the system and really have some fun with local ghost stories in your area.

Hmmm, research, where I have to visit creepy places in and around Atlanta, may not be the best idea… 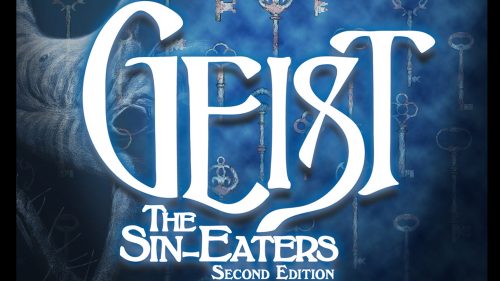 Writer of comics and novels. In 2006 his first short story "The God That Failed" was published by Terminus Media in their debut comic Evolution Book 1. Since that time he has had stories published in Terminus Media's Evolution Book 2 and Evolution Special, Kenzer and Company's The Knights of the Dinner Table, and Four J Publishing's The Burner #3. Currently he is eagerly awaiting the digital publishing of his first creator-owned comic The Gilded Age #1 to be published online as well as his first novel The Dark That Follows later this year.
View all posts by John McGuire →
Tagged  convention, Flash Gordon RPG, Geist, Gen Con, John McGuire, Onyx Path Publishing, Savage Worlds, Wicked Pacts.
Bookmark the permalink.