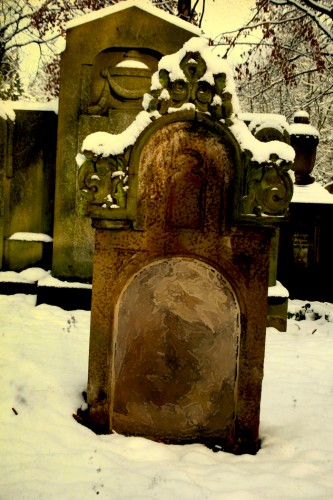 My grandfather, Cecil Owen Walter, was an adventurous boy growing up in The Plains, Virginia. The small rural town sat squarely in the middle of nothing and nowhere. As you can imagine, a young boy in the early 1920’s created his own entertainment. When he wasn’t dreaming of running away with the gypsies, he and his younger brother Allie explored the Virginia countryside.

One evening in late winter the boys, sitting by the fire, listened to tale told by their Aunt. A tale meant to chill the boys to the bone. Just the sort of story a boy’s overactive imagination devoured.

The farmer and his wife lived not far down the road. They were long dead now, but on certain nights it was said a light could be seen traveling from the old house to the barn. The hovering light would go back and forth, again and again, before vanishing. This was her routine. On cold winter nights the wife checked the cows, a duty which followed her to the grave.

Determined to prove whether or not the tale was true, Cecil and Allie stayed up late into the night. They crept from their beds, careful not to wake the snoring Aunt, and dashed into the frigid winter night.

The snow had fallen all day, but now all was still and silent.

The boys trudged through the deep snow toward the abandoned farm house. Despite shivering from head to toe they hunkered down in a ditch, to hide and watch. Hours passed by and nothing out of the ordinary happened. They were about to leave when they saw a light. A glowing orb hung suspended in the air just outside the front door. Without warning, it began to float from the house to the barn and back again.

Cecil and Allie sat frozen with fear. They couldn’t believe their eyes. Had this been some trick?

The boys forced their legs to move in the direction of the house. When they reached the spot the moon’s light revealed no footprints!

The boys ran the entire way home, the strength having returned to their legs. They sat up all night. Huddled in fear and convinced the farmer’s wife would come for them.

**This is a true story, as told by my grandfather to my mother. I’ve retold it here with a bit of my own dramatization.

Amanda Makepeace is an award winning illustrator inspired by nature, mythology, magical beings, and distant worlds. She is the co-founder of the Bird Whisperer Project, a monthly art challenge focused on spreading the the love of birds and art making for everyone. Her art has appeared in ENnie award-winning games and on the covers popular independant novels and anthologies. Her latest project is the cover art for the Long List Anthology Volume 4, a book featuring Hugo nominated stories. Amanda is a regular at Fantasy and SciFi conventions in the southeast, and an award winner at JordanCon, DragonCon, ChattaCon, and LibertyCon. http://www.amandamakepeace.com
View all posts by Amanda Makepeace →
Tagged  ghost story, halloween.
Bookmark the permalink.