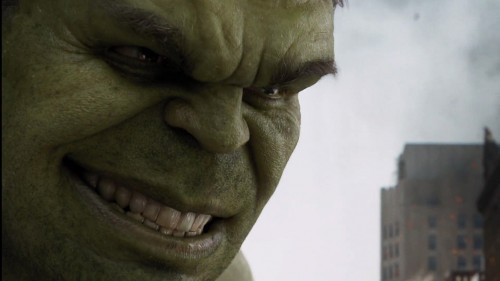 It was announced last week that David Bruckner, a long-time acquaintance, friend of a dear friend, and fellow Atlanta-ite, is going to direct the next Friday the 13th movie. Dave directed one third of the Atlanta-based horror film The Signal as well as the first (and in a lot of people’s opinions, the best) segment of the anthology V/H/S. It will be his debut feature as a solo director.

I congratulate David and wish him nothing but the best. I’m very excited for what he’s going to do.

My friend Jake Goldberger‘s second film, Life of a King is available on DVD now.

His first film, Don McKay, was an off-beat dark comedy that was so off-beat that most people didn’t get how funny it was. It starred two Oscar nominees and a future Oscar winner. It wasn’t treated very well by critics and not very many people saw it. I liked it, but I also read the script about a decade before and was elated to see it make its way to the screen. 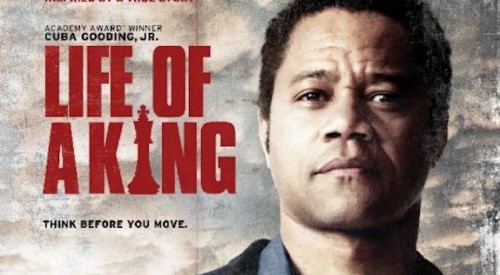 Life of a King is a much more high-profile film. Starring another Academy Award winner, Cuba Gooding Jr, it is a moving tale about an ex-con that teaches a group of inner-city kids the value and beauty of the game of chess. It’s kind of Stand and Deliver with a Karate Kid finale (with a Rocky twist). It may not sound like your type of film. It’s honestly not mine. But I found myself enjoying it quite a bit. More than anything, I was impressed by the performance by Gooding and by how much Jake has grown as a director. He told me the other day that it was shot in just 15 days, which astounded me for how good it looks. Dakota Skye had more time to shoot and it felt like we had no time at all.

I have known Jake for over a decade. I’m proud of him and congratulate him on his success and hope his next film is even bigger and better and I can’t wait to see it.

I don’t know Tara Miele very well. But I do know her husband, Dakota Skye cinematographer Brett Juskalian. Right after Dakota Skye Tara made a lovely little film called The Lake Effect and has since then made a couple other films (I’ve lost track) for the Lifetime Channel.

Tara is a talented writer and I’m happy her career as a filmmaker is taking off.

An old collaborator of mine, Charlie Ebersol, with whom I worked on many projects that never quite got off the ground (see my tale about pitching a show at the Sci-Fi Channel), has been hired to write a sequel to Space Jam. Charlie is more of a producer than writer, and it’s not a project I would necessarily kill to be a part of, but still. It’s a big opportunity.

I wish him and his brother all the luck with the film.

One of the first friends I made upon moving to Los Angeles was a funny kid from Tulsa named Bill Hader. I don’t need to explain to you who he is. If you don’t know, just Google him. I’ve heard Mel Brooks praise him. Mel. Brooks.

He also does a pretty good impression of me.

Even within this very guild, on this site, my friends are bugging the shit out of me. J. Edward Neill, having released Down the Dark Path last year, has just finished the follow-up. This would be less impressive if his books weren’t approximately seven million pages long. Likewise, John McGuire just put his first book, The Dark That Follows (we like the word “dark” in our titles, don’t we?) up on Amazon but I also happen to know that he’s currently revising his second novel, having already finished the first draft. Plus, John has some comic books out in the world, with more to come, and that’s awesome.

Fuck both of them.

I, of course, don’t mean any of the profanity I have hurled at my friends and peers above. Good people, all of them. Some of them amongst my favorite people.

Fuck all of them.

Envy is a hell of a thing.

I’m not a religious dude but if Morgan Freeman has taught me anything (other than how hard it is to be a penguin, how to smuggle a rock hammer into the slammer, how to be the quartermaster for a vigilante, how love is worth dying for, how not to storm a Civil War fort, and how to embrace my inner Master Builder), it’s that Envy is one of the Seven Deadly Sins.

You remember those. I think they go: Being Fat, Being a Child Molester, Being a Lawyer, Being Pretty, Being a Hooker, Envy, and shooting Keyser Söze.

Envy. That big green monster that sometimes beats me senseless worse than…

I like my life. This is not about that. I wouldn’t trade places with anyone not named Clooney or Timberlake and only then if I can take a few people with me.

This is professional envy. Comparing where you are at in your career to that of your peers. I know better than to give into it, but I’m a human being and not a very good one at that.

Of course, envy leads to doubt.

40 is coming on really fast and I’m out of fucking letters.

And what do people tell you when you’re feeling green? Not with seasickness. Not with lovable singing felt frog-ness. But with the feeling of wanting what someone else has…

They say “Keep your head down and do your work.”

I’ve been swearing a lot this post, huh? Well, you fill in the blank.

I have gotten so much better over the years in dealing with this. A while back I wrote a piece on here about Livin’ Small, based on the mentally of my friend Jonah Matranga. It’s about being happy with what you have and embracing what you have accomplished, not what you haven’t. It’s a perspective I cherish. And try to hold to.

Sometimes in makes me hate my friends.

Because they’re not as smart as me. Not as talented. I’ve read his stuff and I’m such a better writer than him. I could absolutely do a better job behind the camera. What’s so special about her? What’s so important about him?

That is what envy can do to. Take all my insecurities and turn my brain into a hornets’ nest. The awful thoughts I keep just beneath the surface, born of doubt and fear and narcissism and frustration, they seep out of my pores and turn me into something I don’t like very much.

It’s not an original tale, a writer struggling with egotism and doubt. Hell, they’re job requirements. They can fuel you. Only someone with an enormous ego thinks their thoughts are worth people paying money for; only someone full of doubt needs the love of millions of strangers to validate them as people.

Like I said, though, this has gotten a lot better over the years. I can actually now feel genuine joy at my friends’ successes. Sure, it’s joy laced with a little vitriol, but it’s joy all the same. I want everyone I know and love to do well at whatever they do. But it is hard when what they do is also what I do. Because I can’t help but measure myself up to them. And, rightly or wrongly, every step they take forward feels like a step back for me.

I also know that there are people that envy me. Not everyone is lucky enough to have a produced feature film in the world, no matter how small and indie. Not everyone has the time, endurance, or will to write a novel. Some people are better writers than me, but many are not.

What has been the point of this? I don’t know. Do I get off on exposing this jealous and angry part of myself? Maybe. Am I using this as an outlet to vent my frustrations? Certainly. If you take anything from this, other than a deep dislike of me, I hope you check out the work of my friends that I listed above. They’re all talented and hard-working people. And they’re good people.

I promise next week I’ll be a better person. Because, luckily, this feeling will fade and I’ll go back to this: 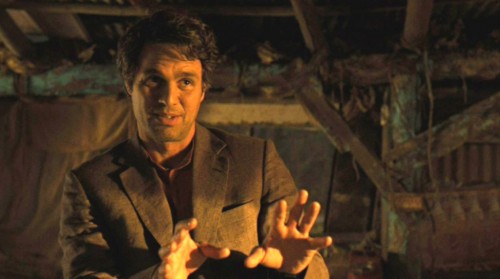 No, if you’ll excuse me, I’m going to go keep my head down and do my work.