One of the things I always hear from other writers is that they never get the chance to read anymore. Sometimes it is due to the time investment. Sometimes it is because they don’t want a writer’s style to infect their own while they are in the midst of writing. And it is true. When it comes to free time, I’m pretty much trying to grab those extra seconds in actual book/comic writing. Why on earth would I take those precious minutes and use them on someone else. Words need to be typed!

But… but… there is also this thought that you have to keep reading. Like a fish, you have to keep finding new and different works to inspire you. So if you go completely cold turkey you’re bound to get stilted.

Or the better part of reading others is seeing how they used a technique and finding ways to incorporate them into your own writing toolbox. I’m still in my infancy of writing. There are tons of things I am learning and still need to learn to become a better writer.

So all that is my way of saying that I still find a little time to read, here or there. At lunch, on a plane, at the beach, when I get knocked out early playing poker, or sometimes on a lazy Sunday. What follows are the last five books I’ve read and maybe a little mini-review… or just whatever comes to me. 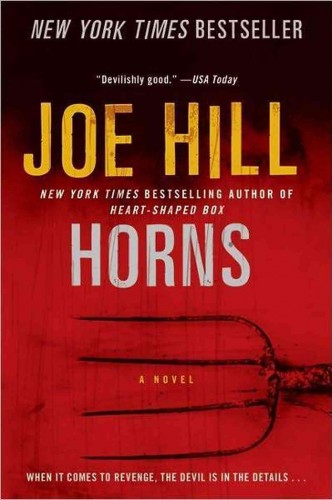 For those of you not in the know, this is Steven King’s son (yes, that Steven King). That put him on my radar, but this book… I believe his second full length novel (I’m too lazy to look it up)… for some reason it appealed to me. The basic plot is that our main guy, Ig, wakes up with what seem like horns growing from his head, some missing (drunk) time, and suddenly everyone wants to share their sins with him.

That was all it took. Maybe because I had been toying around with an idea kinda like that. Taking the idea of someone being able to see your darkest secret, but I had no idea where to go with it. Hill not only knows which way to go, but gives you a very flawed character who you are not sure if you should be cheering for him. 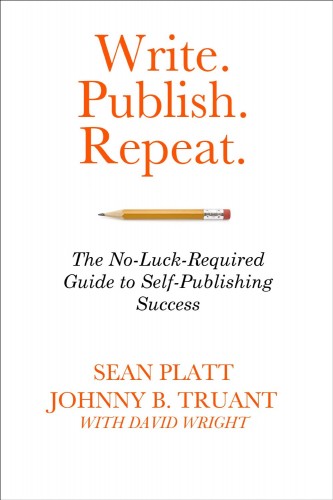 Non-fiction book from the hosts of The Self-publishing Podcast. I’ve been listening to their podcast since episode 1 (it is on 106 as of last week). And in many ways this book takes much of their technique, much of what they’ve discussed on their podcast, and presents it in a very organized way (which sometimes the podcast just can’t do).

But why should I, or anyone else, listen to these guys? Well, just based on their output alone. One pair (Platt and Wright) put out serialized books on a weekly basis over the course of 2 years, and in the last year Platt and Truant have published something like 2 million words. So, yeah, maybe they know something about writing.

And that’s the key bit to learn from them. They put butt in the chair and write and finish that work, and then move on to the next project. They don’t slow down, they don’t doubt, they just do.

Update – They are also the guys who are trying something completely new with a Kickstarter where you get to see exactly how they do what they do. From story meetings to the actual raw writing and everything between, they are pulling the curtain back. The Kickstarter is almost done, but I supported it if only to see how someone else does “IT”. 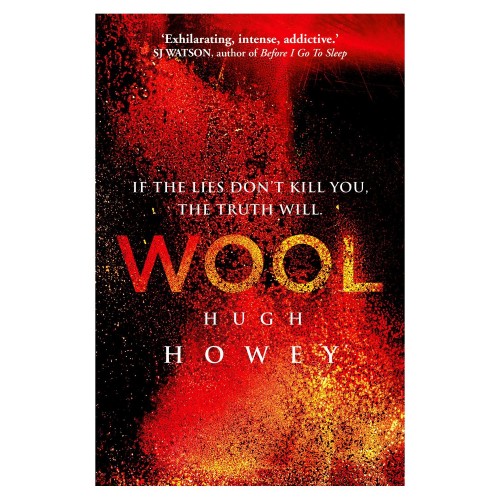 This is the story/novella that put Howey on the map. He went from being just another indy writer to being one of THE INDY WRITERS (and I think he’s managed to get a few offers since then). The story of a post-apocalyptic world where humanity now lives in silos, closed off from a polluted (radiation filled) world. But there is more going on than meets the eye, and the Silo Sheriff has decided that it is time for him to leave that place.

But the biggest takeaway for me was how this story felt like one I might have read from a Ray Bradbury. Howey gets in, lays the groundwork for the world, and then gets out. And the ending… well, it was excellent.

He’s since gone and added on to the world. I haven’t read the rest, but it is on the to-do list. 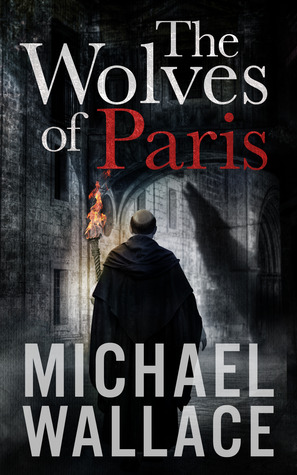 The Wolves of Paris – Michael Wallace

Did you know that in 1450 a pack of wolves terrorized Paris? This is true world history. They killed like 40 people, and it took a concentrated effort by the citizens to finally kill them all.

Wallace tweaks this fact slightly: what if they were werewolves?

Yep, you had me at hello.

Wallace manages to weave a story that I think works within what history says while still making it not just a list of dates or events, but tying it all together into a cohesive story. 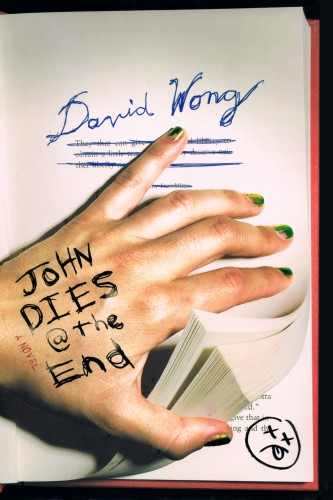 I don’t read “comedy” books. Most of the time I want the humor to be very light in my books. But this book, which, if I am honest, I only picked up because of the clever title, manages to work the humor in through one character: John (from the title… I wonder what is going to happen at the end?). There is a lot of self-awareness going on in the novel. The two main characters seem to realize that not only is what they are dealing with “crazy”, but that they really shouldn’t be bothering at various points.

Hmm… I feel like I’m not really doing this one justice, but it is one of the few books that I laughed out loud at when the shit hit the fan because of their reactions.

It also got turned into a movie, which captures much of the “feel” of the book, but is a poor substitute for the real thing.

So there you go. I would say these are the things on my bookshelf, but they are in my Kindle… so my virtual bookshelf. What might you be reading?

Writer of comics and novels. In 2006 his first short story "The God That Failed" was published by Terminus Media in their debut comic Evolution Book 1. Since that time he has had stories published in Terminus Media's Evolution Book 2 and Evolution Special, Kenzer and Company's The Knights of the Dinner Table, and Four J Publishing's The Burner #3. Currently he is eagerly awaiting the digital publishing of his first creator-owned comic The Gilded Age #1 to be published online as well as his first novel The Dark That Follows later this year.
View all posts by John McGuire →
Tagged  John McGuire, reading, reviews.
Bookmark the permalink.