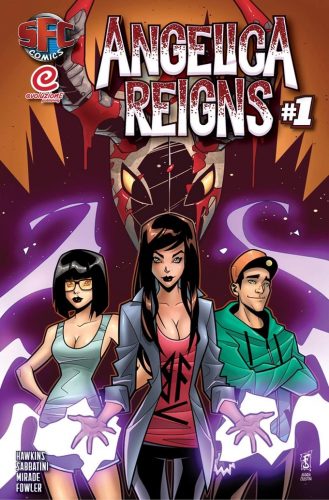 Angelica Reigns is the first solo series of the SFC Comics line. SFC is a world of super powered sports entertainment. These solo series are a chance to get to know the characters outside of the ring.

Angelica is trying to establish a life outside of the shadow of her mother’s cult and Qakare’s power. She’s a young woman in a new city making new connections. All of that is put on hold when she becomes prey to a secret society called, The Faith. They are a faceless, timeless, and secret organization with roots that go back to the crusades. Their mission is to bring purity back to this world. They have ways to track and monitor dark magic.

This one has the feel of maybe a Buffy style of story for Angelica. A young girl, fighting against supernatural forces bigger than herself, and, from the looks of it, has a couple of friends to help her on her travels. Consider me intrigued by the overall idea.

In addition, the work Federico Sabbatini is doing on the various images they’ve shown on the Kickstarter page are very nice, almost as if someone took a series of animated cells from a tv show or movie and put them on the page. 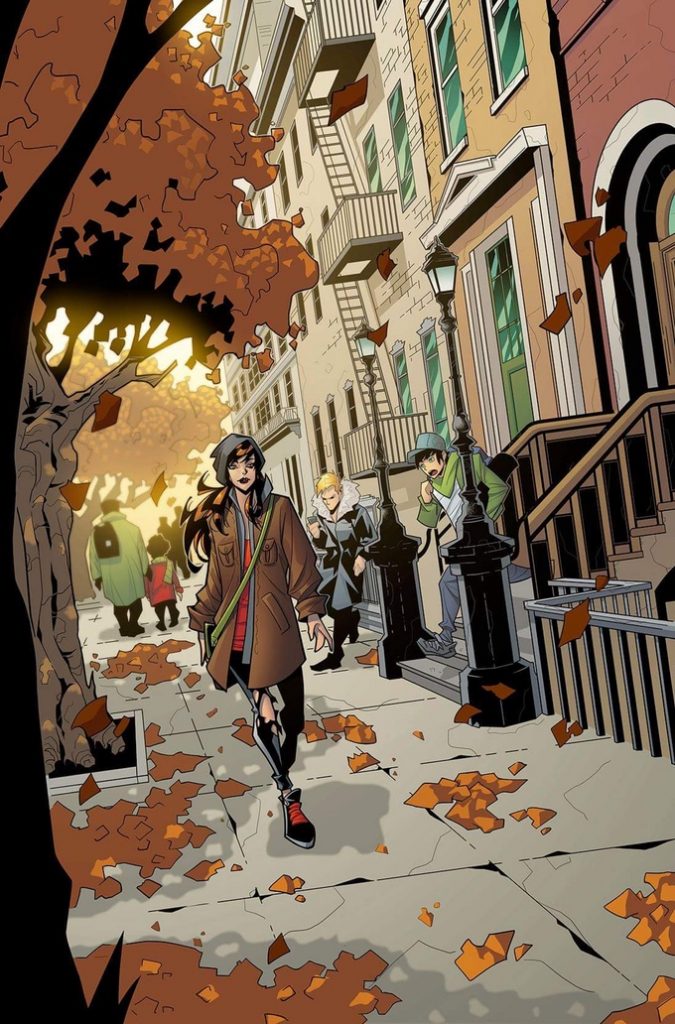 A couple of things they are offering that are a little above and beyond what you normally might expect at such lower levels is a 30 minute Google Hangout with the writer of the series ($30 Level). I could see that being not only an interesting conversation to pick his brain for a bit, but maybe even gain some insight on further learning the craft of writing comics (if one was so inclined). At the $150 level in addition to print versions of the books, you get a 1 hour Google Hangout.

Many of the comic Kickstarters have the idea of “putting you in the comic”, but Angelica Reigns might be the first one to make you “a major character in Angelica Reigns 2-4” ($500 Level). I’m thinking that if you ever wanted to be the villain, but didn’t want to deal with all the jail time… this might be your chance! 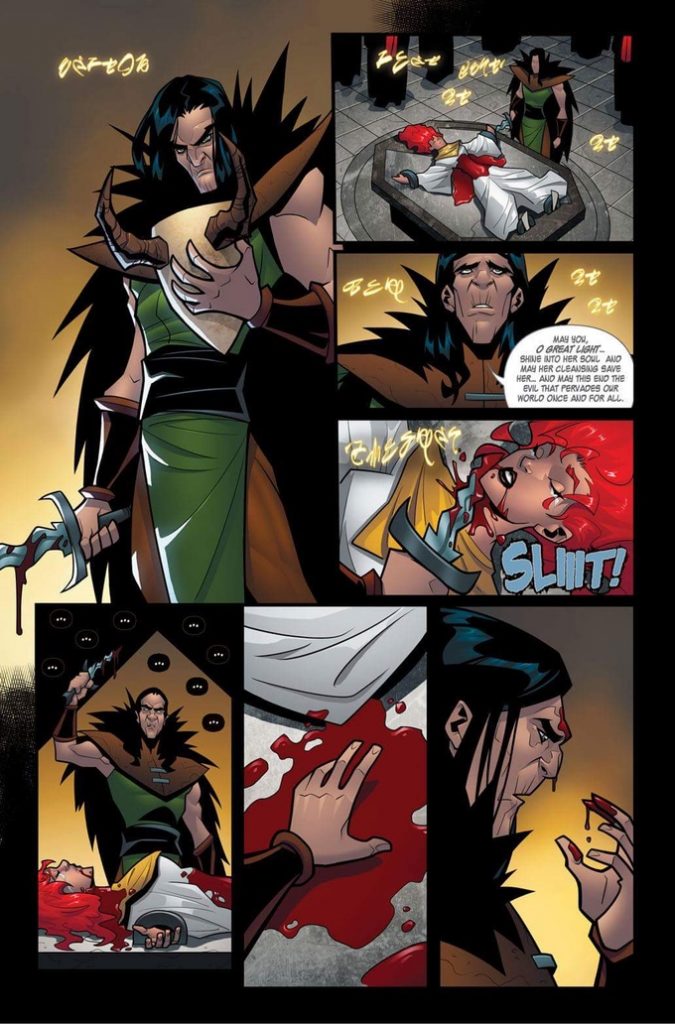 Looking over the Facebook page, they’ve hit upon some interesting cross-promotion with a couple of other Kickstarters (The Untold and Knight), both of which are holding their own Kickstarter campaigns right now. I love the idea of Indy creators banding together to raise all boats as opposed to treating each other as competition. Let’s get those stories out there and told!

For more information on Angelica Reigns or the rest of SFC comics, check out their Facebook Page here.

Writer of comics and novels. In 2006 his first short story "The God That Failed" was published by Terminus Media in their debut comic Evolution Book 1. Since that time he has had stories published in Terminus Media's Evolution Book 2 and Evolution Special, Kenzer and Company's The Knights of the Dinner Table, and Four J Publishing's The Burner #3. Currently he is eagerly awaiting the digital publishing of his first creator-owned comic The Gilded Age #1 to be published online as well as his first novel The Dark That Follows later this year.
View all posts by John McGuire →
Tagged  Angelica Reigns, Brant Fowler, Brian Hawkins, Chiara Miriade, Federico Sabbatini, John McGuire, Kickstart the Comic, Kickstarter, SFC Comics.
Bookmark the permalink.