Stories don’t want to be confined to our desk drawers or to our computer hard drives… they want to be out in the world where they can be consumed and absorbed into the minds of readers and creators. 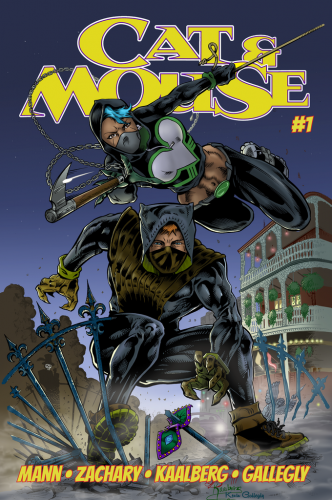 Cat & Mouse is a crime action-crime-drama, set in the city of New Orleans, presented to you in saddle-stiched comic book format! Cat & Mouse #1 contains 22 pages of story and art.

When Brett’s ex-girlfriend asks him to go to New Orleans to find her runaway sister, Bobbi, he stumbles on to a human trafficking operation run by Ms. Johnson, known on the streets as The Widowmaker. Brett has to figure a way to rescue Bobbi, and maybe take down the entire organization. Fresh out of the police academy, is he up to the task? Brett will seek the help of his friend, Jesse, an officer on the New Orleans police department, and will also receive help from … some unusual sorts.

I never read the original Cat & Mouse series, but I love the idea that a creator is able to take something from thirty years ago and bring it back to life through Kickstarter. As much as anything else, we all have these ideas and projects that have a bit more story left to tell. These creators have decided to do something about it, which is all sorts of awesome!

As to the story itself… well let’s see: it looks like we get a mixture of crime story, mixed with super-heroics in the form of martial art fighters/heroes. I’m only going to assume that is going to lead to some pretty nice all-out fight scenes… with ninjas! 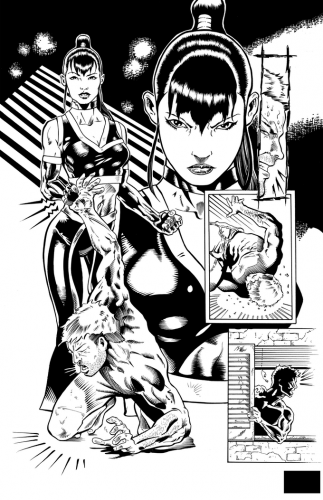 The good thing is that this project has already hit its goal (currently $3,610 at the time of writing). The bad thing is that a few of the rewards are no longer available. Luckily, there are still plenty of ways to get the comic in pdf ($4) in print ($10) and signed by the entire team ($20). I’m also a big fan of projects, especially when you read the credits on each of the creators, that offer up and coming artists/writers/inkers/colorist an opportunity for a critique ($50). Sometimes all we need is just a little direction from an outside viewpoint to truly make that last leap from good to great. On the higher end of things, you can own some original artwork ($100+) from selected interior pages to the cover. 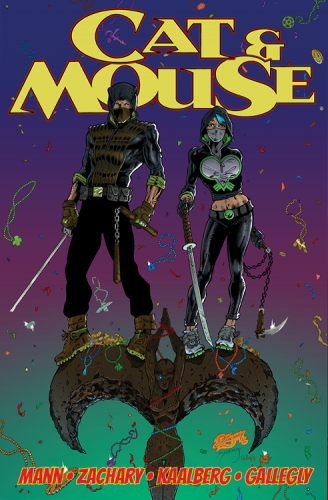 Mock-up of the RETAILER cover.

This is one of those no-brainers. The artwork reminds me of some of those 90s style artists that I loved to pick up their books because I knew they knew how to tell a story. Each of the sample pages shown only reinforces that feeling for me. In addition, given that each of the team has worked professionally for decades, this seems like one that will certainly get done.

I’d say give it a shot. I don’t think you’ll be disappointed.

To find out more about Roland Mann, check him out here.

Writer of comics and novels. In 2006 his first short story "The God That Failed" was published by Terminus Media in their debut comic Evolution Book 1. Since that time he has had stories published in Terminus Media's Evolution Book 2 and Evolution Special, Kenzer and Company's The Knights of the Dinner Table, and Four J Publishing's The Burner #3. Currently he is eagerly awaiting the digital publishing of his first creator-owned comic The Gilded Age #1 to be published online as well as his first novel The Dark That Follows later this year.
View all posts by John McGuire →
Tagged  Barb Kaalberg, Cat & Mouse, Dean Zachary, John McGuire, Kevin Gallegly, Kickstart the Comic, Kickstarter, Roland Mann.
Bookmark the permalink.