Kickstart the Comic – In Our Dreams Awake #1: A Cyberpunk/Fantasy Adventure

As I talked about last week, In Our Dreams Awake has had a long journey to get from the kernel of an idea all the way to this next milestone: A Kickstarter Launch today!

This is one of those stories that examines that fundamental idea I think everyone deals with, which is wondering if their life is enough or if there might be another one we could live if only the circumstances were a little different.

We are raising funds to get the first issue of In Our Dreams Awake printed and out to readers. 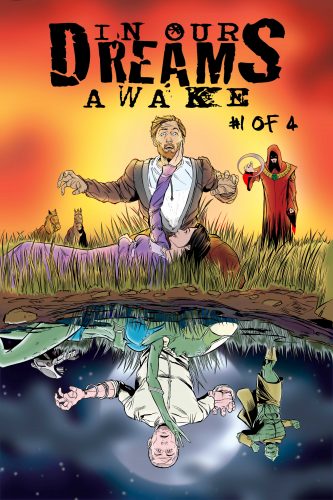 In Our Dreams Awake #1: A Cyberpunk/Fantasy Adventure 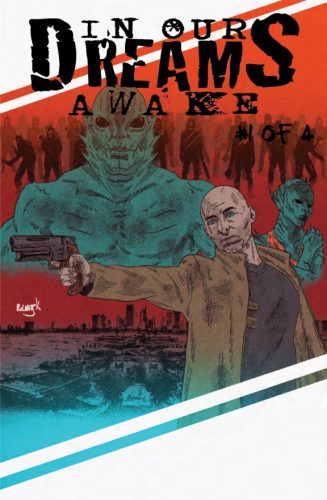 I’m obsessed with the idea of What If when it comes to how people live their lives. Those little moments then spiral out to set the course of our lives. How easy it is to focus on the things we don’t have rather than embrace all the gifts we do have. It’s very easy to lose sight of what is important when you always are lamenting the things you don’t possess.

With In Our Dreams Awake, Egg and I are giving this concept a bit of a twist. Instead of trying to figure out how Jason Byron’s life might have gone wrong, he instead sees a world nearly the opposite of the current life he lives. And that would be fine, we could all use a little bit of fantasy in our lives (or cyberpunk as the case may be), but what happens when those two realities begin to bleed into one another. How would you determine which was the real world and which was the dream world?

And how would you know which one was worth fighting for… or dying for?

The Kickstarter is for the first issue in what we hope will be a four-issue series. We have the options of either the pdf ($5) or print version ($10) to send to you. We also have two different variant covers, one by Rolands Kalninš and the other by Sean Hill ($15).

And if being drawn into the Cyberpunk world as a potential member of Jason’s gang interests you, we have that for $200.

We also have a number of Add-Ons ranging from a copy of The Gilded Age Graphic novel to the Dreamr by the Apocolypse RPG Zine ($10-$20 each). 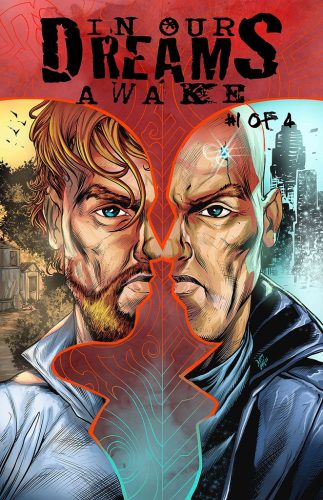 As a co-creator of this little project, I’m so excited for it to become a reality. As my post last week talked about, it has been a long (looooong) road to get here, but we only have a little more to go before this story can see the true light of day and get into the hands of all you potential readers.

The other key piece is that the first issue is completely done. Finished. This isn’t going to be a Kickstarter that lingers on and on. In fact, my hope is that we fund quickly, and I can get the second issue into production while this Kickstarter is actually going on, so that the wait between issues isn’t so long.

I’d like to thank you in advance for checking the project out. And be sure to check back in on the project throughout the month as I’ll be posting various interviews with my fellow creators.

And be sure to check out the Kickstarter here!

Writer of comics and novels. In 2006 his first short story "The God That Failed" was published by Terminus Media in their debut comic Evolution Book 1. Since that time he has had stories published in Terminus Media's Evolution Book 2 and Evolution Special, Kenzer and Company's The Knights of the Dinner Table, and Four J Publishing's The Burner #3. Currently he is eagerly awaiting the digital publishing of his first creator-owned comic The Gilded Age #1 to be published online as well as his first novel The Dark That Follows later this year.
View all posts by John McGuire →
Tagged  Alexander Lugo, Cyberpunk, Dreampunk, Edgar Salazar, Egg Embry, Genaro Olavarrieta, In Our Dreams Awake, John McGuire, Kickstart the Comic, Rolands Kalnins, Sean Hill, Steampunk.
Bookmark the permalink.