Writers and Artists have a somewhat unique ability. Most of the time they don’t think about it, but it is always there… always a possibility. Both can offer a form of Immortality.

It is no substitute for the person being in front of you, but to tell their story to others is a way to keep their spirits alive. Knowing that even if they are gone, a part of them will live on.

And that is a beautiful thing. 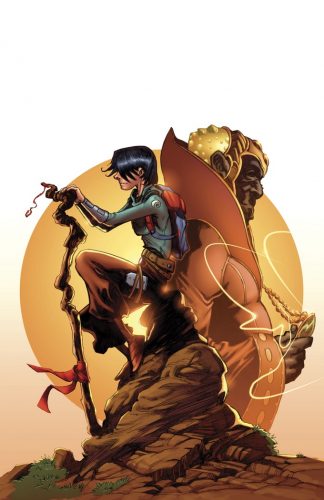 The Adventures of Parker Reef – To Save a Soul

The Adventures of Parker Reef is a love letter to the life, I, my family and so many people will never get to experience. On March 14th, 2018, my girlfriend Tana and our son, Parker, died in my arms. It was supposed to be the day we welcomed our son into this world. My third child and Tana’s first.

This book (90 + pages) is my way of having them in this world in some way. Loss is always difficult and we all experience the pain of someone leaving us. Be it too soon, or after a life well lived, it hurts the same. No more smiles, phone calls…no more anything.

This story is about Parker’s dream to see me in this world and Tana helping him prepare for that dream. Tana always believed you should follow your dream and that is exactly what Parker Reef will be trying to do within these pages.

Adventure? Well, you can’t just choose to leave the after world and just come back.

You have to earn that.

In my story, souls are the rarest of treasures. When someone is attempting something like Parker is, ALL are watching. All bets are off and the peaceful land he had been in with Tana is no longer where Parker will be. No, the land Parker will be set in will be dangerous. Full of those souls who have been lost, those souls who did evil while in this world and creatures sent by pure evil to try and stop Parker and covet his soul.  A land full of challenges and adventure. A land Tana has been preparing him for. After all, who knows what their son would wish for more than their parent? 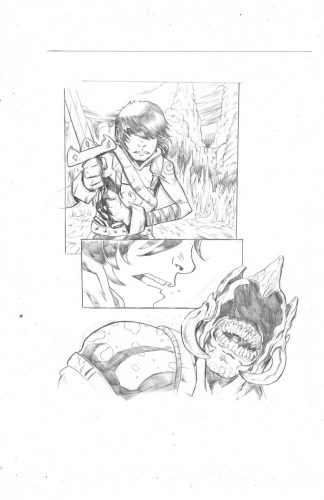 I cannot imagine having to go through what Christopher Campana has gone through these last 6 months. The idea of taking that pain and anguish and probably a thousand other emotions and putting it in this format is an incredibly brave thing for a person to do.

While a couple of the rewards have already been gobbled up, there is still the opportunity to get some original art ($80 level) or variant covers ($150 level) or if you just want the physical book ($20 level). So there are a few choices for all types of backers. 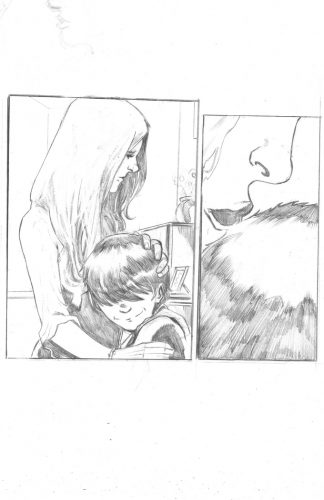 Time is short on the campaign as there is only a couple of days left, but I only discovered it tonight… I’d say if the story has touched you in some way… then take a look at the Kickstarter page.

To find out more about Christopher Campana, check out the Kickstarter here.

Writer of comics and novels. In 2006 his first short story "The God That Failed" was published by Terminus Media in their debut comic Evolution Book 1. Since that time he has had stories published in Terminus Media's Evolution Book 2 and Evolution Special, Kenzer and Company's The Knights of the Dinner Table, and Four J Publishing's The Burner #3. Currently he is eagerly awaiting the digital publishing of his first creator-owned comic The Gilded Age #1 to be published online as well as his first novel The Dark That Follows later this year.
View all posts by John McGuire →
Tagged  Christopher Campana, John McGuire, Kickstart the Comic, Kickstarter, Parker Reef.
Bookmark the permalink.