Kickstart the Comic – The Fox Chronicles #1

For there is something you are to do for this world and many, many other worlds.

Yet, the world around you is dark and full of monsters that appear the same as any other person who walks down the street. Those are the ones you must guard the innocent against.

You are destined for great things. 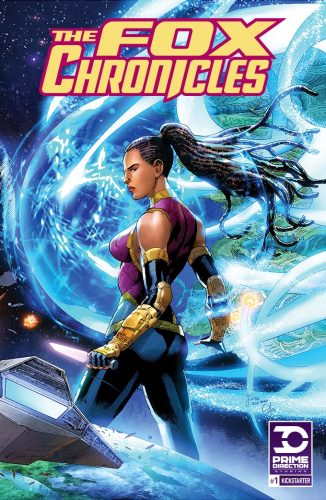 A coming-of-age futurist adventure. Full of action, suspense, and intrigue.

In this coming of age, centuries-spanning story, Autumn Fox finds herself caught up in a galactic power struggle when all she wants is to better her world. As sinister forces, terrestrial and beyond exploit the very systems we take for granted. Our story is going to follow Autumn, an Atlanta teen, as she tries to balance overly protective parents, friends, and the overwhelming need to protect those around her. The series is a must-read for fans of such genre-defining series as “Tomb Raider”, “Far Sector”, “Ironheart”, and “Netflix’s Voltron: Legendary Defender”.

As I’ve noted in the past, I’m with Robert Jeffrey II on anything he decides to write. I’ve watched his skills as a writer grow over the years, and am proud to be his co-writer on The Crossing.

With The Fox Chronicles, he is getting to build a character who appears to have one foot firmly on Earth and another that ties her to something ancient and deadly. This young woman at the center of the story is not only trying to figure out her place in a larger world but in a very large and scary universe.

But maybe more importantly is that this book wants to use its platform to illuminate an ongoing problem: the forced labor of women and girls. From the Kickstarter page:

“Every year millions of people are victims of forced labor with women and girls accounting for 71% of all victims.”

If we can help people gain an understanding of extremely important topics through our stories, then it only makes sense to do just that.

One of the first things you’ll notice is that there are three different variant covers available to order which will allow you to get exactly the cover you want for this tale ($50 level). In addition, there is an opportunity to get some Original Artwork ($100), and at the same cost, have a one on one with Robert Jeffrey II who has gone through the DC Writer’s Workshop. I have no doubt that he’ll have plenty of things to discuss with whoever goes for such a Reward. 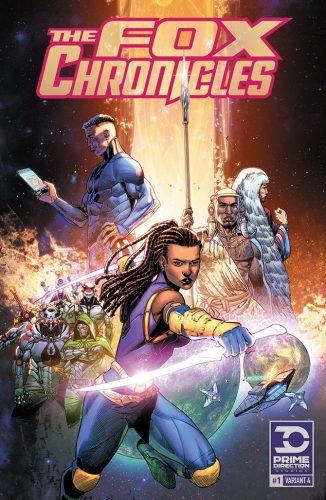 As I’ve said in the past, I’m with Robert Jeffrey II on pretty much anything he writes. But beyond that, I think that this is one of those true labors of love from the team. Seeing the artwork come in, reading the script, and just listening to them talk has me convinced.

Writer of comics and novels. In 2006 his first short story "The God That Failed" was published by Terminus Media in their debut comic Evolution Book 1. Since that time he has had stories published in Terminus Media's Evolution Book 2 and Evolution Special, Kenzer and Company's The Knights of the Dinner Table, and Four J Publishing's The Burner #3. Currently he is eagerly awaiting the digital publishing of his first creator-owned comic The Gilded Age #1 to be published online as well as his first novel The Dark That Follows later this year.
View all posts by John McGuire →
Tagged  Candice Han, Fritz Fulo Casas, John McGuire, Kickstart the Comic, Kickstarter, La'Vata E. O'Neal, Leo Patrice Ware, Marcus Williams, Pao Xiong, Prime Direction Studios, robert jeffrey ii, Sheldon Mitchell, The Fox Chronicles, Tony Cade.
Bookmark the permalink.