Kickstart the Comic – The Last Ember #1: Teenager by Day, Fire Goddess by Night 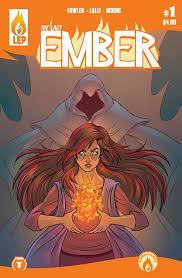 As seen in The Last Ember #0, this is not the first time abilities like this have manifested. In fact, it keeps happening over and over again, as it is destined to be. But something has happened and now Ember is the last of her kind… the last goddess of fire!

The Last Ember is the first and lead title of Last Ember Press’ Emberverse line. The series will delve into the mythology of Ember’s world as she learns about her past and what that means for her present and her future.

Ember will have to discover why she is the last of her kind, and what consequences that has for her life, her dreams, her aspirations. She hasn’t even figured out what college she wants to go to and now she must determine what she does with this huge responsibility thrust upon her. 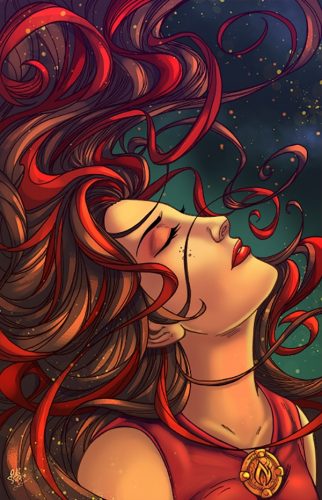 If I’ve learned anything from my own Kickstarter, it’s that the days both fly by and seem to drag on forever. On those where no one seems to want to back your book, they last for eons. And for the ones where you are getting backers from everywhere – they never last long enough.

Coming of age stories. Figuring out who we are. Why we are here? What is our connection to the past? These are universal questions everyone struggles with. How Ember Madison figures out her place will be very interesting.

One thing that this Kickstarter has done is add various Milestone Bonuses as they reach different funding levels. Unlike Stretch Goals, these actually happen on the way to funding. So far it has been various additional Pinups and other digital comics, which is definitely a good way to bring some excitement to those intermediate levels (like 60% funded).

Aside from the digital and print copies of both #0 and #1 being available at the early levels, if you really want to delve into the full catalog of Last Ember Press, the $100 gets you a print copy of every comic they have currently published.

And at the top end, there is also an option to get the Last Ember Press team to work on one of your comic book projects ($300). As you can see from their work on the page, you’ll get high quality in return. 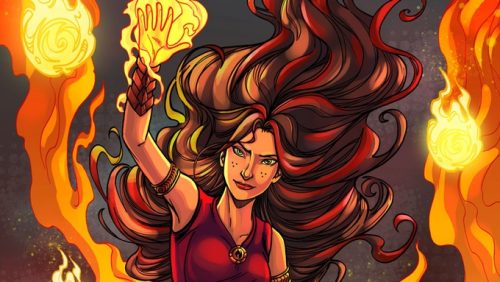 I’ve thrown my money in on this one. The fact that even at the lower reward levels they are ensuring so many milestone bonuses means you’re constantly getting something new to look forward to. So check them out!

To learn more about Last Ember Press, check out their website here.

Writer of comics and novels. In 2006 his first short story "The God That Failed" was published by Terminus Media in their debut comic Evolution Book 1. Since that time he has had stories published in Terminus Media's Evolution Book 2 and Evolution Special, Kenzer and Company's The Knights of the Dinner Table, and Four J Publishing's The Burner #3. Currently he is eagerly awaiting the digital publishing of his first creator-owned comic The Gilded Age #1 to be published online as well as his first novel The Dark That Follows later this year.
View all posts by John McGuire →
Tagged  Brant Fowler, Giulia Lalli, Jay McCarthy, Kickstart the Comic, Kickstarter, Last Ember Press, Lisa Moore, The Last Ember.
Bookmark the permalink.