Kickstart the Comic – The Owl Tribe

I love it when creators find a spot of history that very few people have decided to set up in and really make it their own. Here’s a book that not only does that but uses one of those pieces of North American history that doesn’t always get looked at in general, which creates a potential goldmine of ideas for the right person. 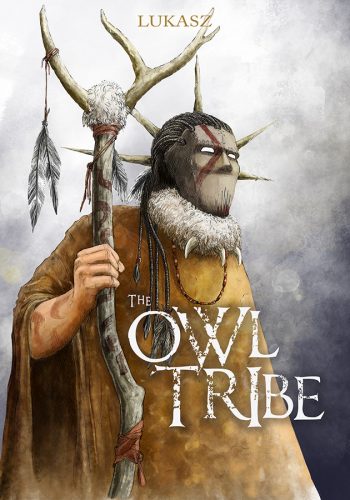 Precolumbian America… The worlds of Vikings and natives collide in this full-color graphic novel.

The Owl Tribe contains a single complete story which revolves around a hunt for a beast straight out of the native (and Norse!) legends. It is set in the time of Viking exploration of pre-Columbian America and features fantastic characters borrowed from the lore of native tribes while also drawing from Norse tales.

Years ago there was a movie called Pathfinder which dealt with Vikings coming to the New World. It’s one of those ideas that just clicks for me. So when I read the initial pitch for The Owl Tribe and it mentioned Vikings and the New World… well, that’s something I’ve got to see.

The level of detail in some of the drawings, the weapons or equipment… not only am I pretty sure those took some effort to do, but they really sell me on the realism side of things. These are people who are clearly passionate about this story and want to make it as authentic as possible. 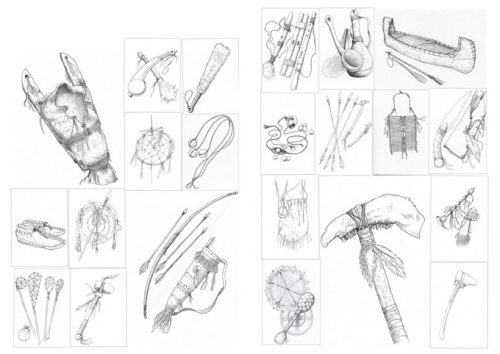 There are both the print and digital options to start. Then some art prints (which you should go to the Kickstarter Page to check out those if you do nothing else). However, for those who would rather make an appearance within the comic book, there is both a Single Appearance opportunity ($137 Level) and a chance to become a Secondary Character in one of the scenes ($242 Level).

But the one that is unique is the Art Commission where it appears you can have a One-Page story drawn up in this style. That’s a very cool opportunity that I’ve not seen in other Kickstarters ($320 level). 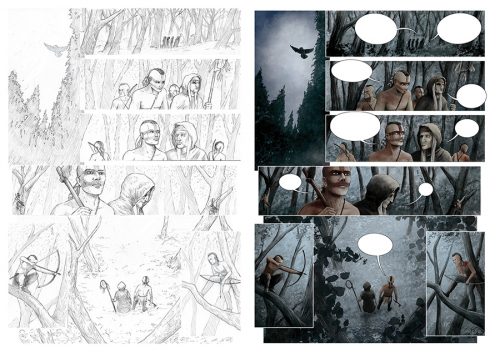 One of the biggest things going for this project (aside from the material, obviously) is that this has already been completed. Especially with something of this scale: 100 page graphic novel with 56 of that being the story, that’s a good thing (nobody likes to wait for months and months if they don’t have to).

More than that, this book just looks like one you know you’ll get drawn into… or, at least, I know I will. 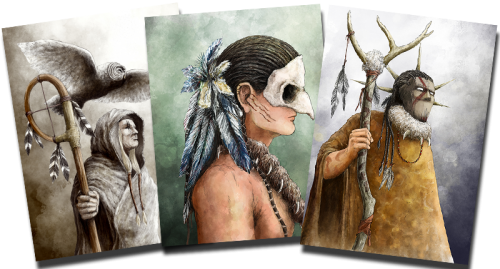 For more information on The Owl Tribe, check out their Facebook Page here.

Writer of comics and novels. In 2006 his first short story "The God That Failed" was published by Terminus Media in their debut comic Evolution Book 1. Since that time he has had stories published in Terminus Media's Evolution Book 2 and Evolution Special, Kenzer and Company's The Knights of the Dinner Table, and Four J Publishing's The Burner #3. Currently he is eagerly awaiting the digital publishing of his first creator-owned comic The Gilded Age #1 to be published online as well as his first novel The Dark That Follows later this year.
View all posts by John McGuire →
Tagged  John McGuire, Kickstart the Comic, Kickstarter, Lukasz Wnuczek, Luke Cartwright, The Owl Tribe.
Bookmark the permalink.