Kim Frandsen: The Cleric of Keeping It Classy

[“Talking Classy Barbarians with Kim Frandsen” and “Kim Frandsen: The Bard of Keeping It Classy“]

EGG EMBRY (EGG): Kim, this is our third “Keeping in Classy” interview (Barbarians and Bards, so far). To that end, pitch me your classy clerics!

KIM FRANDSEN (KIM): One of the things that always bothered me about clerics in 5e is a certain lack of choice. They’re only so many domains in the core books (and not exactly a lot more if you expand to other books), but when you look at the rich mythology of our world, as well as that of the various gaming worlds, then you can’t really just narrow it down to the 11 domains that are currently in the official WoTC releases. Things like the Trickery domain applying to both Mask (the god of thieves), Beshaba (the goddess of misfortune), Tymora (the goddess of luck) AND Shar (the goddess of darkness and secrets) just feels wrong. So I aimed to expand that as much as I reasonable could. 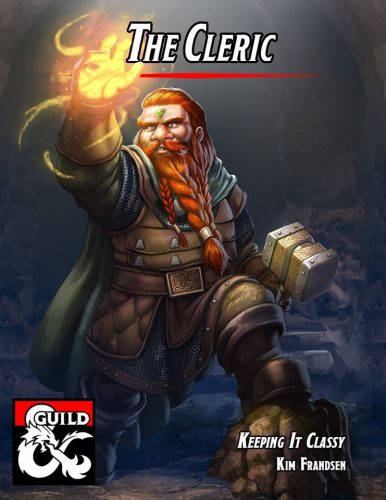 EGG: Will these will be setting-neutral clerics, or are you creating a mythology for them?

KIM: These are all setting-neutral clerics. I did toy with the idea of adding in a “make-your-own-pantheon” idea, but I realized that while that would be interesting, it’s not for this book. This book is for players, i.e. it has class options, race options, background and equipment. Something like a “build a pantheon” deserves its own treatment to do it justice. It’s also a matter of scope. If I added that in, the book would likely be twice as long as it is now, and it’s already bigger than the other two Keeping it Classy books. 😛

EGG: Does creating clerics without a specific world in mind make this easier or more challenging?

KIM: It makes it more challenging without a doubt. I tried to tie in the domains and backgrounds to all our classic tropes, stories and campaign worlds out there. So, for the majority of the domains, there are examples from both the campaign worlds and our own world, of which deities would typically offer these. That said, I do recommend that a DM takes a moment to think about the various domains that a player wants to access, to choose which deities it applies to, and to think outside the box. There is no reason why a domain shouldn’t apply both ways in the alignment scale, if given a bit of thought. For example, the Disease domain is skewed towards evil, i.e. the inflicting of diseases. But I’ve made sure to include a few curatives, to give people that option. After all, there are people out there CURING disease too, and they could have that domain. (Also, even evil clerics sometimes want to help their allies, and a plague IS a bit unhelpful). 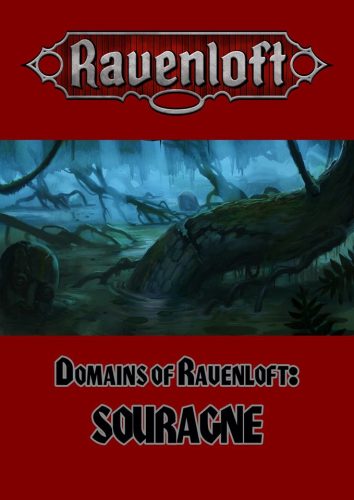 EGG: With this book, you’ve onto three related pieces. Are there any Easter Eggs or crossover between them?

KIM: Direct crossovers, no. But there are some synergies between some of them. They’re not requirements, but they would work together well. The one that stood out in my mind was two of the backgrounds. The Barbarian had a background called “Out of Time” – where essentially, they were a time traveler from an age long past. The Cleric book has one called Reborn – and it is literally that. Someone given a second chance from the afterlife, either by a good or spells like reincarnate. I think it would be a fun party to DM – two friends from another time, come back together, through different paths.

EGG: Did you write all of this one?

KIM: No, there are no new spells in this one. Again, it’s a matter of scope and space. I could have added them, but the book would be enormous if I did. I wanted to give people room to play with what is already available, add customization without muddying the waters with more spells. 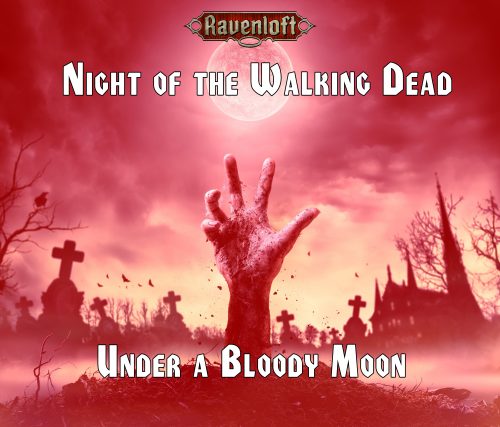 EGG: Any new monsters or PC races to play?

KIM: There is, the Kornfar. A race of ex-humans that were exiled thousands of years ago to Limbo, and who have now come back. They’re extremely orderly, as that’s what kept them alive, and all of them believe in SOMETHING. They’re a very religious (if not fanatical) race, but they don’t stick to one religion. The religion of each individual is their choice (though the rest of them might not necessarily agree). I’d been planning on giving them masks – sort of  the idea that their actions should speak for them, not whether they have a pretty face – and Dean Spencer happened to put out a piece of art while I was writing the book that was PERFECT for them.

EGG: You’ve done memes before, what memes are you doing for this campaign?

KIM: I haven’t actually had time to come up with any for this one! I am planning to though. The book is about to enter the editing stage – so I’m going to put a few out there. I did do one that you can see here. 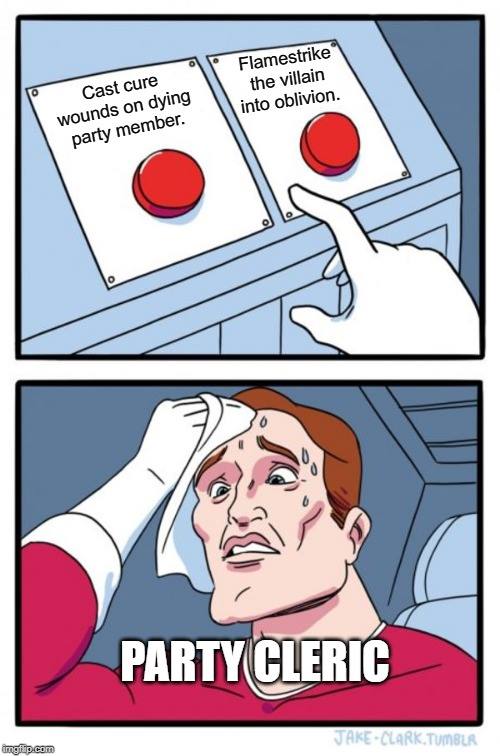 EGG: How did your first and second book do, sales-wise? Where do you think your current book will land among them?

KIM: The Barbarian book did really well. It performed far beyond my expectations. The Bard book, not so much. At this time, it’s only just broken even – i.e. I’ve not earned anything on it, so all it has cost me is time and effort. I have no idea why that is, but maybe people don’t play bards as much as barbarians. 😛 – Obviously, I’m hoping that The Cleric book will do as well as The Barbarian book, but I’d be happy if it lands somewhere between the two. 🙂

EGG: Where can fans find more about your books and this one that’s coming out?

KIM: I try to keep active on all the social media, Facebook, Twitter, and Instagram – but I’m not quite as active on Instagram as I probably could be. That said, at the moment, it’s a good idea to keep an eye on what’s going on, as I’ve got two more books in the making. They’re not Keeping It Classy, but they’re one of those “from the heart” projects. A domain book for Ravenloft for Souragne and a spiritual (and actual) sequel to an old adventure in that domain: Night of the Walking Dead. The images you can see here are the work-in-progress shots for the covers, so they’ll likely see some changes.

As for a release date: it’ll depend on the editing process by now. I’m guessing end of September, start of October, so watch this space. 😊

Egg Embry wrote comic book short stories, edited comic book series, wrote and drew a webcomic, and contributed to comic book journalism across the 2000s. Now, he buys the opportunity to write for a variety of tabletop role-playing games in the tradition of vanity press. NOTE: Articles may includes affiliate links. As a DriveThruRPG Affiliate/Amazon Associate/Humble Partner I earn from qualifying purchases.
View all posts by Egg Embry →
Tagged  DMsGuild, Keeping It Classy: The Cleric, Kim Frandsen.
Bookmark the permalink.