Movies I Should Have Seen By This Point

This post was spurred on by a moment with my wife a few weeks ago where she mentioned she’d never seen any of the Alien movies. I had two responses:

“You haven’t seen them? What are you doing with your life!?!”

“Don’t let Amanda Makepeace know, she may stop being your friend.”

We’ve all had that conversation – “You haven’t seen XYZ thing? How is that possible?”

Sometimes it is a classic and sometimes it just is one of those movies you assume that everyone has seen (unless you are talking with Chad Shonk, in which case he HAS already seen it and he’s probably shaking his head at your ignorance – and by “your” I mean “my”). In fact, once he gets done reading this post he may go Clockwork Orange on me. 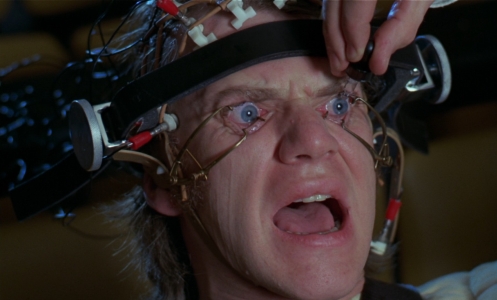 This is what I’m worried about.

Listen, I’m not being too cool for school here. I’m not pulling some weird power play and not watching them for some kind of agenda (like I’ve heard people say about the Star Wars movies “I haven’t watched them yet, so why should I bother?”). This is more to do with us all leading busy lives… and me needing to watch Office Space for the 97th time instead.

Big Lebowski – So I’m not familiar with The Dude. What little I do know about the movie… well, now that I think about it – I don’t know ANYTHING about the movie. I know that Jeff Bridges is in it. And I know…

Lots of people seem to quote it a fair amount.

Sadly, I own the movie after seeing it in a $5 bin at Wal-Mart and still haven’t opened it up yet and watched it. Which is kinda strange since it is Veronica Mars’s favorite movie in the show and my wife hasn’t sat us down to watch yet.

Scarface – Al Pacino as a mobster/gangster in Miami. That could be enough.

It is my brother-in-law’s favorite movie.

I have seen the “say hello to my little friend” moment. But then again, that moment is apparently so iconic that you could be deaf and blind and still would know every beat, ever bullet which Pacino empties into his enemies. 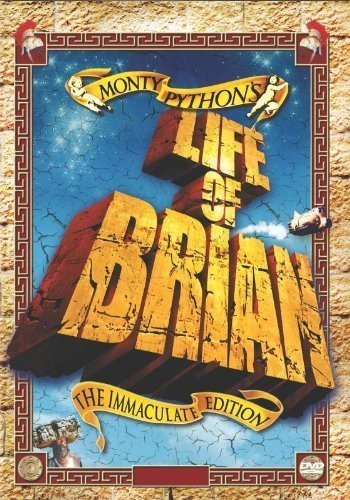 Monty Python’s The Life of Brian – I have seen The Holy Grail. And I like it. I figured that would be enough. But over the years I’ve heard others talk about this movie. How it is funnier than Grail (impossible). And then more and more people mention it. Very much a “yes, Grail is excellent, but what do you think about Life of Bryan?” And I have to shake my head and suffer under their disappointing stares.

Fast Times at Ridgemont High – This feels like one of those movies my sister and I should have been watching when we were binge watching the John Hughes films. But at the same time, I was fine not having seen it. But more and more time passes and now other movies and tv shows are referencing moments from it – and again, I feel a little left out of the cultural conversation.

And then I saw the other day it was written by Cameron Crowe. Now I have no excuses left.

The Rocky Horror Picture Show – I just, you know… something about this… I can’t figure out what it is about. Why should I feel like I should have watched it by now? Maybe it is really just a cult film and I’m not going to be one of the cool kids.

And then there is the idea that you need to see it in a group to really enjoy it. I mean, why would that matter?

Yet, I am intrigued. Not yet intrigued enough to have watched it, but enough to put it on this list… so that is something. 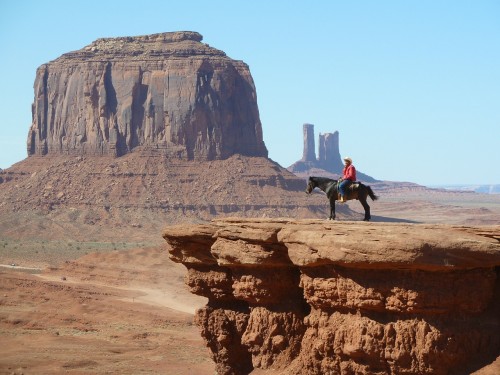 So many Westerns – The Magnificent Seven, The Man with no name trilogy (I have seen The Good, The Bad, and The Ugly, but not the others), Lonesome Dove, and so on. I love westerns. I actually would like to write a western. I have a bunch in the Netflix queue as “research” (the great equalizer  – “honey, it’s research!”). And I have seen a whole bunch, but the biggest ones have mostly avoided me. But slowly I am working my way through them.

And I have some time before I’m going to write that western.

The Godfather – I think I should keep this one a secret. Men have lost their “guy card” for admitting this much. But I am brave enough to admit it. And to note that I bought this one probably 2 years ago to solve this problem. I mean, it is considered one of the best, if not THE BEST movie of all time by many. And I like movies. And I like mob movies. And this is the big one.

So it too sits on my shelf, collecting dust. This is a movie who wants to be watched.

But I also have a fear… what if I don’t like it? There have been “classics” that I have not been over the moon about. Is it better to have this image in my head of what the Godfather MIGHT be or have the real thing but dislike it?

So there they are, all my movie sins… OK, some of my movie sins on display. I promise, they are on the list to be watched.

Writer of comics and novels. In 2006 his first short story "The God That Failed" was published by Terminus Media in their debut comic Evolution Book 1. Since that time he has had stories published in Terminus Media's Evolution Book 2 and Evolution Special, Kenzer and Company's The Knights of the Dinner Table, and Four J Publishing's The Burner #3. Currently he is eagerly awaiting the digital publishing of his first creator-owned comic The Gilded Age #1 to be published online as well as his first novel The Dark That Follows later this year.
View all posts by John McGuire →
Tagged  John McGuire, movies.
Bookmark the permalink.