I’ve always been drawn to nature, wildlife and the fantastical. Those same themes are what show up in my art 95% of the time. The other 5% is reserved for Science Fiction and Horror. I’ve painted space scenes on canvas with acrylics and I’ve painted them with my Intuos in Photoshop. Space is wondrous. Space captures the imagination. I took Astronomy in college, just because I could. Though I’ve never been there I feel I know it, as we all do, through images from the Hubble Space Telescope. That’s where my story of space begins. I grew up with a cousin who worked for NASA. She’s an engineer who worked on the Hubble project. She lived with us for a time when I was 5/6 years old. Her influence left a lasting mark. 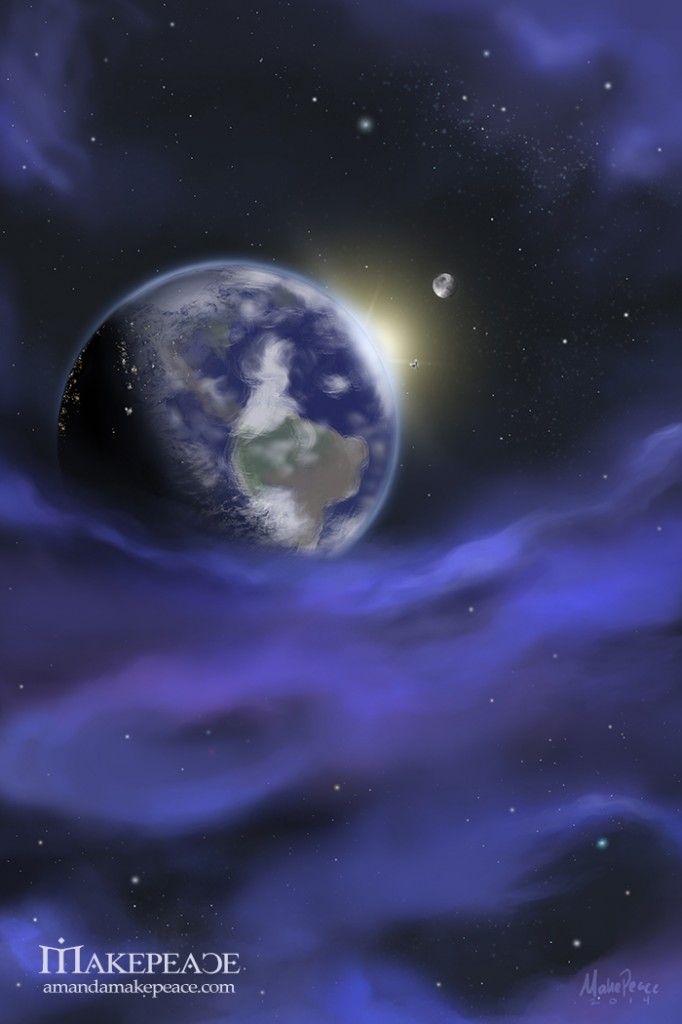 Sleepers is my new commissioned painting from J Edward Neill. He’ll have some news here shortly about his new mini project, which will feature this painting.

Painted in Photoshop with an Intuos4. I don’t have any plans to add this to my shop (that could change in the future), but prints are often available upon request. Also, commissions are now closed until after DragonCon. Oh, I forgot. I haven’t mentioned that piece of news on Tessera, have? I suppose that’s for another post.

Amanda Makepeace is an award winning illustrator inspired by nature, mythology, magical beings, and distant worlds. She is the co-founder of the Bird Whisperer Project, a monthly art challenge focused on spreading the the love of birds and art making for everyone. Her art has appeared in ENnie award-winning games and on the covers popular independant novels and anthologies. Her latest project is the cover art for the Long List Anthology Volume 4, a book featuring Hugo nominated stories. Amanda is a regular at Fantasy and SciFi conventions in the southeast, and an award winner at JordanCon, DragonCon, ChattaCon, and LibertyCon. http://www.amandamakepeace.com
View all posts by Amanda Makepeace →
Tagged  art, digital painting, inspiration, makepeaceart, NASA, SciFi, space.
Bookmark the permalink.