In ancient times we made up stories about the gods and goddesses in order to explain the craziness of the world we lived in. Instead of science we had myth in order to understand the phenomenon we encounter every day. From those stories the legends that were the gods began to take shape. Our very thoughts brought them to life.

Yet as time went on the need for these pantheon of beings more powerful than ourselves went away. They were replaced by our modern religions until now they are taught in schools for their stories. They are called myths and we chuckle that we might have been so primitive enough in our reasoning to think that was how the world worked. 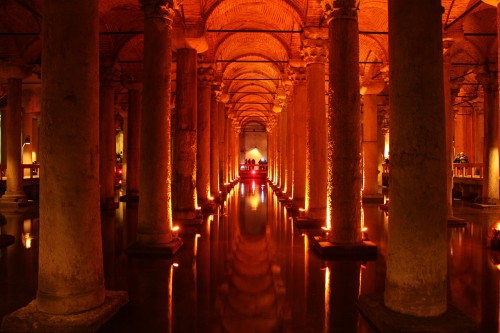 What people don’t realize… what I didn’t realize until this last year or so, is that there are new gods being created every day. And while they don’t have the coolness of names like Zeus or Set, I’m sure somewhere the Selfie god is enjoying the creation of more duck lips (that’s how he knows you truly love him – it’s like a secret language). The Social Media goddess is one of many faces, all of them engaged with someone else in an attempt to make as many friends as possible and “win” the internet. And let’s not forget about the modern-day David and Goliath, cousin gods forever locked in a deadly combat: Windows and Apple. One forgetful and moody, and the other smug and full of itself and its power.

However, I did not come to talk about those, but about another one I have learned about. I know my wife is one of her high priestesses as she invokes her name every day and most days she does so many times over. 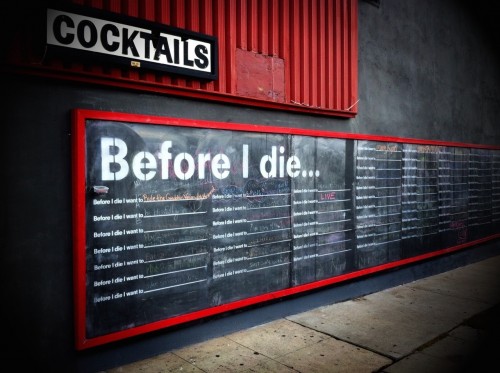 She will guilt you until you have appeased her. Don’t add something just to be able to cross it off, for this will anger her in ways you cannot possibly fathom. And as your lists grow and diminish, you will find it has a heart beat of its own. In your hands, notebook, laptop, tablet, phone, whatever is something to which you much feed, else you will surely be crushed under its weight.

You will know her by her appearance. Bullet points lining a page becomes the Mona Lisa in the hands of one of her worshipers. Forget understanding why the item needs to be completed, the only thing that matters is doing the latest task.

And the guilt at not doing your fair share of the list? Unbearable. You will toss in your bed at night, unable to greet the sweet release of sleep as every item weighs down on you like a stone pressed to your chest. 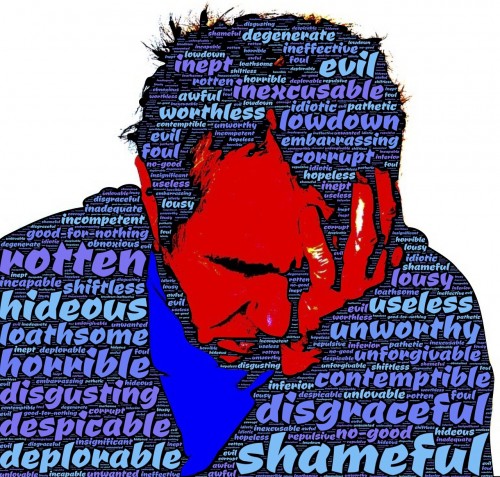 In order to stave off the insanity, you will begin to add more and more mundane tasks to the List. Cleaning up the kitchen suddenly gets broken into different appliances, because why only mark off ONE thing when I can mark off FOUR.

Need to call a friend, better write it down. Remember, if you don’t do it now then you will have only yourself to blame when she extracts her vengeance on you. The pit in your stomach, that’s her. Always watching, always demanding of more and more in tribute.

And you will claim to no longer need such things. You will delete the files and throw out her stationary (post-it notes), but she will linger, trying to explain how great and wonderful she can make you if only you’d mark one thing off today. Just one thing.

Perhaps you need to get a blog done? Better finish it before your deadline. Better to let the world know of her existence than suffer for one more day under her watchful eye.

And now that you are done, strike the item from the list.

Writer of comics and novels. In 2006 his first short story "The God That Failed" was published by Terminus Media in their debut comic Evolution Book 1. Since that time he has had stories published in Terminus Media's Evolution Book 2 and Evolution Special, Kenzer and Company's The Knights of the Dinner Table, and Four J Publishing's The Burner #3. Currently he is eagerly awaiting the digital publishing of his first creator-owned comic The Gilded Age #1 to be published online as well as his first novel The Dark That Follows later this year.
View all posts by John McGuire →
Tagged  John McGuire, Modern Gods, to do list.
Bookmark the permalink.