No One Is Safe

If a show sets up an expectation that anyone can die and then showcases a handful of characters… is it really being true to its core premise? To put it another way, at what point does your desire to see further main characters killed off interfere with story and enjoyment? When does worry as a viewer disappear? When is it replaced with apathy at what may come?

“I just don’t feel like any of the main characters are in real danger.”

Both a solid argument and a bit of strangeness all rolled into one. For we all have watched the serialized shows for the past twenty some odd years. And with their coming it means we are watching lives twist and change through each zombie apocalypse, vampire slayer, gangster talking to a shrink, plane crash survivors, high school teacher turned criminal mastermind… all of it. Through it all, whether we knew it or not, we were watching a show not only likely to get some characters killed off, but they might very well be people we enjoyed watching. It put us at the edge of our seats week in and week out.

Does that change as the shows go on longer? Assuming the writing quality doesn’t suffer from the weight of its own success, is the idea “Anyone can die” enough of an idea to ensure the ratings don’t suffer.

And if it does, what can the writers do to bring that… fear back to the viewing experience?

I read comics, a format where if you read the adventures of Batman or Spider-man then the one truth is pretty much universal – the hero isn’t going to die at the end of the issue (and for this argument I’d like to say that yes, some of these characters have “died” and they have come back – but you have decades worth of stories where they just go on and on). My point is that I don’t need the fear of death for my characters to enjoy a comic book. I just need the story to be compelling in some fashion or another.

I would think that in order to have a serialized show there has to be a consistent POV. And while many serialized shows have contained multiple POVs, I still must care somewhat about the characters. So a lot of times the whole idea of “No one is safe” is very artificial. Buffy killed off a potential main cast member in its pilot episode. Angel did the same about half-way through its first season. Lost killed off some characters you loved and let others you hated stick around for longer than they should have.

Odds were high, though, that Jack and Buffy and Angel and Walter were going to keep going for the majority of the show. And I would assume anyone who loved those shows wouldn’t want those particular characters to die without some huge (HUGE) reason behind it from a story perspective.

The two shows currently airing which try to walk this line (as far as the idea “anyone can die”… well almost anyone… well maybe just the supporting characters… and Sean Bean…”): Game of Thrones and The Walking Dead.

From what I’ve seen and read from both series (being a fan of the books and comics), I have to believe each contains a handful of “untouchables”… at least until the final season of each. There are certain characters I expect will continue to breathe life in their respective universes. GoT – Arya, Danny, and Tyrion seem the most likely. WD – Rick and Carl… with Carl actually being the absolute last survivor from our original group (my personal theory on how that story could/should possibly end).

The Walking Dead probably has the greater burden of the two, being in the post-apocalyptic world where, if we’re being honest about it, people are just fodder. A place where every day could and probably should be your last. Over the seasons they introduce new characters and kill off preexisting ones, but there has slowly become a “core” group who have managed to stick around from season 1 through the end of this last season. Is it a bad thing this has happened? Remember, we’re not watching an anthology where the characters only are on set for the episode or two. We need to build a connection with them (thus connecting us to the show itself).

Game of Thrones goes through episodes where no one dies, and then all of a sudden, everyone is gone. It also has the benefit of being much closer to a planned ending (only 13 episodes left total between this season and last). Things are coming to a head, which means those characters we’ve grown accustomed to watching may slowly drop away without us realizing it’s about to even happen. 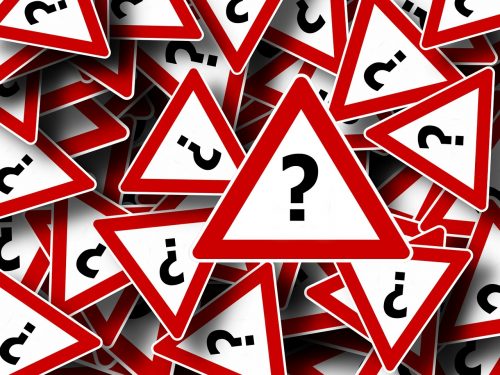 So is unpredictability a good thing or the only thing?

I’m not sure if past a certain point it matters all that much. Most of the time, I’m willing to forgive a show some smaller things if they’ve delivered on their promises in the past.

So obviously I think everyone can die at any instance? No. Honestly, I assume most main characters are going to make it a little while longer. I don’t expect to Sansa die anytime soon… I don’t expect Michonne to kick the bucket this coming season. And that’s the thing… I don’t need to fear for their lives… not when I can still fear for their souls.

Writer of comics and novels. In 2006 his first short story "The God That Failed" was published by Terminus Media in their debut comic Evolution Book 1. Since that time he has had stories published in Terminus Media's Evolution Book 2 and Evolution Special, Kenzer and Company's The Knights of the Dinner Table, and Four J Publishing's The Burner #3. Currently he is eagerly awaiting the digital publishing of his first creator-owned comic The Gilded Age #1 to be published online as well as his first novel The Dark That Follows later this year.
View all posts by John McGuire →
Tagged  A Game of Thrones, death, John McGuire, no one is safe, The Walking Dead.
Bookmark the permalink.