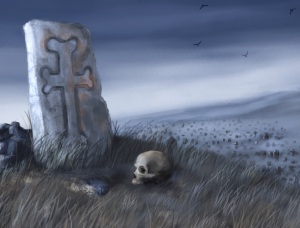 Long ago, the empire of Vhur was the world’s most powerful.

But that was before the Lichy plague. Now, twenty years and millions of dead later, only a few cities remain. The survivors walk a fine line between staying alive and crumbling into the grave.

Come the Night of Knives, even these last few might perish…

The Kindle Version (Episode 1 is FREE!!!)

Also available as a beautiful softcover with artwork by Amanda Makepeace.

When everything else rots around you, you’ve only got one choice…