Is it too late for the Fantastic Four?

So the Fantastic Four movie came out this weekend. I did not see it. I will eventually see it when it hits OnDemand or some such nonsense, but I was kind of iffy on the whole idea of them rebooting the franchise in the first place after they did such a bleh job with the first two movies. 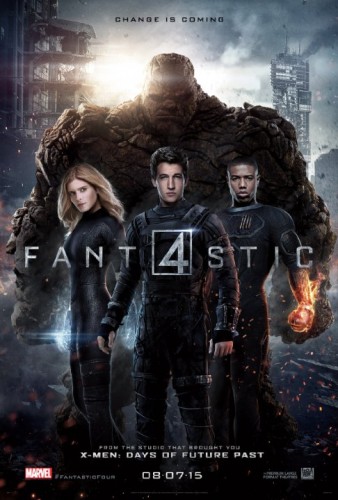 Let me set the record straight though… I try to maintain an open mind when it comes to these movies. Just because it is not Marvel Studios does not immediately mean that it is going to be terrible or awful or whatever. Most of the X-Men movies would like to explain that they vehemently disagree with such a statement (as would the first 2 Rami Spider-man movies, but I digress). I try to keep an open mind when it comes to Ben Affleck as Batman because I remember reading about how no one thought Michael Keaton could do the job in the 80s and he killed it. 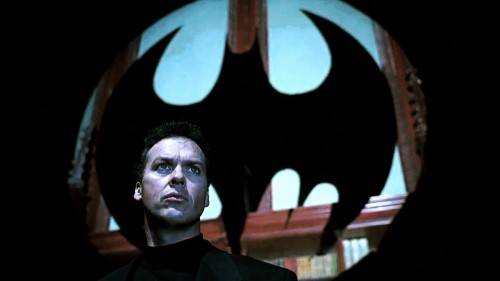 <Alright John, they get it. Now on with the skewering.>

Right, the FF movies. What is going on over at Fox? I can’t believe that they can’t figure this property out. I wrote about the seeing the trailer back in January and just the overall concept of the Fantastic Four here. But what I can’t figure out is that they have 50 years worth of stories with these heroes and they keep going off the rails trying to make it different or trying to tie Doctor Doom in with their origins.

So it makes me ask: is the Fantastic Four something that just can’t work in a movie format? Are they too much of a product of either their time or the idea that they are not really superheroes first (they’re explorers). If that is the case it is nothing to be ashamed of. There have been plenty of excellent comic book writers who didn’t seem to “get” one aspect of the FF or another. It isn’t an easy concept to wrap your brain around because if you only have them exploring the unknown then are audiences going to wonder where the heck the superhero fights are? And when they treat them as more superhero than not… well we get what we’ve always gotten.

So now, after such a dismal opening weekend (about 1/2 of what they were expecting) it’s caused the hard-core Marvel Studios fans to hope that THIS might be the thing to get control back in the right hands. These are the same people that prior to the movie’s release were hoping for this exact outcome. That if FOX loses too much money they will “come to their senses” and send the property packing.

The thing is, had Marvel Studios had the rights to Fantastic Four and X-Men and Spider-man we wouldn’t have the Avengers franchise (or certainly not the way it is today). Marvel had to look at their library and realize “we don’t have some of our top line characters… what the hell do we have?”

If FF were brought back into the fold, would they even want to focus on those characters for the time being? Sure we’d get mention of the Baxter Building, but those types of Easter Eggs are for the hard-core fans. Marvel already has its slate of movies for the next 4, 5? years it seems. They have a plan and seem to want to stick to it. The last thing you want is another of these movies pushed just because they have the rights back (plus the movie-going audience may not forget how bad this one seems to be – that’s going to be an uphill battle just to start).

I guess there is one reason for me to get on the bandwagon in regards to Marvel getting the rights back… maybe Doom can show up in an Avengers movie. Maybe that’s the one thing that might be able to rehabilitate the first family of Marvel? 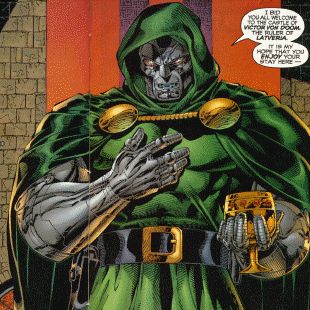 A well done Doom would be amazing.

<Oh and why can’t they just steal a rocket in order to go into space? Given the private industry side of things when it comes to rockets to outer space… this idea makes more sense now than it did in the 60s (Space Race aside)… Stop trying to reinvent the wheel. Please.>

<Just something else I don’t understand.>

Writer of comics and novels. In 2006 his first short story "The God That Failed" was published by Terminus Media in their debut comic Evolution Book 1. Since that time he has had stories published in Terminus Media's Evolution Book 2 and Evolution Special, Kenzer and Company's The Knights of the Dinner Table, and Four J Publishing's The Burner #3. Currently he is eagerly awaiting the digital publishing of his first creator-owned comic The Gilded Age #1 to be published online as well as his first novel The Dark That Follows later this year.
View all posts by John McGuire →
Tagged  Comics, Fantastic Four, John McGuire.
Bookmark the permalink.