In City of Mist, you play as legendary figures of myth reborn into ordinary people who gain the powers of their legendary alter-egos. Play as a hard-boiled detective with the powers of the Monkey King or a fashion tycoon who is the incarnation of Aphrodite and hit the streets looking for answers about who you truly are and about the insidious powers ruling the City from behind the veil of the Mist. Balance your normal life with that of your magical alter-ego as you engage in tense investigation and cinematic conflict throughout the City.

City of Mist is inspired by the world of super-powered noir graphic novels and TV shows, such as Daredevil and Jessica Jones. Through its innovative ‘tag’ system it allows you to flesh out a character entirely unique to your imagination via purely descriptive tags. This enables a vast array of different characters to be created and for new players to easily be able to be introduced to the game. Your choices within the narrative of the story and world are influenced through eight core ‘moves’ which provide different dramatic outcomes based on your character and what you roll on the dice. This allows for fast, fluid play full of danger, consequence, and narrative. 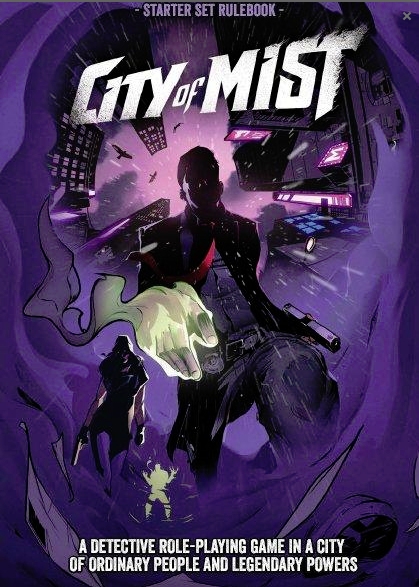 WHAT IS CITY OF MIST RPG ABOUT?

Here’s the lowdown: City of Mist is a modern city where legends are real people. Heroes, tricksters, and monsters are reborn inside ordinary people, regular Joes and Janes, who gain supernatural powers connected to their legendary alter-egos.

The mystical veil of the Mist hides these miraculous powers from the other, sleepwalking residents of the City. It makes armor look like a flak vest and fire breathing like a cheap party trick or a gas leak explosion, so no-one ever knows about the legendary. Modern-day legends exploit this to run secret lives and insidious organizations behind the veil of the Mist.

This is your City: gritty, corrupt, and rife with magic and mystery.

Player characters in City of Mist are ordinary people in whom a legend has awakened. You play a unique combination of a real-life persona and a legendary Mythos, from a street-cleaner with the powers of the Monkey King to a fashion tycoon who is the incarnation of Aphrodite. Your life is a game of balance between magic and normality.

Together with your ragtag crew of Rifts, you will hit the dark streets to uncover the insidious forces at play in your City, confront ancient legends in modern-day guise, and discover what you truly are…

DIVE INTO THE INVESTIGATION AND UNCOVER THE CITY’S UNSPEAKABLE TRUTHS…

Someone is running the show in this City, and it’s up to you to find out who. You need to talk to the right people, ask the right questions, and sometimes take answers by force. Are you doing it out of the kindness of your heart or because you have a stake in the matter? Either way, the truth must be revealed.

For gamemasters, both new and experienced, City of Mist makes writing investigative adventures easy, using the Iceberg Model. Check out the MC Toolkit for a complete case-writing guide. 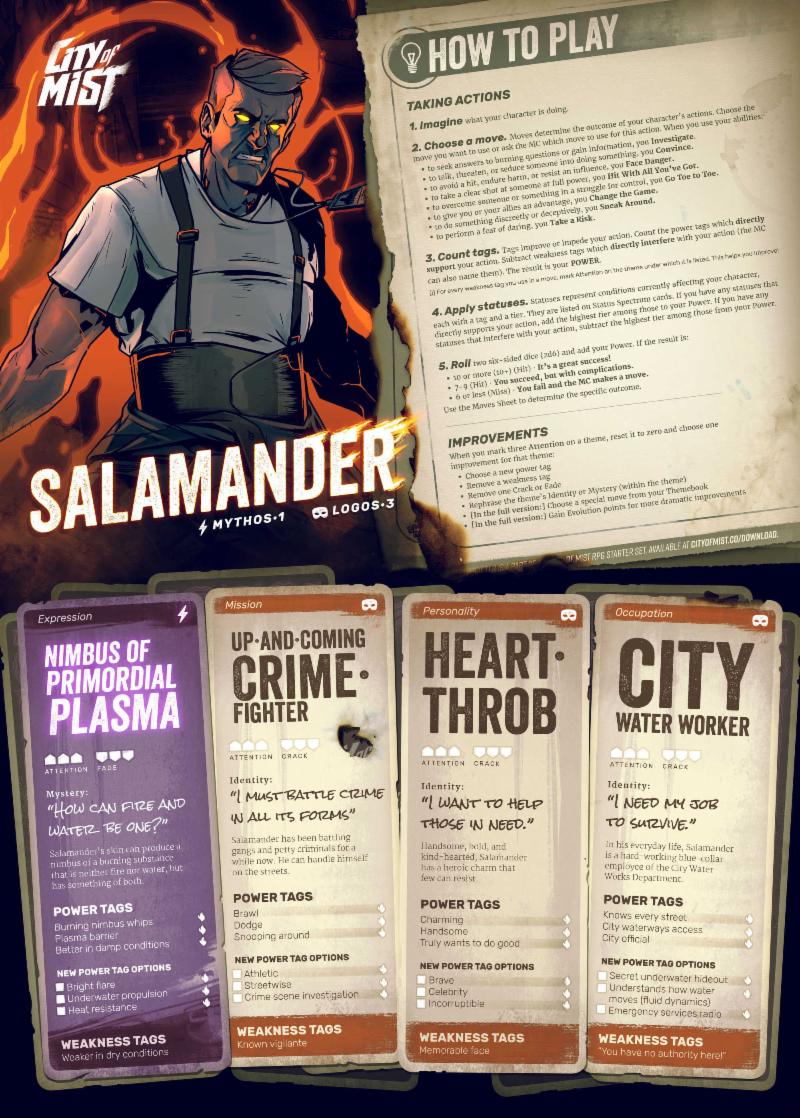 Inspired by super-powered noir graphic novels and TV shows, such as Daredevil, Jessica Jones, and Fables, the City of Mist game system encourages you to get creative and experience cinematic moments with every action you take. 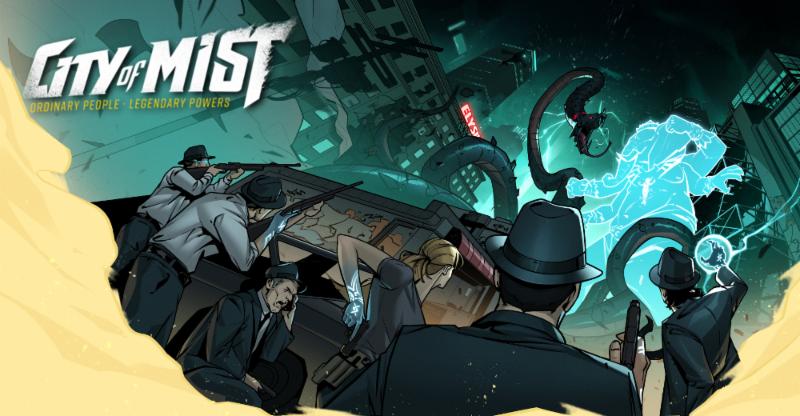 The City of Mist Players Guide, MC Toolkit, MC Screen and Starter set are now all available to purchase.
A slew of PDF and digital supplements:

Egg Embry wrote comic book short stories, edited comic book series, wrote and drew a webcomic, and contributed to comic book journalism across the 2000s. Now, he buys the opportunity to write for a variety of tabletop role-playing games in the tradition of vanity press. NOTE: Articles may includes affiliate links. As a DriveThruRPG Affiliate/Amazon Associate/Humble Partner I earn from qualifying purchases.
View all posts by Egg Embry →
Tagged  City of Mist, Modiphius Entertainment, Powered by the Apocalypse, Press Release.
Bookmark the permalink.