PRESS RELEASE: Get Spooky this Halloween, back the Gruesome Ghoulies™ RPG Kickstarter 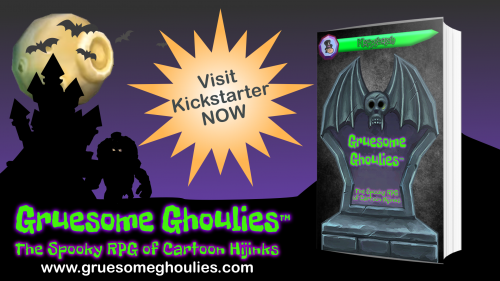