ST. LOUIS – April 25, 2019 – Local indie game developer HopePunk Press launched a Kickstarter today for their flagship game, Spaceships & Starwyrms. The crowdfunding campaign has a goal of $7000 and will run until May 30th. 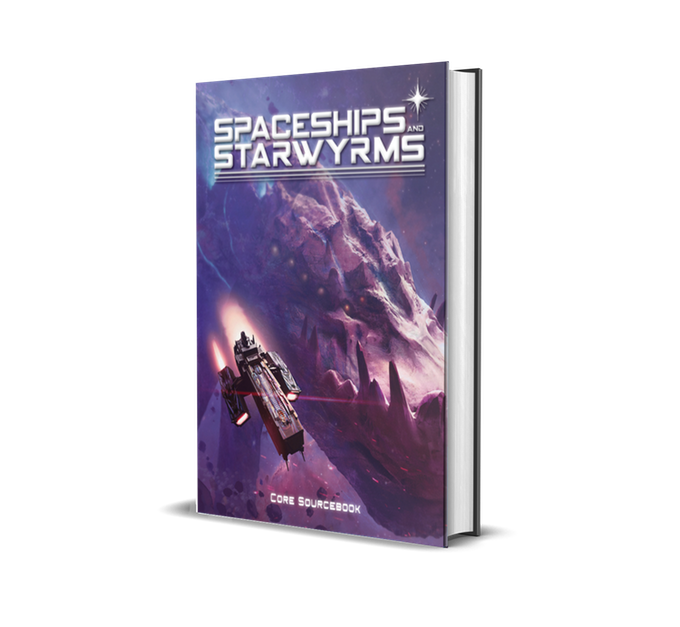 Spaceships & Starwyrms is a science fiction tabletop game based on the d20 system rules made popular by Dungeons & Dragons. It introduces rules and options tailored to the sci-fi genre and comes with a fully-realized setting known as the Nacora Galaxy. The Core Sourcebook promises nearly 400 pages of content. “I think this product is a great option for running D&D in space, both thematically and mechanically. It’s well designed, clear, and attractively laid out,” said Mephit James, a St. Louis game reviewer.

HopePunk Press founders and St. Louis natives, Benjamin Quiggins and Audrey Stolze, describe their company’s philosophy as one that “seeks to tell stories about light in the darkness”. With an emphasis on inclusivity, accessibility, and “radical optimism”, HopePunk Press strives to create games that appeal to a wide audience.

Spaceships & Starwyrms was published digitally in December 2018 on drivethrurpg.com. With their Kickstarter, HopePunk Press is aiming to publish a print version of the game, as well as to release new supplementary content in both digital and physical form. “Tabletop games aren’t a niche hobby anymore. We wanted to share our enthusiasm for tabletop and the sci-fi genre with other folks,” said Stolze.

More information about the product and HopePunk Press can be found at https://hopepunkpress.com/.