Sadly, There Is No Easy Button For You

Spam has taken on a new meaning for me ever since I decided to publish The Dark That Follows and start writing a weekly blog. Then again, spam has probably morphed over time regardless to what I’ve done. It just seems I’m paying attention to some of it more than I might have been in the past. 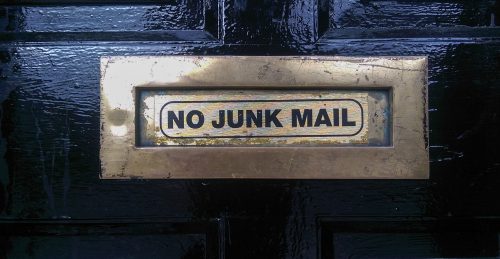 “Learn how to drive more traffic to your blog!”

“Make her excited-” erm… OK, maybe not that one. But you get the point.

According to when and where I actually come across these potential articles/blog posts/click-bait/random something else all determines as to if I’ll actually click on them. Yes, many times I stumble across them while I’m in the midst of some other internet rabbit hole, but most of the time I search these damn things out.

I mean, I’m not dumb. I get what they are doing. However, I also am in this weird place whereby I want to learn the secrets they supposedly have to share. I keep thinking that while I might not be Shakespeare or Twain or insert your favorite author here in talent level, there are literally hundreds of authors who have figured all of this out while not… well, they try, but…

OK, let’s face it. A lot of them aren’t very good at actually stringing two words together. Ask them to put more than four or five in a row with punctuation? Well, that’s the end of that idea.

But they have it figured out. Right?

They’ve found the magical EASY BUTTON! So I click on their link and read and try to find that nugget of information which will blow my mind. That knowledge where just prior to it I was only a monkey and now afterwards I am able to use tools and make a fire. This is the type of stuff I’m looking for.

My mind becomes a barren wasteland full of left over billboards which say the above… dotting the horizon with their mocking attempts to “HELP” me.

A side story – When I applied to go to Georgia Tech there was a little spot on the form where you could put a Major or you could put Undecided. Now when I filled this out, I was in the midst of thinking I wanted to be a computer programmer. As such, during my senior year in high school I took a Computer Programming class. I’m pretty sure I was doing well in the class (well enough), and the last thing I wanted to do was put Undecided. That might make it seem like I didn’t have my shit together (I was 18… of course I didn’t have my shit together). So I put Computer Science down.

Fast forward to my first quarter at Tech. I’ve long since given up the idea of going into computers. By the end of the year I just didn’t feel like I “got it”. It was hard to explain, but I figured out I wanted to go into Civil Engineering.

And that’s when I found out that because Civil Engineering was “Full” I couldn’t transfer in. However, I could have done so if I had been Undecided.

I knew the classes I needed to take. Nothing prevented me from taking them. As long as there was an opening in them, you could enroll in pretty much any class. When I went to talk to the new head of the department he gave me more of the same song and dance.

<I wonder if this was the same game the insurance companies do when they immediately deny anything you apply for thinking that most will stop there?>

At that point I’d had enough of the run around. I remember shaking his hand, thanking him for his time, and letting him know that I would see him that Summer to have the same conversation. Furthermore, I knew the classes I needed to take to become a Civil Engineer, and that was the path I was going to head down. So whether he let me in then or in a year I was going to get in.

He blinked. Asked me if I was telling the truth about my classes that quarter (I was). There was a pause, and then he asked to see my form to transfer into the School of Civil Engineering. 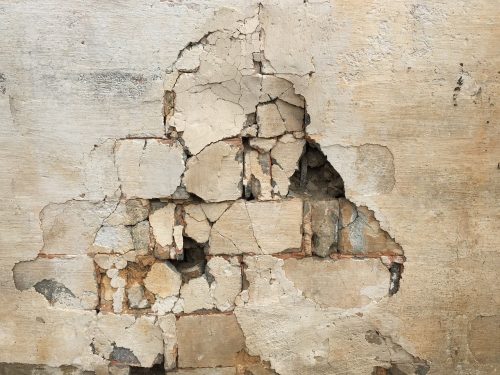 I wrote the above to remind myself that this writing gig is just the same.

I will bang my head against that wall until the wall collapses.

Writer of comics and novels. In 2006 his first short story "The God That Failed" was published by Terminus Media in their debut comic Evolution Book 1. Since that time he has had stories published in Terminus Media's Evolution Book 2 and Evolution Special, Kenzer and Company's The Knights of the Dinner Table, and Four J Publishing's The Burner #3. Currently he is eagerly awaiting the digital publishing of his first creator-owned comic The Gilded Age #1 to be published online as well as his first novel The Dark That Follows later this year.
View all posts by John McGuire →
Tagged  Easy Button, Georgia Tech, John McGuire, writing.
Bookmark the permalink.