From the email of Venger Satanis, High Priest of Kort’thalis Publishing:

“Attached is the very first piece of finished artwork for Cha’alt. As you can see, it’s an alien desert world (in ruins because of an apocalypse centuries ago); the capstone of a black pyramid can be seen rising out of the sand. Before reaching the pyramid, the three adventurers must face a giant worm.

Yannick Bouchard is the artist, and he’s currently working on a 2nd interior illustration for the book. Cha’alt is expected to be 176 page hardcover over-sized art book, both O5R campaign setting and [Dungeon Crawl Classics]. Kickstarter campaign by Venger Satanis is poised to launch in early November.” 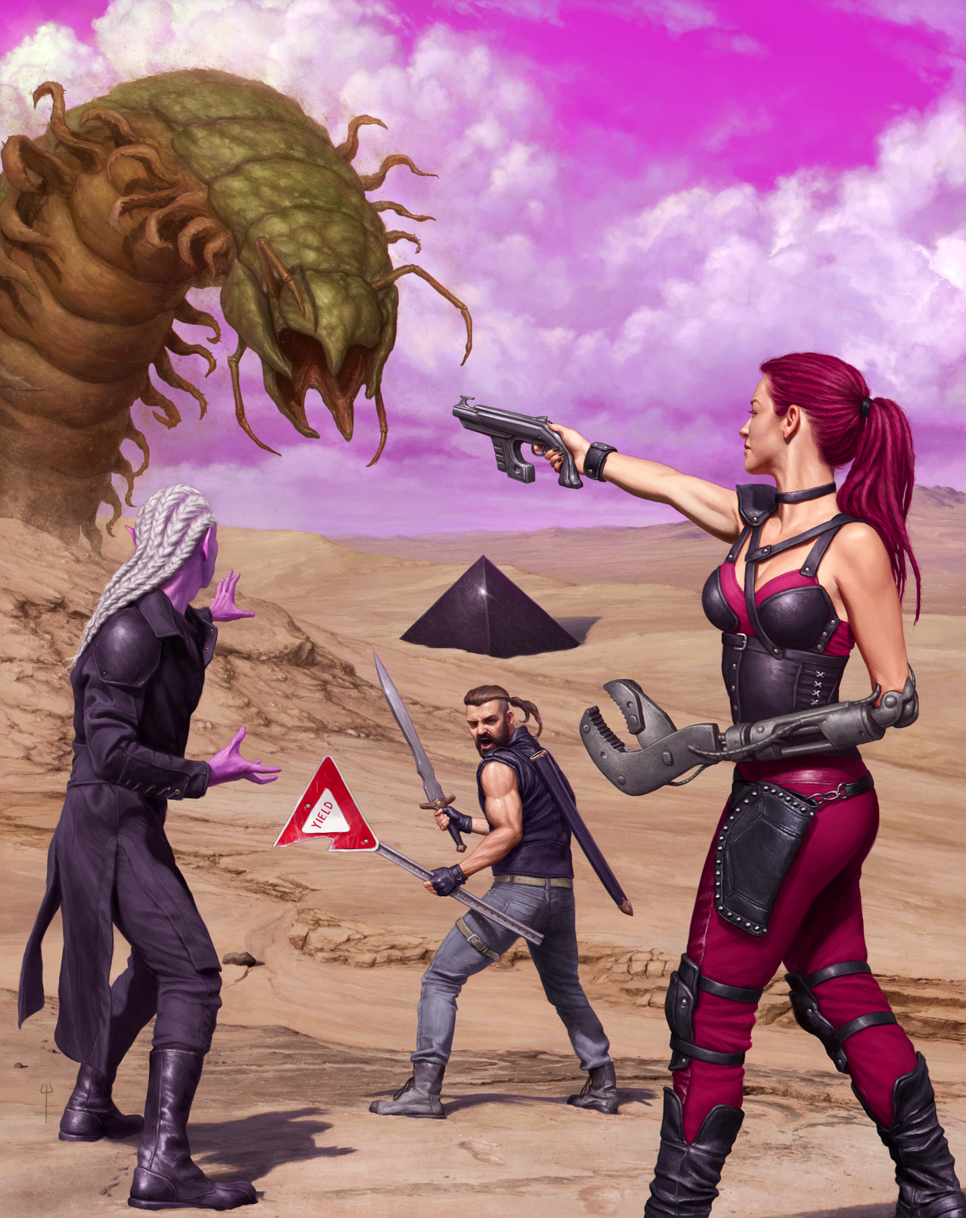 He included another piece:

Cha’alt is an interesting evolution for Kort’thalis Publishing. This is, I believe, their largest book yet and the first one to use both the VSd6 system and DCC. I’m eager to see the results!

EDIT: Over at the Halls of the Nephilim, Justin Ryan Isaac has some additional thoughts and a quote from Venger about what the final form of this book will be. Check it out here.

For more games by Venger Satanis, check out his work here.