Everyone wants things smaller and faster. We can’t sit still for more than a few seconds before another image, webpage, show, movie, whatever needs to be consumed. A whole book? No. Can’t be bothered. 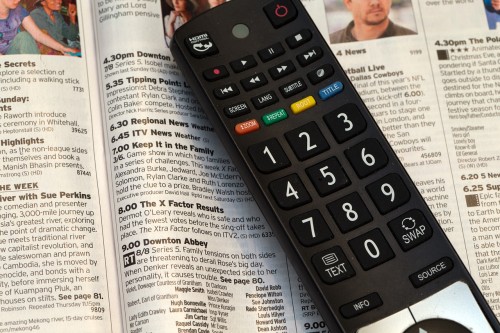 Well if you can’t be bothered, then I’m going to feed you what you need little birds. I’ve compiled a few 2 Sentence Stories below. After I’d written a bunch of them, I then looked out into the web to see if I was doing it right. Turns out a couple of them pretty much matched some others out there. I call it synchronicity (or something). Either way, I’ve included them too.

Also, I’ve put some things in there which are clearly movies most everyone has seen, but I thought it was an interesting experiment to take some aspect of the films and distill them down into something so small which tells you about the movie, but isn’t (hopefully) just a pitch for the movie. I’ll let you see if you can find them all.

My wife slipped out of bed during the middle of the night to go to the bathroom. A second later I feel another person shift to my side of the bed.

One of the greatest things about having animals in the house is that when the house makes a weird noise you can blame it on the dog. Our dog died last week.

He always wanted to be a part of a tight-knit community. It was only after the first person died that he realized the rest were waiting for him to drink next.

After struggling with a potential ending for his horror story, Jim decided to turn in, leaving it for another day. The next morning he discover the ending had been filled in for him, in blood.

Clenching her eyes shut, Clare reasoned that if she couldn’t see the monster then it couldn’t hurt her. The hot breath on her neck told her those rules did not apply.

He told them that they’d catch the damn monster terrorizing the town. It was only once they were at sea that he realized they were going to need a bigger boat.

In space no one can hear you scream. That knowledge didn’t stop him from trying.

He jumped. The ground rushed up to catch him.

He told himself the pain and agony was all for science. He’d already tried electrocution, drowning, and poison, so dismemberment seemed like the next logical conclusion.

No one had ever told him that if you die in your dreams, you die for real. So as the blades sunk into his flesh, Ronnie didn’t bother to scream.

They all laughed when his head dipped below, his lungs filling with water. When he kills the last of them, maybe the laughing will finally end.

She’d worked at the bank for so long no one really noticed her anymore. How easy it would be to walk into the vault then and get her early retirement.

The fortune teller’s promise was that water would be the cause of his death, so he moved inland, avoided showers, and stayed out of the rain. When the floods came he realized he should have learned to swim.

This stunning woman with curves in all the right places beckoned him to come to her with a look of lust unmatched by anything he’d seen before. “It’s a trap, get an axe.”

The Frog Prince closed his eyes, awaiting his kiss which would undo the witch’s curse and restore his humanity. When he opened his eyes, his female savior blinked back at him and croaked.

David had beaten the AI at Tic-Tac-Toe too many times, so he was definitely up for another game. Thermoglobal Nuclear War sounded like a safe choice.

With graduation looming, Lloyd took a chance to ask out the girl he’d been dreaming about for the better part of high school. Miraculously, she said yes.

They called him Outcast or Idiot or Freak or Weirdo… so many names to show him how different they thought he was from them. Pressing the knife to his flesh, it surprised him to see green blood where there should have been red.

The explosions recalled memories of fireworks on the Fourth of July. The mushroom cloud foretold only death.

As long as she had light, the shadowy figure at the edge of her vision couldn’t claim her. The idea of rolling blackouts never occurred to her.

Writer of comics and novels. In 2006 his first short story "The God That Failed" was published by Terminus Media in their debut comic Evolution Book 1. Since that time he has had stories published in Terminus Media's Evolution Book 2 and Evolution Special, Kenzer and Company's The Knights of the Dinner Table, and Four J Publishing's The Burner #3. Currently he is eagerly awaiting the digital publishing of his first creator-owned comic The Gilded Age #1 to be published online as well as his first novel The Dark That Follows later this year.
View all posts by John McGuire →
Tagged  John McGuire, Two Sentence Stories, writing.
Bookmark the permalink.