Survival of the Able – An Interview with Jacob Wood (Accessible Games)

Jacob Wood of Accessible Games reached out to share the press release for his RPG crowdfunding project, Survival of the Able. We talked briefly which led to this short interview about the project. 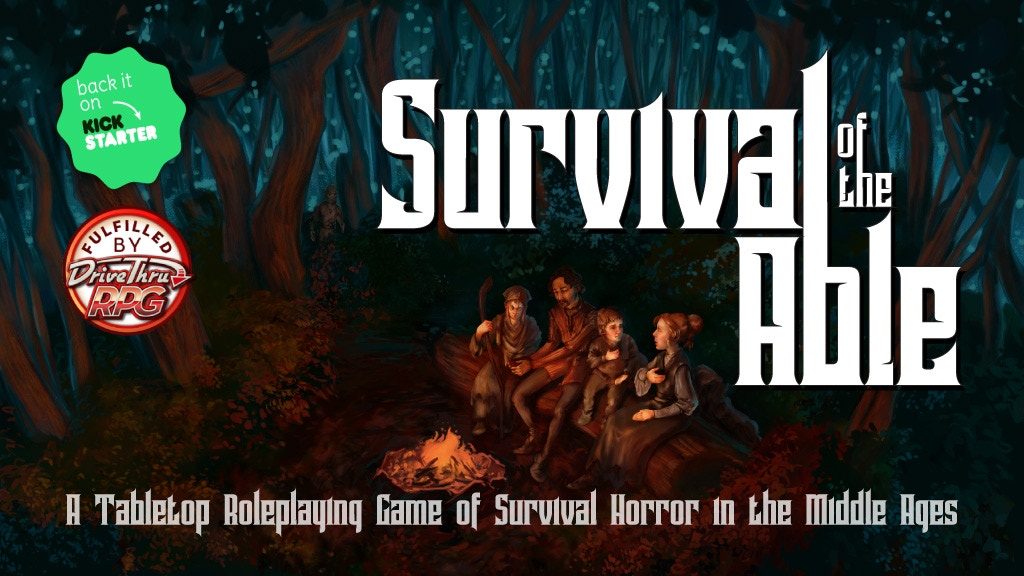 JACOB WOOD (JW): You’re a person with a disability living in a Medieval almshouse when the Black Death comes to your village. People who are dying of the plague are rising again, and they’re hungry for flesh. It’s up to a handful of you to make your way out of town and away to safety.

You may not be the biggest, the strongest, or the fittest, but you’re determined to survive.

At its core, Survival of the Able is a game about empathy. You’ll play as someone with a disability tasked with surviving a zombie plague, but the real villains of the game are injustice, inaccessibility, and ableism. You won’t have modern protections like the Americans with Disabilities Act to offer you protection against discrimination, and you won’t have modern technology to make your life easier. You will have your wits, your guts, and your determination.

Our hope is that by putting yourself in your character’s shoes, you’ll start to feel angered and incensed at the way they are treated. You’ll see the injustices that still impact people with disabilities to this day. You’ll also feel a great sense of accomplishment when you overcome the odds and survive grueling challenges despite the setbacks you face. Finally, you’ll recognize how to translate this experience to the real world. 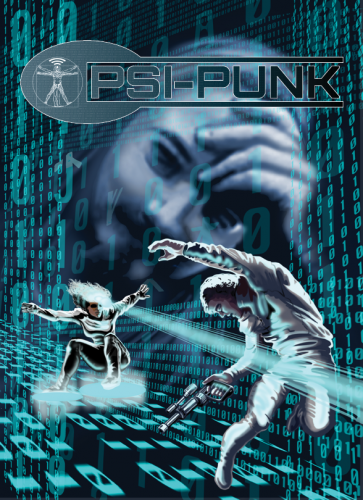 JW: Survival of the Able is built on the bones of the Fudge System™, but it was 100% written from the ground up to include only the elements which are essential to the experience.

I’ve written in the past about how Fudge is inherently one of the most accessible RPGs in terms of game mechanics. Fudge Dice are tactile and easily read by blind players, the Trait Ladder is great for people who are math-minded and people who aren’t, and the system as a whole is simple enough for newcomers to understand with little difficulty.

Fudge is also customizable to an incredible degree. I have used it for crunchier cyberpunk games (such as Psi-punk), print-and-play board games (Monster Kart Mayhem), and now a survival horror game. Mechanics can be picked up, set aside, and altered to taste. Using it has allowed me to build precisely the experience I wanted for the game without sacrificing anything that makes the system familiar to so many players. 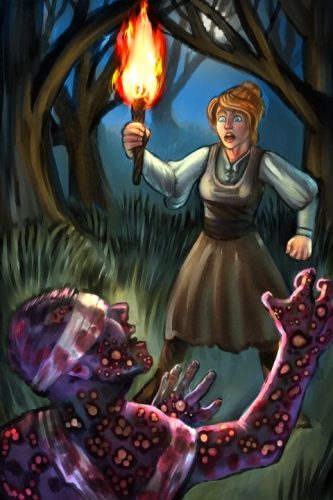 JW: The $50 tier gets you a PDF, a code to purchase the print-on-demand book at-cost, and an online game session with me. After that game session, I’ll stick around for a Q&A to help players and GMs learn how to run the game for their own groups. That’s 4 to 5 hours of my time plus the game for a pretty reasonable price.

The other great value is the $60 accessibility consulting tier for other developers. It’s the $20 print-on-demand tier and two hours of my time as a consultant for your project. Typically I charge $25 to $30 per hour, but through this tier it’s effectively $20/hour. 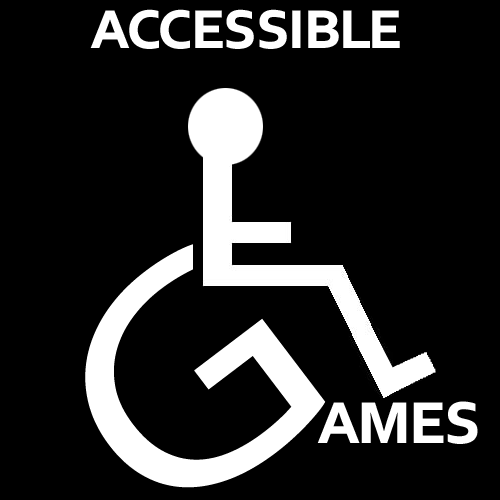 JW: I’m excited about the opportunity to deliver the game in an audiobook format. I know it isn’t the best way for a lot of people to learn a new game, but for some people having that audio transcription of the book will be invaluable. It’ll also be handy for people who want to learn while commuting to work or a gaming convention.

[Author’s Note: Here’s the description of the audiobook format from the campaign.

“Audiobook: We’ll partner with Russel Collins of Robot Claw Entertainment to develop an audiobook format for the game. This accessible audio file will be completely DRM-free, so you can copy it to as many devices as you need. It’s great if you have trouble reading printed material or like to listen to books in the car.”]

JW: My first release was Psi-punk, a Fudge cyberpunk RPG, in 2013. Since then I have worked on many other games for myself and others.

I’m most proud of my work on Infestation, an RPG of Bugs and Heroes (by Third Eye Games) and Baby Bestiary 1 and 2 (by Metal Weave Games). These were ENnie-nominated and ENnie-winning titles, respectively.

I’m also currently contributing to A Kid’s Guide to Monster Hunting (Third Eye Games), and I can’t wait until it’s out. This game is going to be stellar. 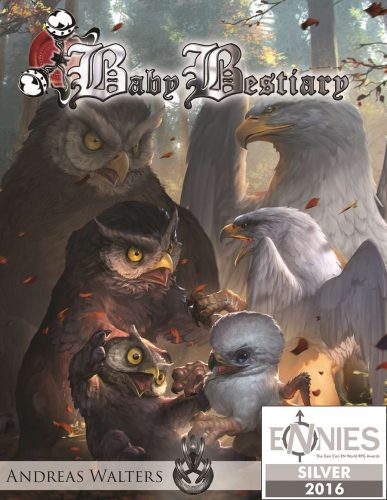 JW: If you back the Kickstarter, you’ll get updates delivered straight to your inbox. There’s no better way than that.

[Author’s Note: I did not ask Jacob about himself so I decided to paper over my laziness by quoting some of his Kickstarter bio:

“I began losing my sight in my mid teens and had difficulty adapting. Accessible computer software wasn’t the norm at the time, and as my condition worsened it seemed like I would never get to achieve my life goals. All I had left, it seemed, was tabletop gaming. As more of my time became consumed with games, I realized I was spending a lot of time adapting them for low vision play or struggling with inaccessible PDFs. One day my vision became clear: I would make it my life’s work to design and promote accessible games.”]

Want to try before you buy? Try out Survival of the Able Beta from Accessible Games for free at DriveThruRPG.

Egg Embry wrote comic book short stories, edited comic book series, wrote and drew a webcomic, and contributed to comic book journalism across the 2000s. Now, he buys the opportunity to write for a variety of tabletop role-playing games in the tradition of vanity press. NOTE: Articles may includes affiliate links. As a DriveThruRPG Affiliate/Amazon Associate/Humble Partner I earn from qualifying purchases.
View all posts by Egg Embry →
Tagged  Accessible Games, Jacob Wood, Kickstarter, Survival of the Able.
Bookmark the permalink.