Self-published authors are a force to be reckoned with in the publishing world.

As of June, 2017, more than 45% of all new published works are from non-Big Five, non-publishing house writers. And while a majority of readers’ money is still used to purchase traditionally-published works, indies  consume an ever-growing piece of the pie.

This is the world we live in. This is the new face of books, writing, and marketing.  Perhaps one day the pendulum will swing in another direction. Or…perhaps not. 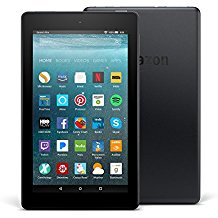 The device that changed everything…

And yet, behind the scenes of the indie revolution, there’s a battle brewing. The most coveted resource of the modern writer isn’t always money, recognition, or even literary success.

Wander the social media accounts of most self-published writers, and you’ll find one thing in common: requests for reviews. New and established authors alike believe the key to getting noticed on sites like Amazon, Goodreads, and Smashwords is having reviews…and plenty of them. This is true for any product, but perhaps doubly so in the minds of the self-published. The perception, if not the reality, is that a pile of four and five-star reviews will earn authors more clicks, and thus more buys.

And while it’s a common theme amongst indies to state, “We’re not in competition with each other – we’re all allies here,” it’s simply not the case. Savvy and successful self-published writers know full well that all resources are limited, that readers aren’t in never-ending supply, and that while good reviews are little chunks of gold, not everyone cares to write them.

Trouble is; while in search of reviews, many authors are in the habit of shooting themselves in the foot.

Here’s just a few of the negative behaviors exhibited:

We all get it. We know marketing is typically the least enjoyable part of the self-publishing process. For a new (or even established) author to leap into the world of selling books is intimidating. Unfair reviewers do exist. Trolls are out there. Readers probably could help out and leave honest reviews more often than they do.

But authors (and in fact, everyone) would do well to resist.

Truth is, a few negative reviews won’t sink a determined writer. Nor will a handful of bad reviews kill sales for a high-quality piece. If an author’s story is truly a work of art, chances are it’ll rise above the others regardless of a smattering of one-star pings. And it’s worth mentioning that authors who earn passionately negative reviews are probably authors who provoke feelings among their readership.

And that’s kind of the point.

Rather than take to the web in droves to protest negative reviews, authors would serve themselves (and their contemporaries) well to write more, write better, and to brush away the sting of readers’ disdain like so much dirt off their shoulders. The humble, self-aware author absorbs one-star hits privately. They’ll know every reader is different, that trolls and ill-intentioned people do exist, and that their book, while painstakingly created, probably isn’t a groundbreaking masterpiece beloved by every single reader in the world. Those kinds of books are rare. Most of us will write our whole lives and never create such a thing.

And so most of us will suffer bad reviews now and then.

What should one do when a beloved story gets one-starred?

You’ll be happier for it.

Critique is a valuable and useful resource for artists, writers, musicians–anyone in a creative field (and those outside of it too). Portfolio reviews help steer artists toward a more realized vision, just as Beta Readers do for an author. However, that only happens with constructive criticism. Negative criticism, whether mean-spirited or born from ignorance can have a devastating effect.

That might be an exaggeration, but in the heat of the moment I think most artists would agree, it feels as if you’re heart and soul have been crushed to a pulp. The pain is even more visceral when it’s someone close in your life. How does one deal with that?!

This happened to me yesterday. I’m not going to go into any details, what’s more important is how I worked through the hurt and got back to painting.

1. I didn’t respond in kind. Yes, their words hurt but chances are that wasn’t their intention. People can be clueless.

4. I let myself feel the pain and then reminded myself how much I love this painting. I thought back to the initial idea and sketches that sparked that zeal. I don’t expect everyone to love my art and that’s okay. I don’t create it for them.

5. Still feeling a little burned, I picked up my stylus and got back to work. I grew up riding horses for fun and competition. I can’t count the number of times I’ve been told, When you fall off a horse you have to get right back on. That’s been my motto all my life.

I can’t fully endorse this last one, but I do think it could help in the right circumstances…