The weather is beginning to turn a bit cooler. Soon enough the calendar will change from September to my favorite month: October. A whole month where it is ok to bask in the idea of the horror genre. A whole month dedicated to experiencing as many scares as possible.

Let’s get a jumpstart on it. 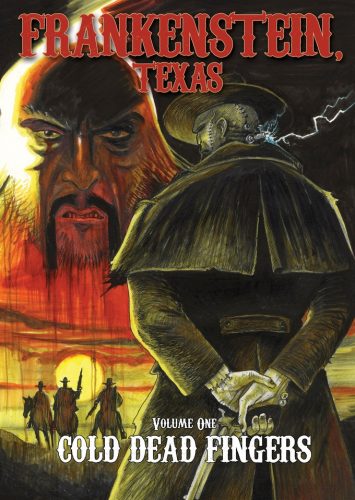 What if Mary Shelley’s famous gothic novel was a lie? What if Victor Frankenstein paid Captain Walton to announce both he and his creation had perished and vanished in the Arctic? What if instead, the pair headed west, across Europe, to Ireland and from there to the new world? To America?

This is a tale of action and adventure, but also a story that explores ideas of damnation and salvation, of fresh starts and bitter ends, and what it takes to atone for the deadliest of sins.

At the heart of the story is the complex relationship between Frankenstein and his creation. The man, constantly wrestling with the knowledge that he created life from death, and the monster, heartbroken by the violence that rages inside him and determined to prevent his “father” from repeating the mistakes of the past. 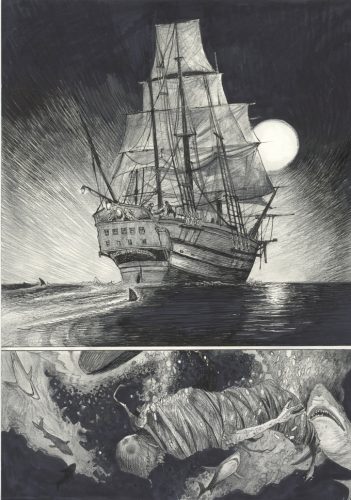 This is a 48-page graphic novel of Frankenstein in the Old West… it’s one of those ideas that I’m both scratching my head about and also wondering – why didn’t I think of that? What better place for the Doctor and his Monster to lose themselves than in the untamed frontier of America far from their birthplaces?

Fairly cheap for the digital version of the basic graphic novel ($4), but the printed copy is also very reasonable ($14). Sadly for those coming onboard at this point, the $68 Wanted Dead or Alive level is all gone, and with it your chance to make a cameo in the comic. As to some of the higher end options – the Saloon Decorator ($204) allows you access to an original page of artwork (9 spots are left at the time of this writing). Or the Town Marshall ($272) gets you an original commission of your choosing by the artist (5 spots left).

The artwork on the page and the core idea tell me to back the comic book. They’ve launched at a perfect time of year for such a story, and I’m looking forward to seeing the finished book. 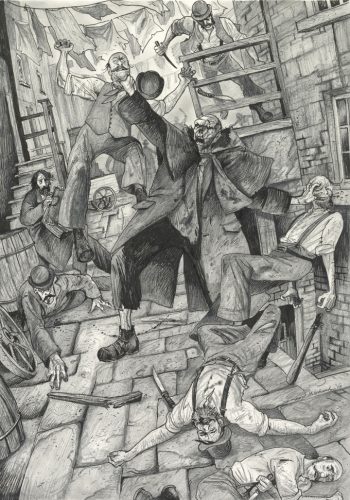 For more information on Frankenstein, Texas, check out their Facebook Page here.