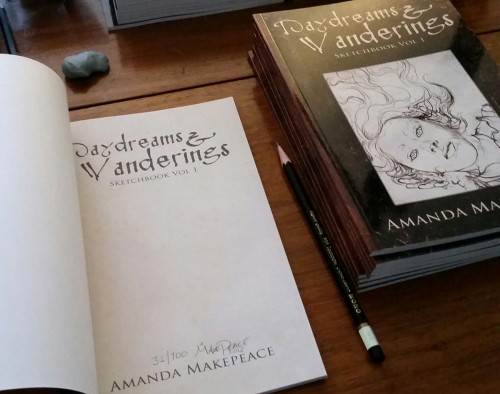 Friday, on April Fools Day no less, was the one year anniversary for the day my sketchbook funded on Kickstarter.  It was an experience I’ll never forget. The months afterward were just as exciting too. Holding my book’s proof in my hands. Opening my box of beautiful little books. Working on the sketches for my Kickstarter backers. 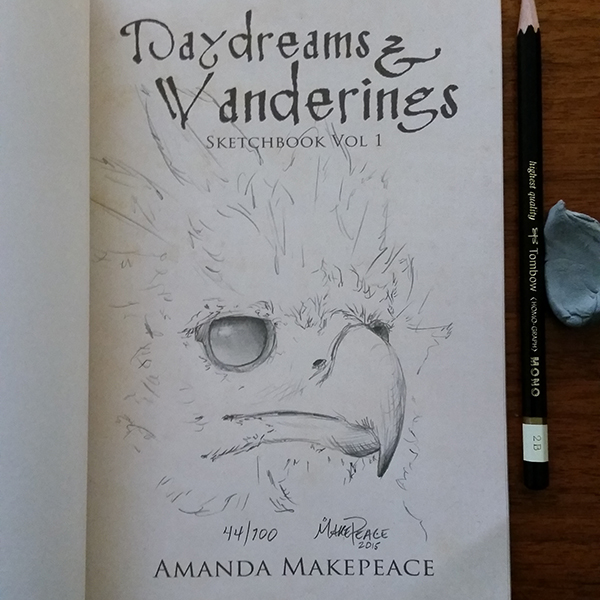 To celebrate the anniversary of my Kickstarter success I’m offering the remaining copies of my book for the early bird price of $15–originally only available during the Kickstarter last year. So if you missed out on my campaign, or want a second copy to gift to a friend, take advantage of this sale price. The sale runs till April 5th.

Here’s a look inside… 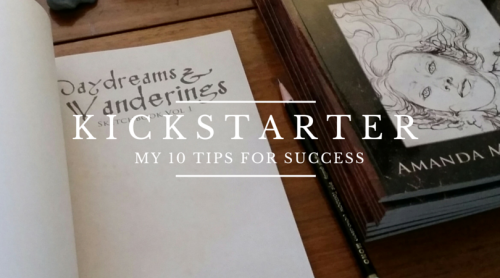 My first Kickstarter has come to a close. All of the books have been printed and shipped out to my amazing backers. My friends even threw me a book release party. What a ride! I’ve put together a list of 10 tips you may find useful if you’re thinking of running a Kickstarter.

1. Have a fan base. Seriously. It’s going to be that fan base that shares your campaign on their social media accounts. This is incredibly important. I’m certain if I had tried to run my campaign a year ago, it probably would have failed. What changed in a year? I was in the DragonCon Art Show.

2. Look at other campaigns, both successful and unsuccessful. I browsed and took notes for various art kickstarters and specifically those campaigns for sketchbooks. I looked at the type of rewards they offered, prices, and how they structured their descriptions. You can learn a lot this way!

3. Videos are important–more than you may think. The Youtube culture has exploded in the last few years. It’s taken a while for it to grow on me. I must be getting old! Everything I’d read reiterated how important it was to have a Kickstarter video. So I researched the videos of successful campaigns and 90% of the time those videos included either the artist talking in the background or the artist in the video. It needs to be personal. Backers are giving you their money, they are putting their trust in you and your product.

A lot of folks watched my video. This may not be a phenomenal number, but it’s more than I imagined.

3. Quality graphics to show off your rewards. People want to see what they’re going to get if they support your campaign. Take the time to create the graphics. You can then use them in your social media promotion too. 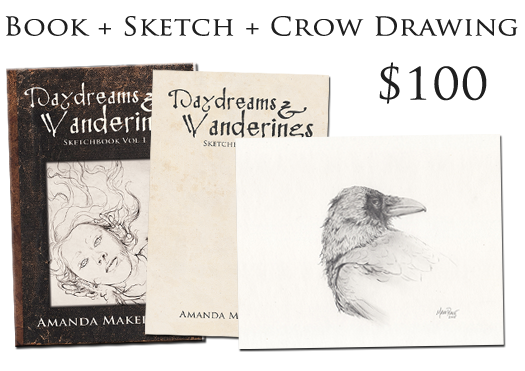 4. A complete profile, with links to your website and social media. This might seem like common sense, but I’ve seen more than a few campaigns with no link to a website. Or their link goes to a Facebook page that hasn’t been updated in over a month. That’s not a good way to make an impression.

5. Read the entire Creator Handbook and then also read the FAQ pages and the Rules. Read everything Kickstarter makes available to you. They have specific rules but they also give you an enormous amount of information to help you build your campaign.

6. Pre-promotion. You have to start talking about it online months beforehand. I probably could have done a bit more of this. Share teaser images, talk about your rewards, anything to start peaking the interest of your fans and their friends. 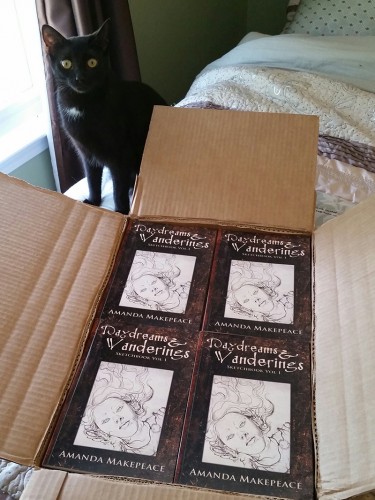 7. Think about your fans when it comes time to schedule your campaign. December might not be the best month to run a Kickstarter. It’s a holiday season for several religions. Even November might be risky if people are beginning to buy gifts for December.

8. Don’t underestimate your goal. You need to know in advance how much it’s going to cost to ship your rewards. Either add shipping to your goal or add it to the rewards. I chose to include US shipping in my goal and add a flat rate shipping fee for intentional backers.

10. Keep your backers updated! During the campaign you need their support more than ever. I recommend composing an update once a week to let backers now how the campaign is proceeding, to remind them to share with their friends, and for making announcements (stretch goals, new rewards, etc.). But don’t let it end there. If you’re campaign is successful then it’s even more important to let your backers now how things are progressing, so they know without a doubt you are holding up your end the agreement. I had a lot of fun sharing the arrival of my sketchbook with my backers. They made my book possible!

Once upon a time…

I had an idea to take my sketches and drawings and create a new work of art, a small book of ideas and creative visions. Several months were spent bringing this little work of art to life. I created a cover that would mimic an old, worn sketchbook. I scanned pencil sketches and collected my favorite digital drawings, then arranged them inside pages that looked as aged as the cover.

It’s an amazing feeling when you finally get to hold that creation in your hand. 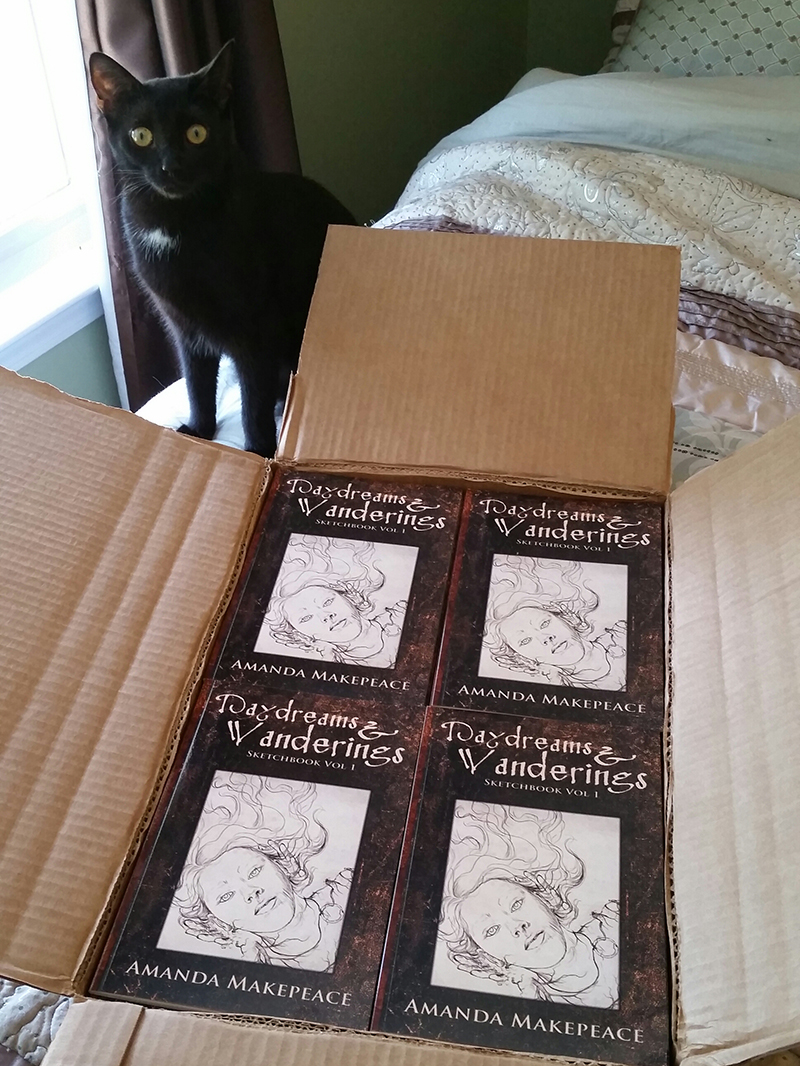 Thank you all for helping me make a little magic!

The end is nigh! Get your copy of Daydreams and Wanderings at the special Kickstarter only price while you can. There are only hours remaining in my campaign now.

Daydreams and Wanderings is a collection of my favorite sketches and drawings I’ve created over the past two years, as well as a glimpse into my creative process.

After months of tedious, but also fun work, I’m pleased to announce the pages for my first sketchbook volume, Daydreams & Wanderings, are finished and ready for the printer! I’m running a Kickstarter campaign to raise funds for printing. Supporters of the campaign have the opportunity to purchase the book at a special KS only price of $15. Essentially, you’re pre-ordering the book at a sale price! Outside of Kickstarter the book will be $20, available from my online shop and conventions. 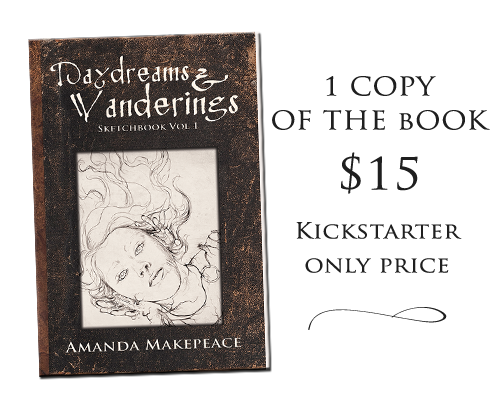 This is only one of the KS Reward Levels. There are several, including budget levels of $5 and $10. Levels $25 and up include a sketch on the inside title page. I hope you’ll help me make this dream a reality!

I’m making a book. This shouldn’t be confused with writing a book. However, whether you’re writing or making, it’s a monumental project. For the last several months I’ve been working on something called a sketchbook. It’s a collection of sketches from the past few years and it’s close to making its debut. 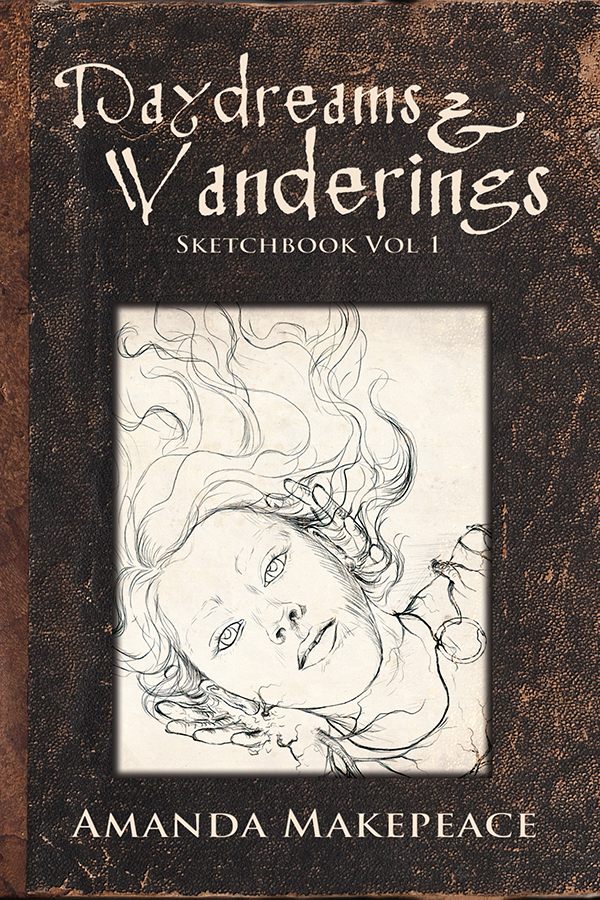 Assuming everything goes as planned, I will be launching a Kickstarter campaign the first week of March. The goal of the campaign is to raise funds for the printing of my book, Daydreams & Wanderings. Here’s two key facts about the campaign and the books:

1. There will be a special Kickstarter price for the sketchbook. Normally, the sketchbook will cost $20, but if you buy it through the campaign it will be $15.

2. There will also be an option to buy the book with a sketch drawn on the inside cover page for $25. This will only be available through the Kickstarter campaign.

My hope is to print 200 books. Here are some facts about the book and a few sample pages too!

The pages below are still a work in progress. 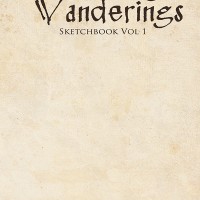 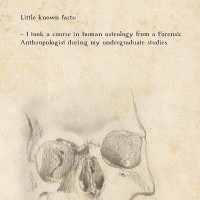 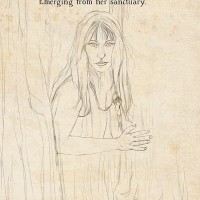 I hope you’ll help me make this small dream a reality!

Follow me on Facebook and you’ll be the first to know when my Kickstarter campaign goes live.