Denoa Trailer 2 – A World Made of Worlds from Hammerdog Games.

“In this trailer we offer a sneak peek at some of the coming content for Denoa, and showcase the concept of ‘A World Made of Worlds.’ We get a glimpse at some of the upcoming playable races, and a teaser of how and why all the lands of Denoa got separated from each other.”

For more information, check out their sites at:

Check out the teaser trailer for Denoa: World of Adventure the upcoming D&D 5e setting from Hammerdog Games.

“The doorway to adventure lies before you. Do you dare enter?”

For more information, check out their sites at:

I want to freelance in the tabletop role-playing game industry. To get there, I’m buying a resume of writing credits via Kickstarter rewards. So far, I’ve largely bought into D&D 5e. But the RPG industry is wider than D&D and I want to add as many systems to my resume as I can. That makes these projects of interest to me. 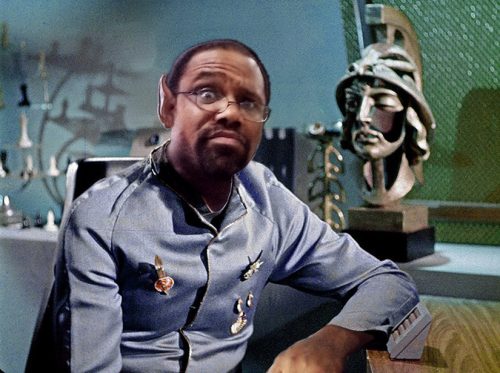 Kickstarter campaign ends on Saturday, October 29th, 2016 at 3:00 EDT in the afternoon.

“The most haunted house in the world, presented with multiple storylines, in multiple time periods, and for multiple RPG systems.

Dry leaves crackle under your feet as you make your way up the hill towards the dark manse, your path lit by a bold harvest moon. The taste of rain is in the air and you hear a distant peal of thunder. The townsfolk begged you not to come up here. Not tonight. Especially not tonight. 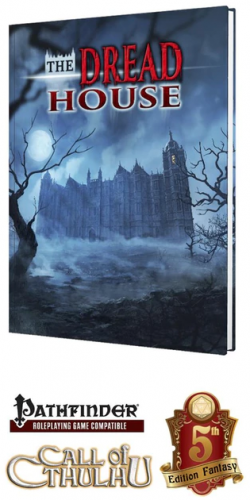 You reach the grounds as storm clouds slip across the moon, darkening the yard. You make your way carefully to the front door but find it barred from the outside. It would take a crowbar and some muscle to get in this way. The windows are high off the ground but seem breakable. You test your theory with a large rock, and the glass shatters as the first bolt of lightning slashes across the sky. You climb up and through the broken pane, carefully turning and lowering yourself to the floor of the room inside. The townsfolk may be afraid of this place buy you aren’t.

“Good Evening” says a deep strong voice that makes you whirl with shock. Your eyes search the darkness but you see nothing. A flash of lightning verifies to your eyes that you are alone.

“I trust you will be staying?” says the voice. “Excellent, it’s been a long time since we’ve had company.” Lightning flashes again. The drawing room is empty of everything but old furniture. You turn and scramble to the window, ready to leap through it and to the ground below. But the window isn’t broken any more. Somehow it’s healed.

You stop to puzzle this impossibility for the briefest of moments. That’s all it takes. The voice in the darkness gets you, and nobody hears you scream. You should have listened to the townsfolk. You should have come better prepared…for The Dread House.”

The Dread House is a series of adventures set in different eras that utilize different systems – Wizard of the Coast’s D&D 5e, Paizo’s Pathfinder, but, most important to lil’ Egg Embry, Chaosium’s Call of Cthulhu. Call of Cthulhu is not on my resume. Add to that the concept – a haunted mansion that exists from medieval times to present – offers a growing tale and world to explore. Character’s actions from one era can be felt in the next. The vanity press offer – “an adventure, encounter, or monster in the Dread House” – combined with the chained nature of these adventures will, I hope, allow me to write something a little longer than many of my Kickstarter vanity press pledges. 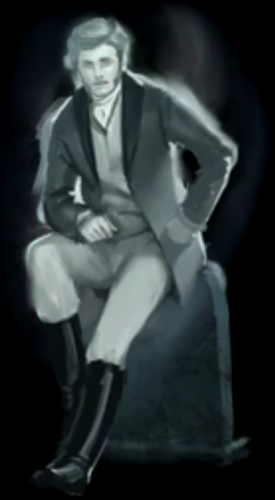 An undead professional, you seek to further your career even after death. You gain a copy of The Dread Wedding and all PDFs. You will participate in the development process of an adventure, encounter, or monster in the Dread House. No prior experience is required but the more experience you have, the more you can contribute. You will gain a credit as a developer. [Freight Extra]”

Kickstarter campaign ends on Thursday, October 27th, 2016 at 2:03 EDT in the afternoon.

Salt in Wounds is a fictional city; a detail-rich dark fantasy setting designed specifically for tabletop roleplaying games (although it can be enjoyed by anyone who appreciates intricate works of imagination). More specifically, Salt in Wounds is a city whose culture, economy, and existence is beholden to the reality of the giant, regenerating kaiju called the ‘Tarrasque’ which is imprisoned within the city center so it can be butchered over and over again. 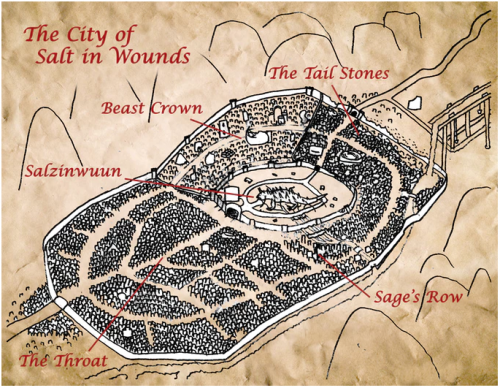 There are few monsters in role playing games more iconic than the Tarrasque: the ‘end game’ boss that’s been terrorizing high level characters (and delighting players) for decades. The Salt in Wounds setting takes the beast in an entirely new direction: as the perpetually slaughtered ‘natural’ resource that has been feeding the population & fueling economy of the sprawling metropolis of Salt in Wounds for the last two centuries.

Since 2015 I’ve been fleshing out the city, its inhabitants, and setting the stage for adventure: first on the Ennie nominated gaming website Tribality and then on its own page www.saltinwoundssetting.com. I’ve written fiction, created monsters, and worked hard to create a compelling, incredible world just begging for exploration & play. Here’s just a sample of some of the work that’s already been made public about Salt in Wounds:

Now, with your help, I want to take my mishmash of ideas, player options, lore & creatures and turn it into a proper series of books & supplements that will inspire your Pathfinder, 5th Edition, and other gaming for years.”

Salt in Wounds. Any city with a title for a name (like King of Prussia, Pennsylvania) screams out, “Visit me!” more than, say, one of the early titles of my home city, Marthasville [Note – Marthasville, where Superman and Batman get on like chocolate and peanut butter.] Title alone states this is an engaging product. J M Perkins has a fully realized city with enough real estate to share some pretty views with the public. The reward – design one of the 13 main families in the city for both D&D 5e as well as Pathfinder – has curb appeal. This reward could lead to a dynasty write up, information about their home, magic items, and NPCs. Lots of potential to show your RPG writing skills. 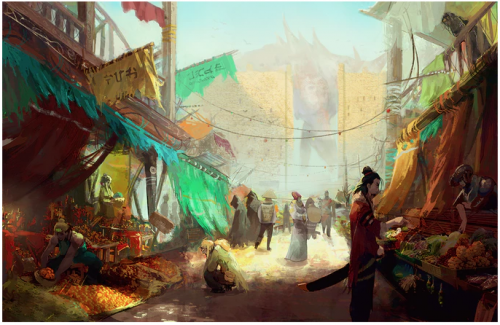 Salt in Wounds. I spy a Tarrasque.

On the other hand, by the time I noticed this one all of the rewards were gone. Fiddlesticks. I believe the individuals that chose this one picked a great vanity press option. I cannot wait to see the results.

You rule Salt in Wounds, and you get everything listed above, three additional pieces of Sway, and design considerations (see text below for more information).

Limited to only 11 (there are 13 Aristocratic Meridian Houses, and two Binder-Lordships have already been claimed by patrons) you get all the above rewards + an *additional* 3 pieces of Swag (for a total of 6 pieces of Swag) and you get design considerations for your chosen Meridian House, invitation to an exclusive design session hangout, and you select the legendary ‘command word’ of your house’s immoveable harpoon. Legal possession of this command word grants Binder-Lords their authority within the city of Salt in Wounds and can be used to actually free the Tarrasque.”

The Dread House offers the chance to add Chaosium’s Call of Cthulhu to my list of vanity projects. Sold. Salt in Wounds lives up to its name because it looks amazing but all of the writing rewards are spoken for. Regardless of my salted wound, I think both of these projects are going to be fun. I’m looking forward to seeing how they progress.