Walking Dead has been back for a couple of weeks now , and I’ve been reminded of a conversation I’ve had about the show… and about the idea that the best thing the show could do is kill Darryl off.

Because he’s too popular.

Because people would lose their minds if you did it.

Because no one would expect it. 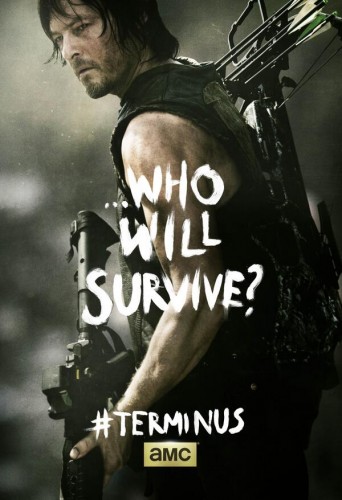 And for the most part I don’t believe any of those things are good reasons to kill a character off the show. Though, I’m also not completely on board killing off a character because everyone hates them, but I have seen that.

Let’s put aside that we’re talking about a show that kills in the ratings in a way I (a reader of the comic from issue 7 onward) would have never guessed could have happened. And that some of the decisions they have to decide on are as much about business, and perhaps not rocking the boat with such things.

Here’s the thing about killing characters off in novels, TV shows, movies, etc., once you’ve pulled that trigger you almost never can undo the deed.

Yes I realize in comics that characters come back all the time… that’s actually a different problem.

In the Walking Dead comics I believe that Shane is dead by the end of the 1st story-arc, issue 6. That means we really only got about 5 issues out of the whole dynamic of Shane vs. Rick for leadership, and Shane vs. Rick for Lori. Not really all that much time.

You notice that in the TV show Kirkman didn’t repeat that mistake. He milked that story for every bit of juice he could (some might say he stretched it out a little too long). He had a chance to change what he’d done in the first go around for the better.

In comics we see these things all the time where a new writer comes onto a book and in order to “shake things up” they kill a character off so that the rest of the cast can react to whatever happened. And they proceed to write those stories and everything is fine, until the next writer shows up and wants to write a story with the character you’ve already killed. So in order to use him/her again their choices are flashback, dream sequence, doppleganger, or just undoing the death in the first place. They put a couple of pieces of duct tape along the edges, wave their hands over the narrative, and hopefully the reader will be so happy they won’t care about the truck-sized plot holes.

TV is a little bit of a different problem. And this show in particular… as far as I know the only way you get to come back after death is as a zombie… so that fix is out. 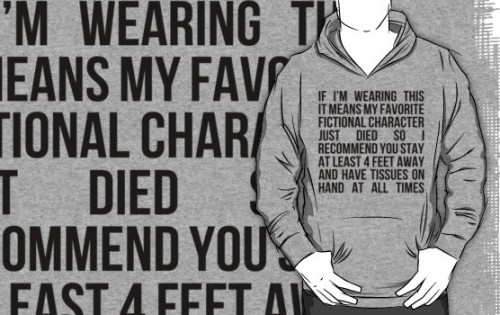 Darryl is an interesting case as I think that the original plan wasn’t for him to become the “fan favorite” character. I wouldn’t be surprised if the writers thought he’d be killed off early in season 2. But something happened… people liked him. They saw him as not just a redneck like his brother, but someone who might be able to become a hero… maybe someone we can root for… or maybe he was just the opposite of Shane, someone we saw was headed towards a confrontation with Rick sooner or later.

Whatever it was, the writers used that feedback and by this point in the story he certainly is one of the more important characters on the show.

I feel like when you are enjoying a story, no matter what form it takes, that the characters are there to serve the tale, but the tale is there to serve the characters as well. Many articles and interviews with authors have talked about a magical moment where the character starts dictating what is going to happen to them. That is the moment when those plans of killing off a character sometimes hit the biggest snag. Suddenly they aren’t going to go down willingly, they are going to fight and claw for every moment of their lives.

But in the end, I think that when you make the decision to kill a character, regardless of their popularity, that it isn’t something to do just to get a shock out of the fans. Because the shock will eventually wear off, and suddenly that character you wanted to tell one more story about is no longer around for you to do that much.

That’s a lot of generalities, but let’s assume that you were going to write Darryl’s death… wouldn’t you want his story told? His character arc finished? And would you have him go out in a way that is uninspiring and forgettable (or laughable even?)?

I would offer that he deserves… no, he’s managed to earn a quality death. Probably doing something to save the others in his group at the cost of his own life. You have a situation where you not only need to do right by the fans and what they’ve come to love about the character, but also do right by the character himself.

And it shouldn’t be as a lark.

And it shouldn’t be as a “I’ve run out of ideas” thing.

And it shouldn’t be as a reaction to him being “unkillable” because the fans love him too much.

No, it should happen because that is the next story you want to tell. And the ones after that one no longer need him to be told.

Writer of comics and novels. In 2006 his first short story "The God That Failed" was published by Terminus Media in their debut comic Evolution Book 1. Since that time he has had stories published in Terminus Media's Evolution Book 2 and Evolution Special, Kenzer and Company's The Knights of the Dinner Table, and Four J Publishing's The Burner #3. Currently he is eagerly awaiting the digital publishing of his first creator-owned comic The Gilded Age #1 to be published online as well as his first novel The Dark That Follows later this year.
View all posts by John McGuire →
Tagged  Character Death, Darryl Dixon, John McGuire, walking dead.
Bookmark the permalink.