Thoughts from a 12 Year Old Me

As time goes on there are moments you’d like to go back to. Maybe you’d want to just relive them. Maybe you’d want to talk to your younger self and inform them of things to come. Let them know that while there are going to be some chaotic times coming for them, to just hang in there. There are many things I would like to share with my younger self. A version of me in Middle School, having recently moved back to the Atlanta suburbs. Dealing with being in another new school and trying to figure out how this was going to go. I wouldn’t mind talking to him and giving him a glimpse of some things to come (nothing that would mess up the time stream, don’t worry).

Things we all would like to say to our younger selves. 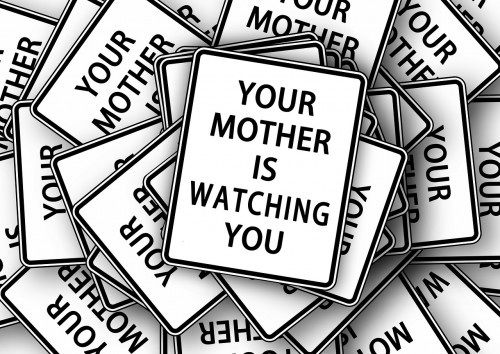 Yet the other day, as I was digging through my email I found something my mother sent me… from that younger version of me. I’m think this is his way of having a little visit with me.

One of the things I took pride in was being good in school. Up until Middle School the only B I’d ever gotten was in Penmanship (and that was quickly corrected after my step-father spoke with the teacher). This striving came to a head in college when I had made a couple of D’s one quarter and proceeded to doubt my abilities to even make it. Luckily my dad understood exactly what I needed to hear and instead of disappointment from him, I got encouragement.

2 – Be more considerate of other peoples feelings.* (apparently I put the asterisk there, probably denoting a level of importance)

I try to do this. I think I’m more successful than not, but I know there are things I could do to ensure no one thinks I take them for granted (friends, family, co-workers). Sometimes it’s easy to get lost in my own world.

3 – Try my best at doing everything.*

Another one that I still strive for. I think it is something I would like to have in my writing… always getting better, always trying to learn… 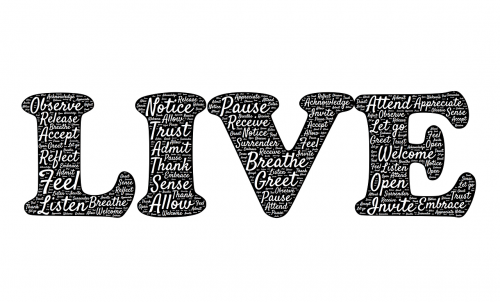 That’s one of those from my own parents and grandparents and Aunt and Uncle. It was ingrained at an early age. Something as simple as saying “yes sir” or “yes ma’am”.

Well, you can’t win them all can you…

Actually I am pretty well organized. Following my lovely bride’s example, I worship the Goddess of the To Do List. The thing that eludes me is organizing my time in the most efficient manner. So many distractions (so many more than the 12 year old me could imagine).

A very odd one. I’d love to know why this was on the list at all. Not like I did any vandalizing in my youth, and I’m happy to say, as far as I can recall, I’ve never defaced anyone else’s property.

My younger self wouldn’t count Napster as stealing would he? I mean everyone was doing it. How else was a struggling college student going to keep up with all the new music? But I never bothered with Metallica (I had their stuff already).

Tied directly into number 4 above. Again, I think I’m winning this one so far.

But what if they are really dumb?

As a writer, working with other writers, not only do you need a tough skin to handle criticism, I think you also have to be open to other ideas about your work. You need to be able to use the parts that make the most sense and those that you don’t believe apply… don’t use. But always remember each little note, as painful as they can be, is only going to make you better.

10 -Set goals and keep them

100 times this. I struggle with this, as I think most people do. And I think it is important to do this, but I also think you have to be careful to set realistic goals. Push for things you can control, but don’t beat yourself up about the stuff you can’t. And celebrate your victories, because sometimes they come in bunches, but sometimes it takes a while for the next one to get here.

With all of this, I would like to think, even with my failings, that I’ve made my 12 year old self proud. Just need to shore up some of those I’ve fallen a little short on.

Writer of comics and novels. In 2006 his first short story "The God That Failed" was published by Terminus Media in their debut comic Evolution Book 1. Since that time he has had stories published in Terminus Media's Evolution Book 2 and Evolution Special, Kenzer and Company's The Knights of the Dinner Table, and Four J Publishing's The Burner #3. Currently he is eagerly awaiting the digital publishing of his first creator-owned comic The Gilded Age #1 to be published online as well as his first novel The Dark That Follows later this year.
View all posts by John McGuire →
Tagged  guidelines, John McGuire, younger self.
Bookmark the permalink.