With the coming of February all I have to show for it so far is long days at the Day Job and almost every Sunday worked already. So what does that mean for the night job of writing? It mostly means that I’m squeezing 10 pounds of writing into a 5 pound bag. It means that there is too much to do and not enough time to do it in. 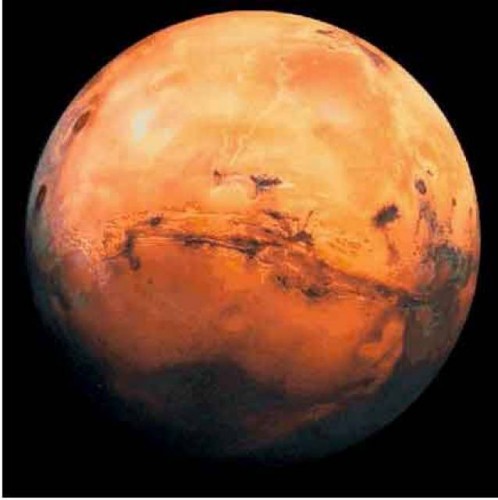 Did you know that on Mars the days are 40 minutes longer than they are on Earth? During the Curiosity flight to Mars one of the NASA engineers had his family adopt the Martian clock. What was of more interest to them was the fact that slowly they began to un-sync with the rest of us on Earth. Soon their days were our nights, their breakfast was our dinner, and so on. And all of that is interesting to a point, but…

I was more intrigued by the idea that they were gaining 40 minutes a day. What could I do with just 40 minutes more a day? Sleep, read, write, goof off… anything I wanted.

We schedule so much of our time away. The job takes 8, sleep another 6, travel to and from work another 1, eating is another 1 1/2, showering is 1/2, etc. It starts to disappear very quickly.

So how do I find that extra 40 minutes? That’s the question I’m constantly asking myself. Where can I subtract from my current Earth Day in order to get what I need/want/must get done on the writing side of things?

Sadly most of the time it comes from my sleep allotment (and it is sad… I love my sleep). I get the majority of my writing done during the hours of 11 pm to 2 am probably 5 nights a week. When I’m really rolling on a project or nearing a deadline (external or internal), that is when I really bear down and use that time efficiently. I know I’ve had a good night when it gets to 2 and I’m want to keep going because I’m in the flow of things. The bad nights are when I spent too long checking websites and blogs and email and Facebook and watch too much tv or play too much video games and the time slips away from me and it is 1 before I even open Word to start my night. It’s kinda hard to really get things going when I’ve shrunk my own time by 2 hours.

It all starts with a schedule I set up for myself. Maybe its the engineer portion of my brain, but I need milestones. When I laid out my goals for this year a month ago it was from having a decent idea of how much work I can produce on a daily basis. Then I take those projects and set up the next 3 months of my calendar. Putting it writing so that I can not only track my progress, but I can have those goals staring at me on a daily basis. I really do believe that left to my own devices I would find more and more ways to distract myself. But I look at the schedule and see that this week I’m supposed to be starting on a new novel and then think “I’m already 2 days behind this week”. It helps get my ass in gear

As to my nightly writing plan? 5 nights a week producing 1250 words done in a night. The industry standard for what 1 page of a book equals 250 words, so my number basically has me write 5 pages a night. That’s the bare minimum I want to get when I sit down at the computer to start hammering on the keys. It has to include all the false starts and stops. The nights when the words just won’t flow and every single letter disagrees with all it’s neighbors. They squabble until I begin to wonder if I have any ability to string 2 words together, much less 1250. Comic projects take a different amount of work as I typically do different passes. First draft is mostly dialogue with a little panel description, second draft is making sure I have a decent rhythm throughout, and then it is onto a more final draft that I then turn into whomever are my editors on that particular project.

On good nights it takes about a hour and a half to get my work in. On bad nights it might take four hours and I may only have 500 words done. But when that clock strikes 2 am and I begin to turn into a pumpkin, I have to start wrapping things up if I want to have any use the following morning. 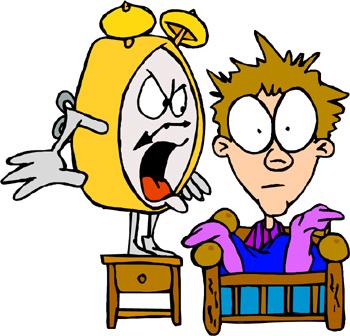 This is how I feel it is for me every morning.

The other thing it does is lay out everything in writing that I want to do. Sometimes we get bogged down by the sheer thought of all these tasks and projects, but I find that laying them out removes some of that stress from my brain. It lets me know that today I’m doing the blog, but tomorrow I have 1250 words of the new novel to write, and maybe on Thursday I have some editing to do on Hollow Empire (though I typically don’t jump around that much – I find focusing on one project over the course of a week is better to ensure I get into that groove).

Does my technique work for everyone? I’m guessing not. I think creative people enjoy flying by the seat of their pants. And they also may only have one project going at any one time.

Me? I gotta have a dozen pans in the fire as I’ve seen too many things have false starts or never get off the ground at all.

And crossing things off your to-do list is a small jolt as well. Knowing that you are that much closer to having a final product is probably the best thing.

Writer of comics and novels. In 2006 his first short story "The God That Failed" was published by Terminus Media in their debut comic Evolution Book 1. Since that time he has had stories published in Terminus Media's Evolution Book 2 and Evolution Special, Kenzer and Company's The Knights of the Dinner Table, and Four J Publishing's The Burner #3. Currently he is eagerly awaiting the digital publishing of his first creator-owned comic The Gilded Age #1 to be published online as well as his first novel The Dark That Follows later this year.
View all posts by John McGuire →
Tagged  John McGuire, tools, writing.
Bookmark the permalink.