This is how it goes come September. Our DVR is relatively clear. Sure, perhaps there is that one lingering show from last year we just haven’t quite gotten around to watching… but otherwise we start fresh.

That lasts for all of about 2 weeks. 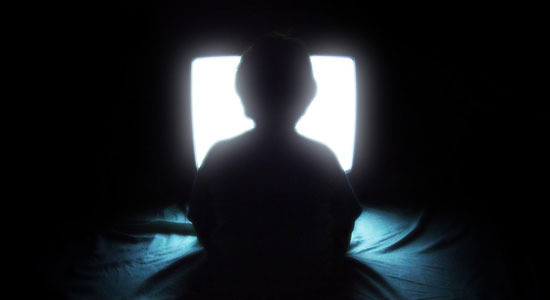 We scan through the new shows, looking through Entertainment or online or even TV Guide flagging those shows which catch our eye and ensuring there are no conflicts with any existing shows. Slowly that DVR fills up. Shows become endangered species as the capacity approaches. 5% left and now the easy decisions get made:

We were never going to watch X show… let’s just delete it. That buys us, what? 3 days?

My wife sees the numbers of episodes click ever upward. Her palms begin to sweat. She’d rather not bother with the show if the number gets too high (Heaven help you if she finds out that pilot is 2 hours – she might go screaming from the house). So now I become a Vaudevillian performer with my spinning plates, ensuring that everything survives as long as it can (or until we make a decision about locking it in for the rest of the year. 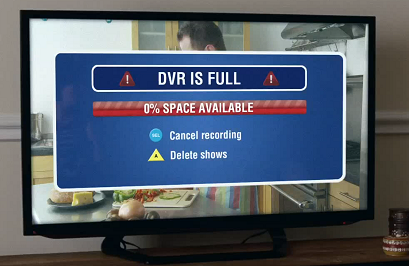 Maybe this is beginning to change though. We’ve certainly joined into the binge watching affairs during this last year. 2 seasons of Orange is the New Black, all of Breaking Bad, and even the new run of 24. And each one of those had a number beside them that was at least 12 long, and in some cases many, many more than that.

And then last year, even though Sleepy Hollow looked right in my wheelhouse – I waited. I recorded the episodes, but didn’t watch them. Had I not been burned time and time again by these shows? And this one looked like the type that begged to be cancelled 4 episodes in. Plus it was on FOX, so there was little doubt.

Imagine my surprise when they were picked up for a full season well before Christmas. Somehow a genre program which walks that line between goofy and serious has turned into the little show that could.

Maybe I shouldn’t be so quick to judge this year’s newcomers?

We may still be in the Golden Age of TV… I don’t know for sure. I do know that for superhero “stuff” on TV, this next year is above and beyond anything we’ve ever experienced before. It’s an all you can eat buffet.

I just wanted to look at the comic shows debuting this Fall:

Gotham – If you haven’t listened to Kevin Smith’s “Fatman on Batman” Podcast, you are missing out. He typically does these epic 2 + hour conversations with the various creators, voice actors, animators, etc. who have worked on something Batman related. But it was one of his conversations with Paul Dini where they discussed a potential Batman show done where he was much younger than anything we’d ever seen before. How you could focus on Gordon when he was a much younger man trying to make his way in the world. How you could slowly introduce many of his villains.

The tangent probably lasted 20 or 30 minutes, but I was in. Gotham seems like it sprang directly from that talk (though it was developed entirely separate). But, yeah, I’m in on that one.

Flash – I actually have a blog post coming up in a couple of weeks about the Flash. Sufficed to say I will be watching it.

Constantine – I think I have about 6 comics with Constantine in them. I never have read Hellblazer (it is on my list). I didn’t see the Keanu Reeves movie from a few years back (though that might be a blessing). Assuming I do check this one out, I’m pretty much going into it blind. I know there will be demons and magic and that’s about it.

I check this one out, but I need to be wowed quickly.

Agent Carter – I wonder if this concept has enough “juice”. I like the general idea of exploring the early days of SHIELD and the Marvel Universe, but I worry that once the gimmick runs its course, the show won’t have much more to stand on. There is definitely some opportunities for them to universe build, but it could easily turn into the show winking at the audience every week with some random comic easter egg (which Agents of SHIELD did a few times to mixed results).

The other worry is that it took SHIELD half a season to get to where they should have started. Now, don’t get me wrong, by the end of the season it was running on all cylinders, but if Carter fails to get out of the gate in the same way, I wonder if the leash will be quite so long? 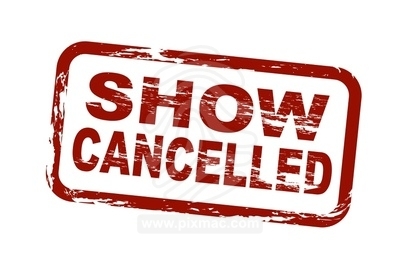 3 from DC and one more from the Marvel movie universe. My best guess is that Gotham and Flash survive, Constantine doesn’t finish the season. Agent Carter gets 1 full season and then it is done (and maybe they end up saying that was the idea all along).

But aside from these, what shows should I be checking out (no guarantee they get added, but I know I’m going to miss a few somewhere in there).

Writer of comics and novels. In 2006 his first short story "The God That Failed" was published by Terminus Media in their debut comic Evolution Book 1. Since that time he has had stories published in Terminus Media's Evolution Book 2 and Evolution Special, Kenzer and Company's The Knights of the Dinner Table, and Four J Publishing's The Burner #3. Currently he is eagerly awaiting the digital publishing of his first creator-owned comic The Gilded Age #1 to be published online as well as his first novel The Dark That Follows later this year.
View all posts by John McGuire →
Tagged  Comics, John McGuire, new shows, television.
Bookmark the permalink.