Vanity Press: What Kickstarter RPG Rewards Are Available? – How to Write Adventure Modules That Don’t Suck

No vanity-press-buy-a-RPG-creator’s-credit this week. Instead, let’s focus on a publication to improve my RPG adventure module writing skills. 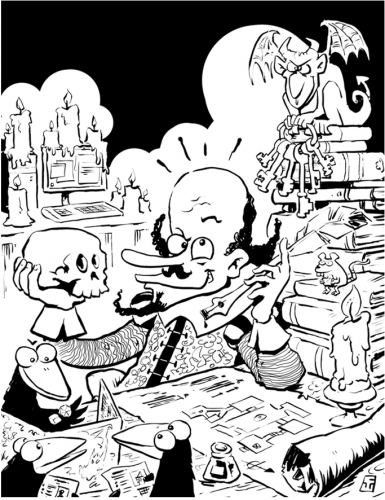 “Advice on how you can write great adventures – from the company that has published more than 200 top-notch adventures!

Many years ago, when Goodman Games was first starting out, many sage elders in the industry gave Joseph Goodman advice on what to publish. The most common advice received was: “Don’t publish adventure modules. They don’t sell.”

What we have learned since then is that advice is largely true. Poorly written, uninteresting, uninspired adventure modules do not sell.

But the good adventure modules – the exciting ones – that ones that read well and play well at the table – they become treasured memories for us all. They become legends. These adventures are the shared experience that builds our community. We remember our exploits, ask each other how a different group handled that encounter, and lament the secret doors we may have missed. We tell our friends about the climactic finale; we are in turns surprised and devastated and thrilled as we navigate the encounters. And most importantly, if an adventure is fun to play – if the game master and the players both have a blast – then we tell our friends, and they play, and they tell their friends, and that adventure becomes a community builder. It is played thousands and thousands of times. It becomes a legend. 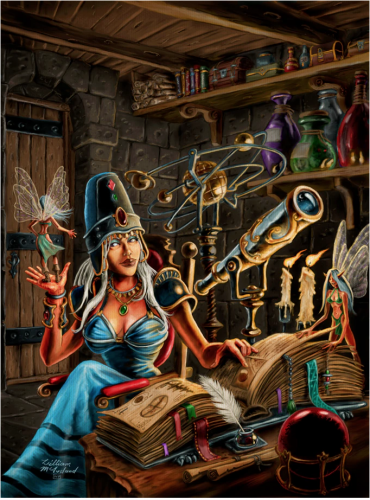 This is the primer that every game designer needs to have on his bookshelf. I’ve been in the role-playing game design industry for more than forty years. In many of those years my products were the best selling products out that year. I learned many new things from this set of articles. I have learned things that have improved my design skills, so I know they will improve yours as well.

The essay writers include: 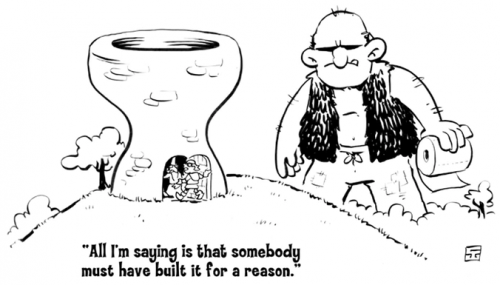 I want to be a tabletop role-playing game freelancer. I have some creator credits and experience that I’ve bought through RPG Kickstarters. What I don’t have is a mentor. HtWAMTDS is not that, but it is written by individuals that would be ideal mentors. The book promises to share their thought process for designing modules and adventure paths.

The cleverest part of Goodman Game’s Kickstarter is the updates, they’re samples of the book’s philosophy. Unlike so many projects, this one creates a clearer and clearer picture of what you are purchasing every time they add a new post.

To be clear, there are no vanity press rewards here. Instead, for as little as $12, you can get the PDF of HtWAMTDS and learn from those that have gone before and made money in this industry. Seems like money well spent.