Waiting for The Ending

It’s difficult to have content for your blog when you can’t actually talk about things that you are working on. It’s both a good and bad problem to have since one day I will not only be able to talk about them, but I might be able to show them off in their various formats (to say anymore will invite the Men In Black to come to my house and hunt me down… or at least use the “flashy thing” on me).

And the stuff that is already done, well I’ve said a ton about them up to this point. Well except for some comics that are done, but not done.

And other things (novels) are either done and waiting for edits or are close to done, but seem to have been that way for far too long.

So it presents the conundrum.

There is a lot of waiting. A lot of time that has to pass in order for things to have “happened”. In a month I’ll have this thing or that thing completed.

It reminds me of when I was younger. So many things are placed in front of you as barriers. And most of them have to do with age. Sometimes it was as simple as a movie or TV show you might have heard about. Sometimes it was extending that glorious bedtime another half an hour so that I could feel like a “big kid”.

Writing feels like that as well. When I get to THE END, that’s the moment that acts as something of a catharsis to me. It cleanses. It makes me realize how much time something has taken, and then makes me appreciate what I have done. 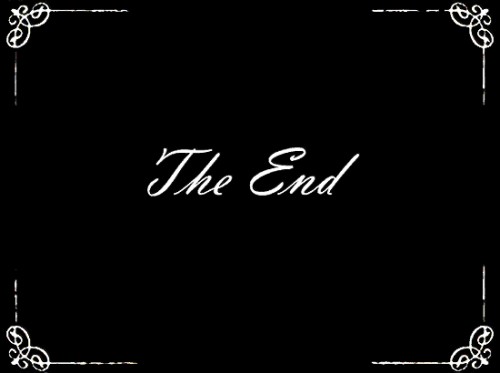 The problem is always the in between times. With no THE END in sight, what am I to do? So in addition to a couple of To Be Named Later things, I’m trying to devote May to short stories. I keep wanting to get a few of them done. Hell, I have a folder on my USB that is dozens of ideas, partially written stories looking for an ending, bits of dialogue, etc.

But it is definitely a different muscle again than the Novel muscle, or the comic script muscle, or the short film script muscle, or… You don’t have forever and a day to try and make your point. You don’t have to take month after month to try and figure out where the story needs to go. No, you can get in there, really figure everything out, and then get the heck out of there. And you get to write THE END at some point.

A small victory, but sometimes enough to help propel you on in the next project (or in a project that you might be a little bogged down in). Something to spark a different part of my brain in order to free up that space for something else. I fully think that by being creative, you end up spurring on even more creative thoughts that many times our day to day lives can seek to grind out of us.

I look at the folder now and it says there are 51 files. That’s 51 potential stories fighting in my brain for a chance to tell their own tales. And for far too long I have left them fallow, only contributing a few lines here and there, a couple of pages, a handful of words… a pittance. I think I owe it to those lost dogs to maybe try and make them into real boys and girls. Unleash them on the world.

And be able to write THE END.