This week, the CEO of Steve Jackson Games, the Design Lead for Starfinder, the company behind Fate, the creator of one of the hottest OSRs in years, and my buddy, William Quinton, share what RPG crowdfunding projects they’re following. This column gets a great response because no matter the creator’s level, they have crowdfunding projects they’re backing and want to spread the word about. To that end, let’s hear from the creators and companies behind:

Also, I want to give a quick shout out to Kim Frandsen and the interview we did about his upcoming project, The Barbarian: Keeping it Classy. 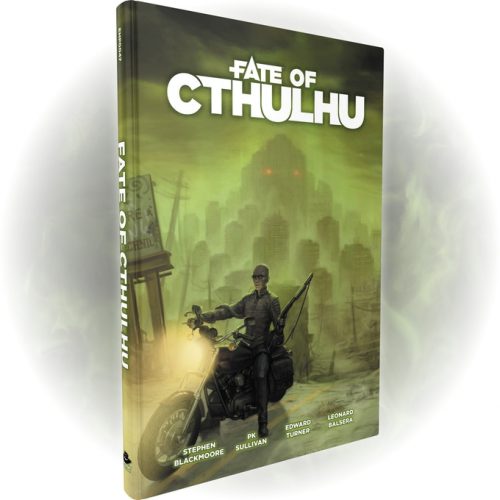 “It’s 2038. The Elder Gods have risen. You are our last hope. You’ve traveled back in time to 2020 to save humanity. Fate of Cthulhu: it’s Mythos meets Terminator.”

“Trilemma Compendium. I’m a fan of low-prep options for play and Trilemma Adventures caters to that impulse in three ways. First, the maps are gorgeous. The isometric perspective is expertly captured, the line art is clean yet still detailed, and the locations themselves are evocative. I really appreciate how easy to reference these maps are. Second, the format is limited to a two-page spread. No flipping back and forth, no trying to decide what encounters are absolutely necessary and which ones to cut. It’s all right there, easily-digestible. Finally, because the format is so condensed, the descriptions of each area get straight to the point. There’s no box text to weigh against GM text, or excessive stat blocks or peripheral details. As an experienced GM, I can fill in those elements myself. It also makes the adventures system-agnostic. Whatever your personal flavor of fantasy RPG, this collection of adventure locales will inspire you. It’s especially well-suited for pulling off the shelf to run a one-shot for your friends or coworkers.

Big Bad Con 2019. The deeper I get into the hobby, the more I want to try new and different RPGs. Kickstarter has really launched a terrific wave of innovation in that respect. But sometimes it’s hard to get my friends to spend their limited social time trying out a game they haven’t learned or played already. Big Bad Con helps me solve this problem. It has an emphasis on a whole range of games, from open-ended story games like Fall of Magic to detailed, gritty RPGs like Torchbearer. The con has an arrangement with its hosting venue in Oakland to take over two whole floors of the hotel, dedicated just to gaming. They clear the rooms of beds and set up tables in each one. So while there’s some “open hall” gaming, there’s also a good chance you will play in a private gaming room. I’ve attended a lot of gaming conventions and it’s a real luxury to sit in a session where your GM is not fighting to shout over the din of everyone else. Big Bad Con also makes a deliberate, dedicated effort to being inclusive and welcoming. If you live on the west coast and want to expand your gaming experience, Big Bad Con is a top candidate for your time and money.” 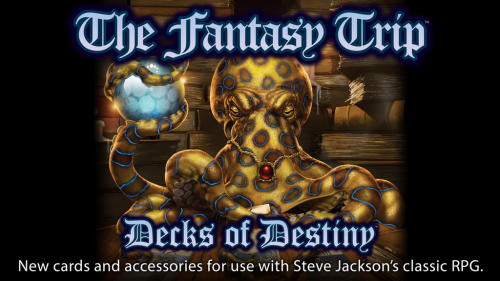 The Fantasy Trip: Decks of Destiny by Warehouse 23

“Many, many new cards and accessories for use with Steve Jackson’s The Fantasy Trip roleplaying game!”

“Tunnels & Trolls Cartoon Adventure. Tunnels & Trolls is a classic, first released in 1975, and this Kickstarter campaign instantly caught my attention with its fun artwork and the idea of a T&T comic book combined with new solo adventures. These days, with work and life taking up so much time, as well as many flights each year, classic solitaire adventures are very, very welcome. I’m hoping that this one succeeds. I backed as soon as I saw it!

The Cthulhu Alphabet. Goodman Games’ earlier alphabet books — The Dungeon Alphabet and The Monster Alphabet — are amazing works of art. Inspirational GM resources loaded with ideas; back when I was regularly writing D20 PDFs, I often wrote bite-sized collections of stuff, and these alphabet books remind me of those older projects wherein every letter brings new ideas. The addition of so many fun tables makes the books better than my earlier works; there was no way that I wasn’t backing The Cthulhu Alphabet the day the project launched. I trust Goodman’s team and know that this will be another spectacular addition to my gaming library.” 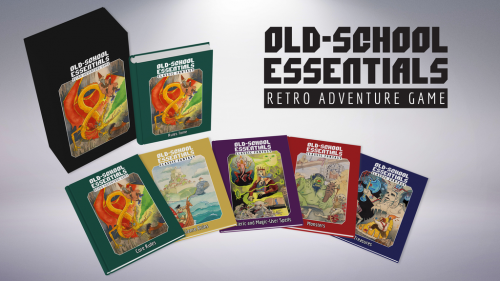 “Far Away Land Old School Role-Playing Game. I’ve been privy to a sneak peek at the PDF for this game, and the combination of the delightfully gonzo setting, the fantastic layout, and Dirk’s wild and colourful artwork really add up to something special. I’d read a bit about Far Away Land some years back, but as an old-school D&D purist (aka grognard) I was put off by the custom rules system. Now that Far Away Land is manifesting in an OSR form (based on Swords & Wizardry), I’m excited to venture inside!

The Cthulhu Alphabet. I’ll be honest here: I didn’t even read the description of this Kickstarter! It was an insta-back for me. I have Goodman Games’Dungeon Alphabet and Monster Alphabet books already, and they’re utterly captivating reads. These books ooze fantastic charm and creepy wonder, and I have no doubt that the Cthulhu Alphabet will deliver the same. Plus: Erol Otus cover art! Not to be missed.” 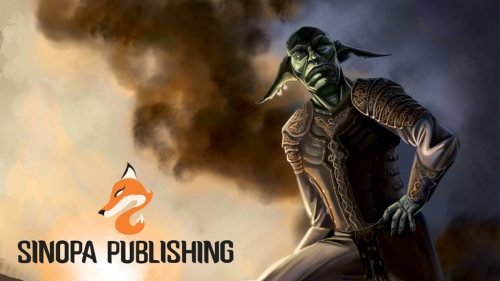 “A collection of NPC’s for your Dnd5e fantasy game Original art and content created for my subscribers, in one book RPG D&D TTRPG”

I’m very fond of Harry Potter and this just screams ‘Hogwarts’ to me. As someone who has run a few campaigns myself, I appreciate the simplicity of the campaign, its clearly defined rewards and its affordability. If you ever wanted to play through getting your letter, pick this one up!

Empire of the Ghouls: A 5th Edition Campaign vs. the Undead. “An alliance of cultists, ghouls, and vampires. A scheme of the dark gods against humanity. New maps, dark realms, monstrous societies!”

Fighting against legions of the undead is task which is well suited to heroic campaigns. Couple that with the books being produced by Kobold Press and you’ve got a recipe for fantastic adventures. Don’t miss this campaign folks.” 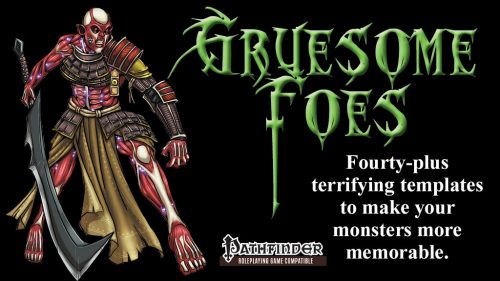 “A creepy collection of Pathfinder-compatible templates to help you customize your gruesome foes.”

“I am extremely interested in The Maze, by Alastor Guzman. The marketing hook grabbed me immediately: “A system agnostic Kick-the-door supplement.” I’m a big fan of flexible, fungible adventure material, and this looks like it’ll be chock full of ideas I can use, adapt, or be inspired by when running games.

I’m also keeping an eye on GeneFunk 2090, which describes itself as a “biopunk/cyberpunk RPG and setting made using the D&D 5E Open Gaming License. Players take on the role of elite mercenaries that specialize in investigation and violence. No magic or fantasy, but tons of cybernetics, genetic enhancements, nanobots, drones, hacking, androids, high tech guns and armor, and other amazing tech! ” I’m a fan of a lot of old school post-apocalypse games, from Gamma World to Marrow Project, and while this looks to have more of an updated-Cyberpunk-with-a-twist look to it, the idea of having some 5e-compatible high tech rules gets my mash-up ideas flowing!

Obviously as an employee of Paizo [NOTE: Owen KC Stephens is the Design Lead for Starfinder], I am biased in favor of the KINGMAKER 10TH ANNIVERSARY crowdfunding campaign on GameOnTabletop. [NOTE: GameOnTabletop is a tabletop gaming-focused crowdfunding site.] Even so, there are some things I think make it stand out.

Secondly, in addition to the hardback adventure, the campaign is offering Bestiaries that convert the monsters in the adventure to 5e or 1st Edition Pathfinder, allowing this one adventure to be run in three systems.

While I know I have rose-colored glasses on, I still recommend anyone interested in any of those game systems check this out!”