This edition of What Kickstarters Excite Creators? is a special one in several ways. First, Shane Hensley of Pinnacle Entertainment, the company behind Savage Worlds and Deadlands, shares a list of Kickstarters he’s excited about. I’m eager to share projects that Shane wants to put a spotlight on. Second, the creators behind The Umerican Road Atlas and Umerica Unnatural, One Child’s Heart, Gordon’s Bluff, and more share their thoughts on what’s good on Kickstarter. Third, I’ll be at JordanCon (the annual celebration of all things Robert Jordan in Atlanta) this weekend. If you’re there, I hope to see you. 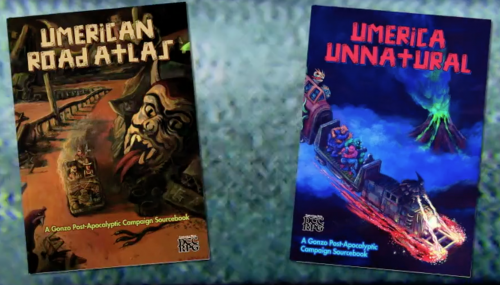 The Umerican Road Atlas and Umerica Unnatural by Shield of Faith Studios, LLC

“Two new sourcebooks for your Umerican DCC Campaign! A combo meal of wasteland wonder and sweet salvage to enhance your apocalypse.”

“I WAS A TEENAGE CREATURE by Ninjacat is a narrative-focused, urban fantasy tabletop roleplaying game that emulates a young adult paranormal TV show (or movie, or book series, etc.!) such as Buffy the Vampire Slayer, Teen Wolf, or even the Dresden Files. The twist is that the mechanics of the game are not based on what can these supernatural characters do but Why they are doing it and What emotion is currently driving their actions. The author has been a friend of mine for decades and I’m really happy to see this campaign live.

Lancer by Massif Press is a mud-and-lasers tabletop roleplaying game centered on modular mechs and the pilots who crew them. I grew up playing BattleTech, playing with Shogun Warriors, and watching Robotech so giant robots are a favorite of mine. This new RPG has amazing art and just crunchy enough to do mechs well without going overboard. Plus, the Beta rules have been freely available for over a year as the author tweaked them into perfection.”

One Child’s Heart by Camdon Wright

“One Child’s Heart is a tabletop roleplaying game about empathy, hope, and human connection in the face of childhood crisis.”

“The Koryo Hall of Adventures. This is a really cool looking campaign setting based on Korean locations, myths and legends for Dungeons and Dragons 5e. It makes me so happy to see thoughtful content that moves beyond the generic “Asian themed” material that we’ve seen for so many years. If you play D&D and are looking for something new to play please check out The Koryo Hall of Adventures! Please help them reach their funding goal!

Once Upon a Time in Jianghu. A wuxia-inspired Powered by the Apocalypse game that features some of my favorite writers! Sen-Foong Lim, Banana Chan, Rob Abrazado, and Elizabeth Chaipraditkul are all onboard as stretch goals! I love that it features the quick creation of unique characters in a setting that celebrates the diversity of Asia. As a bonus, Gallant Knight Games has always been great at delivering on the projects I’ve backed.”

UPDATE 2019-05-09. Unfortunately, the Kickstarter for Once Upon a Time in Jianghu has been canceled. It was done for the right reasons as the company investigates accusations made against the creator, but it’s still unfortunate news all the way around. Gallant Knight Games and WunderWerks share a statement about this situation and their next steps. http://www.rpgnews.com/once-upon-a-time-in-jianghu-canceled/ 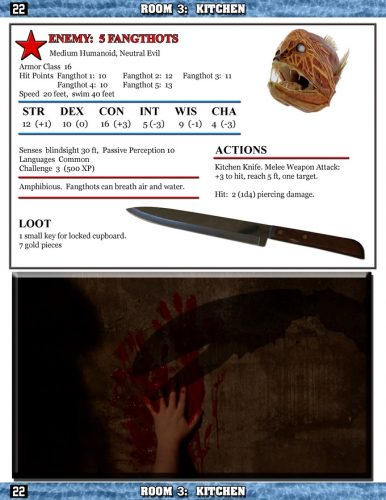 “A Lighthouse, evil magic, murderous monstrosities, and an innocent hamlet caught in the middle of it all. A 5E and Pathfinder Module”

“Odyssey of the Dragonlords blows me away. The artwork is amazing, and the production values look outstanding. The people behind it (James Ohlen, Jesse Sky, and Drew Karpyshyn) have a great history when it comes to CRPG’s. It looks exciting and fun. I wish I could design something that looks this good.

Deniable Assets is about being a horrible corporate villain, in the 80’s, working your way up the corporate ladder. I like anything where you can be the bad guy. Bad guys are more fun, and the setting is very intriguing. It’s an awesome concept.” 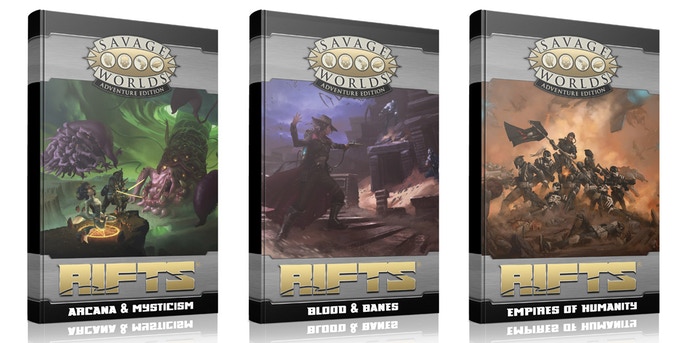 Several I’m looking at or have backed recently. Top of the list would be:

Movie Empire – “A medium-weight movie production strategy board game for 1-4 players. ‘I love the smell of worker placement in the morning.'”

Milito – “Milito is a card-based, diceless wargame by Martin Wallace, putting you at the head of an Ancient army.”

Girl With No Name Comic – “An orphaned girl raised by her bounty hunter uncle sets out for revenge after he’s murdered by a band of outlaws.” 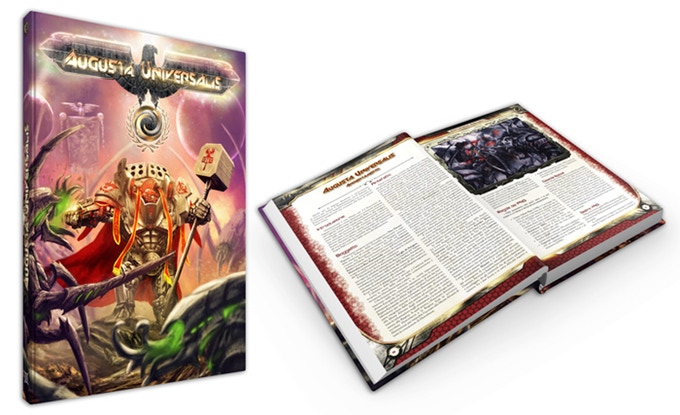 NOTE: Daniele Fusetto, a writer and a friend of Luca De Marini, creator of Augusta Universalis RPG, wrote me to share his friend’s RPG. I thought that was cool and the fact that I do my best to promote the international RPG scene, I decided to ask him to contribute his thoughts to this article (hence the recommendation for Augusta Universalis in the Augusta Universalis’ section).

“There are two tabletop RPGs from Italy that I would like to suggest: one is Augusta, of course, the other is Primi Re – First King.

Augusta Universalis is a uchronic RPG set in a world where the Roman Empire doesn’t fall and conquered the stars. You will be a Pretorian, a cyborgs guardian of the Empire used to conquer distant and wild exoplanets and fights against unspeakable cosmic horrors. The game uses the Dark Destiny System, which is capable of pushing a lot a player’s feeling of identification with his Player Character, the description of one’s actions and the narration.

Primi Re – First King is a historical-fantasy RPG with strong dark-horror atmospheres that brings you at the days of the foundation of the Urbe (“City”), telling the “true” story and nature of Romulus and Remus. The gameplay emphasizes the interpretation as the protagonist of the whole game, using an elaborate and very special D12System that unites dice-pool, zodiac, numerology and lunar phases to create a rule set and a characters building, basically unique in their kind.”