Whatnot is code for Amanda doesn’t have a blog post today. It’s not necessarily a bad thing. Whatnot usually means I’m busy in the studio and that’s a good thing! Here’s a run down of everything keeping me busy inside and outside the studio.

1. Preparing for the Jordan Con Art Show probably counts for at least three slots on this list. I’ll be displaying a mix of original works and matted prints. Yesterday I ordered a bunch of prints for their Print Shop. I’m working on three originals that I want to take with me next month. Here’s a peek at one I finished yesterday–Heart of the Forest in a beautiful frame. 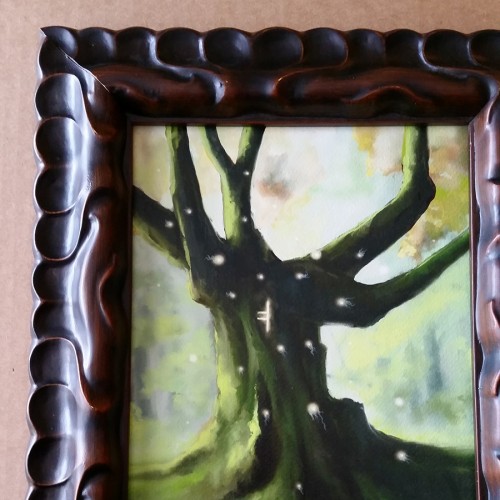 2. There are 12 days left in my Kickstarter campaign for Daydreams and Wanderings. I’ve promoted more online this month than I have for my Etsy shop in the last 6 months. At this point I feel like I’m spamming everyone, but my artists friends say keep doing it! I’m so close at this point. There are 12 days left and I’m 91% funded. I’m terrified I won’t reach my goal.

3. Drusilla. She’s nearly 11 months old now and still a handful. Lately she’s become obsessed with carrots. I kid you not. I can’t open the veggie drawer in the fridge without her getting excited. She loves playing with the end of a baby carrot. She carries it all over the house, batting and playing. She also likes to hide them in boots, pockets and plastic bags. Carrot time is usually in the evenings so I can keep her occupied while we eat dinner. The rest of the day is a mixed bag. Earlier this week I caught her gnawing on Loki’s shoulder. She acts out when she wants attention or food. Here she is looking innocent. Don’t be fooled. 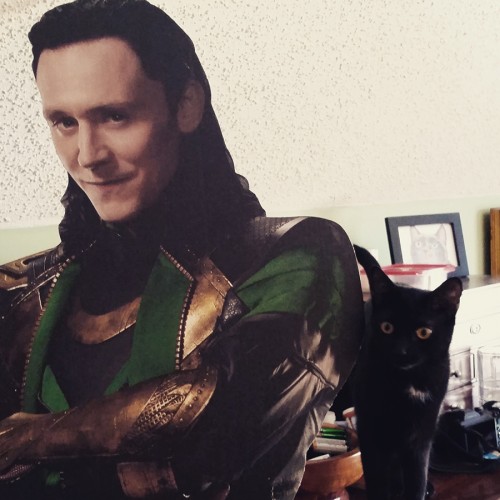 4. I’m also in the early stages of a new commission for a book cover. That’s all I can say about that. 😉

5. I’ve also been working on various drawings, sketches and ideas for paintings to come. Some are ideas I’m returning to and rethinking. This has led to me really evaluate my art–where I want to go and what I want to paint. Many of the pieces I’ve created in the last two years were part of a learning journey, but though I tried to branch out and create specific types of fantasy art for my portfolio I kept being pulled to what moves me–the face. I’m not certain where I’m going, but I know it’s no use to fight the current. 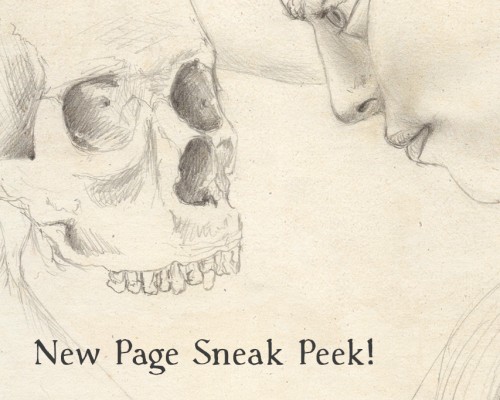 6. Reciprocal. It’s a funny story. Over the holidays I met a fiber artist at a UGA alumni event. She talked me into joining OCAF, which is less than a mile from my house. OCAF – Oconee Cultural Arts Foundation – is an arts organization located in downtown Watkinsville, GA. Oconee County is a rural county. I was hesitant to join because I didn’t think my art would be a good fit. I still believe that. Soon after joining there was a call for entries for a juried exhibit at UNG (University of North Georgia) only for OCAF members. There was no entry fee, so I said, what the hell. I entered my painting Electryone. Sixty artists entered and only 15 were selected, including me! I was blown away. The exhibit is on display till April 2nd. Check it out if you’re in the area, it’s only 15 minutes from Athens. 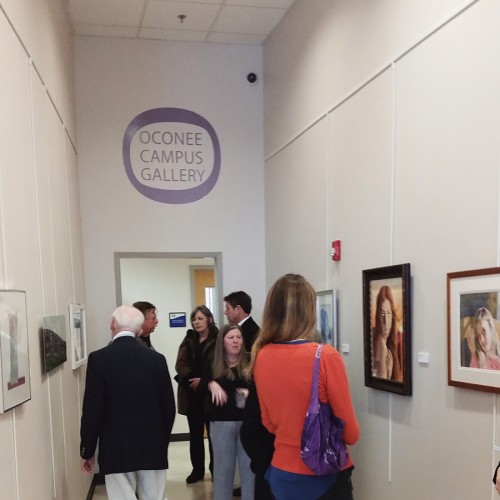 7. Women in Fantastical Art. I recently joined a secret group on Facebook for Women in Fantasy Illustration. It goes on a short list of the best things I’ve done. I needed this group and I have a feeling the benefits will continue to follow in the months and I hope years to come. I’ve made new friends and I’ve touched base with another artist in the Jordan Con Art Show. Yay! I’ve gained support that I honestly can’t get from anyone else but artists who can relate. I’ve gained knowledge! And I’ve been included in an amazing gallery, the one I linked to at the start–Women in Fantastical Art:

Wow… Yeah. My art is included in this new website built by Leesha Hannigan. To top things off, 24 hours after we made our debut to the world, the web gallery was featured on Tor.com. Wowsers!! 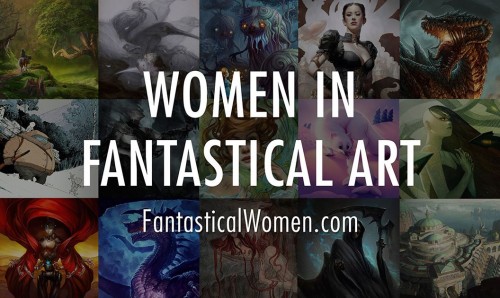 I could probably add a few more things to this Whatnot post, but I think I’ll stop here. March has been an incredible month. INCREDIBLE. I really I hope I haven’t jinxed April…

Amanda Makepeace is an award winning illustrator inspired by nature, mythology, magical beings, and distant worlds. She is the co-founder of the Bird Whisperer Project, a monthly art challenge focused on spreading the the love of birds and art making for everyone. Her art has appeared in ENnie award-winning games and on the covers popular independant novels and anthologies. Her latest project is the cover art for the Long List Anthology Volume 4, a book featuring Hugo nominated stories. Amanda is a regular at Fantasy and SciFi conventions in the southeast, and an award winner at JordanCon, DragonCon, ChattaCon, and LibertyCon. http://www.amandamakepeace.com
View all posts by Amanda Makepeace →
Tagged  Amanda Makepeace, art exhibit, creativity, fantasy art, Jordan Con, Kickstarter, Loki, whatnot, Women in Fantastical Art.
Bookmark the permalink.