A Thought for Every Thursday – J Edward Should Have Written Something

Welcome to the latest installment of J Edward Neill’s new weekly series, A Thought for Every Thursday. Egg Embry is filling in for J Ed this fine Thursday.

Every Thursday (save for this one) he’ll pose a question (or several) regarding a specific current event, a modern moral issue, or a philosophical conundrum. Instead of answering it his own damned self, he’ll look to you for the resolution.

Here we go with Egg Embry filling in… Hold your nose and dive in!

Here at Tessera Guild, the site is like a concert with several bands. The idea is to help each other with exposure but not really write each other’s songs. The more one of us is seen, the more all of us are seen. J Edward’s body of work makes him the national band that everyone paid to see. My work is more like the local band that has rehearsed twice and has one song that will, in several months, be refined into a crowd pleaser before they break up and all get jobs at Target.

Continuing with the bands analogy, what happens when the headliner doesn’t come to the show?

Think about your next steps if you’re the local band and the act everyone cares about did not show up. Do you decide to step up and play your not quite ready for primetime set? Or step away so you’re not doing more work than the main act?

Explain your reason(s) to step up or sit down. 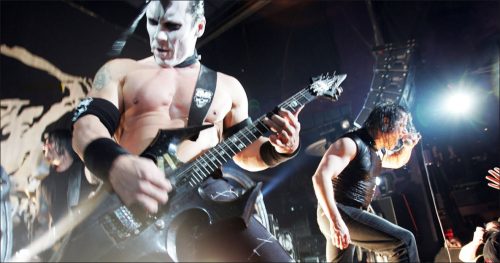 J Edward Neill will be back next Thursday!

Egg Embry wrote comic book short stories, edited comic book series, wrote and drew a webcomic, and contributed to comic book journalism across the 2000s. Now, he buys the opportunity to write for a variety of tabletop role-playing games in the tradition of vanity press. NOTE: Articles may includes affiliate links. As a DriveThruRPG Affiliate/Amazon Associate/Humble Partner I earn from qualifying purchases.
View all posts by Egg Embry →
Tagged  Fill-in, Step Away, Step Up.
Bookmark the permalink.