Behind the Artist – Interview with La’Vata O’Neal

Doing this comic book thing as a writer who can barely draw stick figures means I have to lean on the artists who work with me. There is a level of trust that must exist when you hand over your finely crafted words for them to work their magic. So far, I’ve been very lucky in this regard on all the various comic related things I’ve done, but that is especially true with the Gilded Age.

I was happy when I reached out to La’Vata O’Neal (who has done the cover for the Gilded Age Graphic Novel… more on that later…) and she agreed to an interview.

I’ve been working in comics since Mr. Tony Cade decided to pick me up to do some work for him.

(Tony Cade is the Editor-in-Chief over at Terminus Media.)

When I was little I was interested in shapes and figures, still am of course, anything that isn’t a number or word! Though, I’m interested in writing due to its creative nature as well. 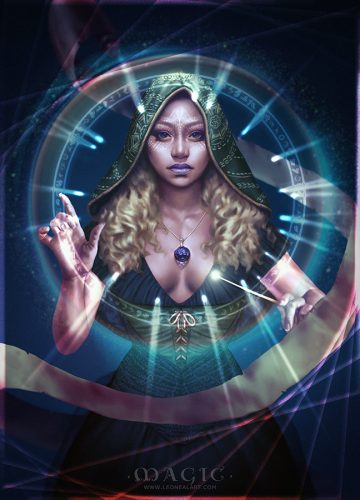 I didn’t have an early influence back then because it’s really like an old love. It’s the serenity of it, though now I’m greatly inspired by many artists now, deceased or living. I’m particularly fond of old paintings because of the way they were able to capture a story in one image. They spoke with such power with just one image.

I sketch daily and paint weekly, it’s like my fingers are possessed-

I do sketch daily though to keep the creative flow. Whatever I produce in sketches I try to share and it keeps me relevant. I post to facebook, tumblr, and Instagram as the best way to market myself. At some point during the week though I’m always interested in learning new creative ways of doing art, so I’m usually reading up on some art form or for example how to do animation, etc. But At the moment I’m juggling a 9 to 5 job on top of the freelance business.

I love both to be honest; traditional is more expensive so the digital helps keep the budget down-but both, all day every day if I could! My process is a longer explanation, but a lot of it derives from traditional practices.

How do you work? Music while you draw? TV shows? Movies? No distractions?

I love to work while listening to music and if not music then an audible book.

I worked on a mobile game app, doing character design and illustration.

Let’s see, reoccurring themes…Fantasy mostly, I’m most drawn to that I believe. But realistically, I’m drawn to anything that’s fiction as long as the story is good! As for putting my own spin on characters, it’s something I reserve for others to do at the moment.

Do you have a favorite thing to draw (genre, scenery, etc)? 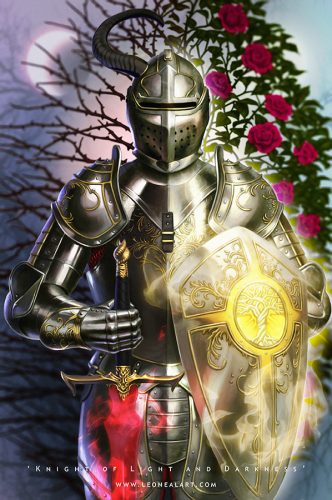 What’s the most challenging thing about being an artist in today’s world?

I would say keeping afloat, isn’t that always the case though. It’s rough being freelance if you don’t know what you’re doing.

If you could go back ten years, what advice might you have for your younger self? Something you wish you knew?

Wow…hm…I know exactly what I would say and it has everything to do with being more exposed to the art world. The more exposure the more you’ll understand.

What is your worst habit? 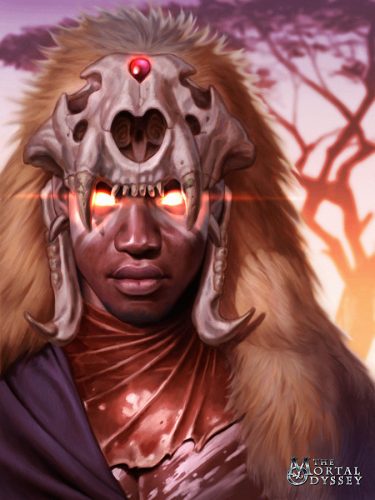 Goals? One year from now?

Let’s see, one year from now I look to be employed by a studio and not just doing freelance, I’d like to try being under some other artists so I can learn more.

For the Gilded Age, you worked on the cover to the trade (which is amazing by the way). I know we went back and forth with some ideas about how to present the characters, but it seemed like the tarot card idea just worked not only on a story level, but visually just nailed it. After we figured out that direction, how long did you work on those pieces – fine tuning them?

It might have taken me around 30 total hours to complete the cover. It was a very pleasant experience working on the Gilded Age trade cover!

Have you worked on any Steampunk style images before?

I have not actually but trying something new is always a learning experience and it can also be fun!

What are you currently working on?

I am currently working on my own project which still needs time to develop but it’s in the works, so keep an eye out! 😉

Anything else that you’d like people to know about you (Hobbies? Passions? Favorite TV Show?)?

Well that depends if people really want to know! I like being the mysterious type.

Where’s the best place to see your stuff on the web (website)?

I want to thank La’Vata for not only taking the time to answer my questions, but for being such an amazing artist. The cover for the Gilded Age Trade is ridiculous in every (great) way!

Writer of comics and novels. In 2006 his first short story "The God That Failed" was published by Terminus Media in their debut comic Evolution Book 1. Since that time he has had stories published in Terminus Media's Evolution Book 2 and Evolution Special, Kenzer and Company's The Knights of the Dinner Table, and Four J Publishing's The Burner #3. Currently he is eagerly awaiting the digital publishing of his first creator-owned comic The Gilded Age #1 to be published online as well as his first novel The Dark That Follows later this year.
View all posts by John McGuire →
Tagged  artist interview, Gilded Age, John McGuire, La'Vata O'Neil.
Bookmark the permalink.