Two weeks ago, I discussed picking up a RPG playtester resume credit from Kobold Press’ Tome of Beasts and Book of Lairs Kickstarter. This week, I’m looking at Kobold Press’ 5e campaign setting, Midgard, the early access to playtest materials that they’re offering, and their stretch goal that will open this campaign setting up to let anyone write and publish in it. 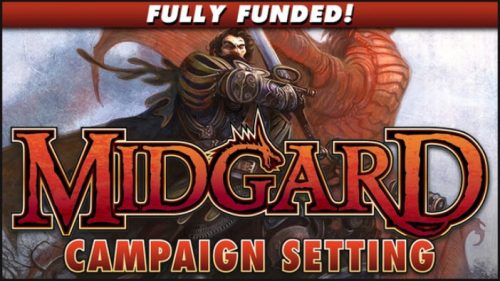 Welcome to Midgard’s shadow roads, traveler! The way is winding and dangerous, but the rewards are great for the adventuresome and bold.

The rewards for the Midgard Kickstarter include 3 primary books, plus a slew of thrilling adventures and crunchy expansions! The core rewards include these volumes: 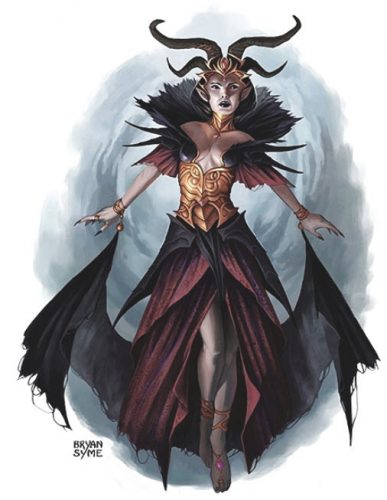 Dusk Queen of the Shadow from the Midgard campaign setting

Midgard Campaign Setting for 5th Edition and Pathfinder RPG: A 300+ page volume describing the Midgard regions, from the Northlands to the Western Wastes, and from the Southlands to the Crossroads. With detailed locations, cities, rulers, heraldry, plots, and adventure hooks galore, plus full details of the various pantheons, masked gods, and dark gods, there’s enough here to fuel years of adventuring!

In this updated edition, you’ll get the expanded Blood Kingdom of Morgau and updates to Zobeck, the Cantons, the Western Wastes, and other regions. If we meet our goals, we’ll also  add the Shadow Realm and Blood Kingdom as standalone chapters, and may even open the golden gates of Khandiria… It’s a rich and standalone edition of the setting.

This book is available in both a regular cover and in a special limited edition with leatherette cover, bookmark, and stamped gold foil, plus a handbound leather edition.

Midgard Heroes Handbook for 5th Edition: Full details for Midgard races, variants, archetypes, and backgrounds—everything you need to play trollkin, ravenfolk, kobolds, and others! You’ll also get more than a dozen new cleric domains, new weapons and equipment, and Deep Magic spells and traditions such as Clockwork Magic and Ley Line Magic. Stretch goals will add even more Deep Magic to the book, plus expanded races and broader options for existing ones.

Midgard Player’s Guide for Pathfinder RPG: Collects all of Midgard’s racial lore, class options, feats, and equipment under one set of covers—plus new material for ley line magic, and more. We hope to expand it with shadow magic and other stretch goals. Developed by Paizo staff developer Amanda Hamon Kunz.

Eldritch Lairs: A series of short 5th Edition adventures written by James Haeck and other designers, somewhat like the Prepared! collection of one-shots. This starts as a set of PDF stretch goals, and it will become a print volume included with the premium tiers once the collection is big enough (it will be an add-on for Basic pledge tiers). 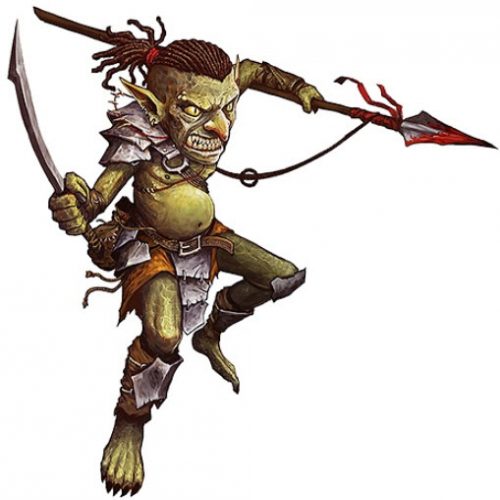 Pit of the Dust Goblins from the Midgard campaign setting

From the earliest days, the Midgard Campaign Setting has been an open world: pre-Kickstarter, patrons brainstormed elements of Zobeck, the Margreve Forest, and the horrors hidden beneath the Ironcrag Mountains. Over the years we’ve kept that door open, with an open freelance submissions policy and frequent design contests to bring new talent into the field.

Well, now we’re taking a big step beyond that. If we get enough backers on this Kickstarter, we’ll launch Midgard as an Open World on DriveThruRPG and RPGNow.

What will it mean for Midgard to become an Open World? Glad you asked! Like the Forgotten Realms and Ravenloft in the DM’s Guild program, Midgard will be open for anyone to use and publish locations, adventures, characters, lairs or other playable material (under certain conditions). In this case, it would cover supplements that are compatible with 5th Edition, Pathfinder RPG, and 13th Age RPG. 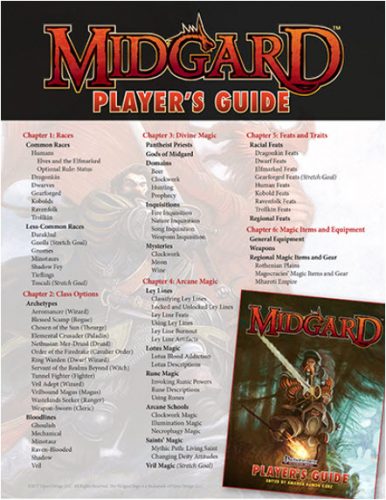 How close are we to that goal? We need 2,000 backers to form a strong enough nucleus of new designers to attempt it; we’re currently at just over 1,000 backers, with a little more than 2 weeks left. That means we definitely need your help to make it happen. It’s possible, but it’s not a slam-dunk.

What gets us there? Every backer of the project counts toward this goal, regardless of dollars pledged or rewards chosen. That means if all 4 players in your local game pledges $1, we’re 4 backers closer to the Midgard Open World. Any and all of those backers get first peek at Backer Updates in this project, which might also inspire them to roll up some homebrew encounters or build out that archetype they’re always talking about. It’s up to them.

Why Open Midgard? The reality of a small press is that we can never keep up with the demand for new material, and we’re always scouting talent. This approach helps with both, by providing additional Midgard adventures and resources, while opening up a way for talented-but-unknown designers to be recognized. Our hope is that participants in an Open Midgard will also become freelancers who keep the setting vibrant and join the Kobold crew on future official releases. That’s the plan; all we need is a large enough set of backers to launch it!” 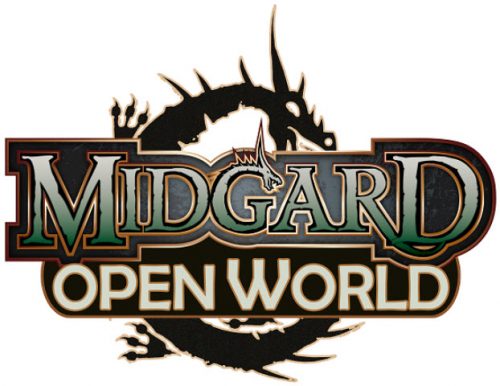 I’m building a RPG resume by purchasing creator opportunities on Kickstarter. This Kickstarter has pledge levels that offer early access to playtest materials for one of the largest third-party publishers. As a bonus, if the campaign reaches 2,000 backers then Kobold Press will make the Midgard setting an open world.

What’s an open world? In this case, it’s a RPG setting that you can publish content for (with certain restrictions). Want to set an adventure and characters in the Midgard’s Ironcrags and publish it for profit? If this stretch goal is achieved, that will be an option.

In a perfect kickstarted world, I’d want to playtest as much of Midgard as possible and use that knowledge to create worthwhile new content within the Midgard setting. With every new backer on this project, we’re getting closer to my goal.