21. Comic That Changed the Way You See the World 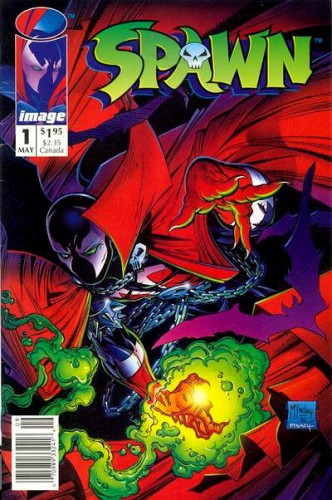 Yeah, I know. It’s a weird one to put as the answer to this question. A query which deserves some great piece of art as its answer. Something that truly stupefied me when I read it for the first time.

Before Spawn I didn’t know who created my comics. Obviously I knew Marvel or DC or occasionally Dark Horse, but I didn’t know who the creators were that were writing or drawing (or inking or coloring or editing or… you get the point) my favorite comic books. I never spent all that long on the credits page – get me to the MEAT!

Even when Todd McFarlane was drawing Spider-man, I didn’t really notice anything special (yes, I am the only one). But even I got caught up in the hype of Image Comics and the big name artists who were leaving Marvel in order to start their own company. Suddenly I knew at least 6 names of artists – and suddenly I realized how much I dug McFarlane’s art. So when he launched Spawn, well… it was the first time I was reading something because of who was doing it rather than the character they were writing or drawing. 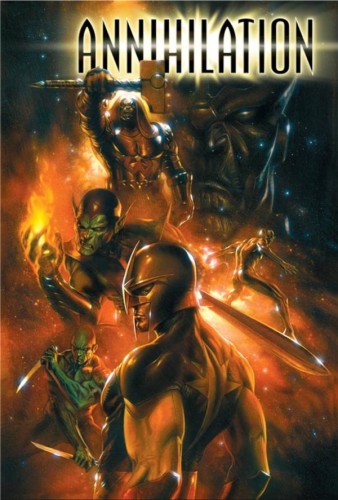 For the longest time the Marvel Cosmic Universe was this thing that got shoved to the side. No one really mentioned it other than an occasional Silver Surfer appearance in some random comic here or there. Which was a little annoying since I was always a fan of those stories. For some reason they felt like anything could happen because they weren’t confined to make sure New York appeared the same issue after issue. This was a place where alien races, some we’d known from the 1960s and some we were just discovering ruled and schemed…

And all that came apart at the seems with Annihilation. A wave of destruction that sought to wipe out all life throughout the universe.

It was a mini series that was left to tell its own story (again, not worrying about what was happening this month in X-Men). And the characters were not the ones you might expect. Nova, Silver Surfer, Super-Skrull… heck Star Lord made his “modern” debut.

Without this comic series I’m pretty sure that no one would know who Star Lord or Groot or Rocket or Gamora or Drax were. This is where things got started again for those who lived in the cosmos. 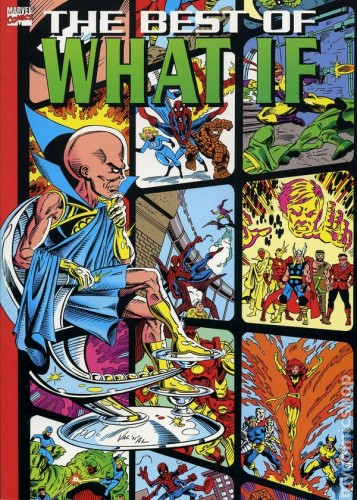 All those movies about alternate worlds, all those episodes of Sliders, all that thought after watching Twilight Zone or Star Trek’s Mirror, Mirror episode… what if a comic did that monthly for their own stories they were telling?

Well you’d get a comic book that is right in this guy’s wheelhouse.

And it’s not so much the stories themselves. Sure I’ve often wondered what might have happened if Gwen Stacy hadn’t died, or if the Fantastic Four had different powers, but the key thing was taking these ideas into very dark places the writers didn’t have a chance to do normally. You think that hero would probably die now due to X thing? Well, then he’s probably dying.

I still haven’t read all the ones from the original series, but I do have an older trade which collects a bunch of them, and then I have a bunch of the run from the 90s… but if you wanted a series where you might not legitimately be able to figure out the ending, then this was the one.

24. Comic Series that makes me smile. 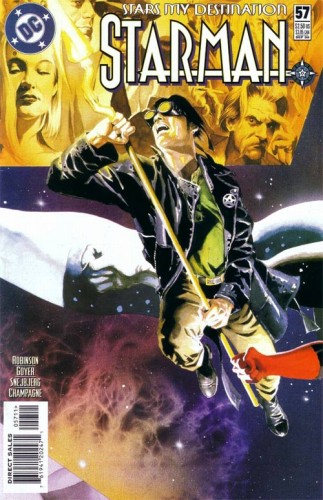 Once a year talks to his dead brother and gets advice. Check!

Starman was one of those comics that shouldn’t have really worked all that well. I mean, Starman had a comic in the 80s, a failed experiment in the 70s, and he was typically one of those characters who was just “around”. But James Robinson pulled together a family legacy of the surviving son doing his best to live up to the ideals of his father, while still retaining his own personality.

What really amazed me about the book is that nothing feels wasted. Nothing is really a throw away issue. Everything builds on itself, not just continuity, but the feel of the book. Maybe Robinson was getting more confident as time went on. Maybe those early seeds he plants in the comic are growing in just the right way. I don’t know the why, but I do know I devoured it each and every month. It is currently on my list of comics I need to reread (just as soon as I catch up on my current stack).