You can read Part One Here.

The thing no one realizes is that navigating the Dealer’s Room requires a commitment of time. As it turned out, we had about an hour and a half before the room closed on the day. The goal became see as much as possible while also visiting with some contacts and old friends.

While not the largest Dealers’ Room I’ve been in (New York Comic Con takes that prize), Gen Con doesn’t short change you on the options. Who knew there were so many board, roleplaying, and card games being developed and played?

We immediately ran into David Rodriguez, of Skylanders, Destiny, IDW’s First Strike comic series, and about a billion other things that I’m forgetting right now. I met David many years ago (through Egg) when we roomed together at Chicago Comic Con. It’s always nice to see the successes he’s had over the years, and it led to one of my favorite conversations ever:

Egg – So what are you working on these days?

Yes, Egg doesn’t know what Destiny is. I thought we were going to have to pull David off of him. Luckily, calmer minds prevailed.

After our examining of 5% of the Dealer’s Room, it was on to the game library inside of Lucas Oil Stadium. I’m not sure I’m ever going to be in Indianapolis for a football game, so it was cool to be on the field in an empty stadium.

The Game Library was pretty extensive. So extensive that after our failed attempt to play Arkham House (I’d suggest if you are going to play really complicated games that you get someone who has played the game previously to be around to assist). As it was we spent over an hour setting the game up, played a bit, realized we were playing wrong, still couldn’t figure out how the good guys might end up winning, and put the game away.

At this point, we were saved from our own indecision by Ben. Ben was just looking to game and luckily had bought a copy of Hero Realms earlier that day. It was a fun game (I ended up winning our 4 player game). Pretty easy to teach the rules, and seemed like it had a fair amount of replay value. After the game, though, it was nearly 2 in the morning and time to get back to the hotel and catch some sleep.

Friday was a tale of 2 different games: Call of Cthulhu and Tales from the Loop. 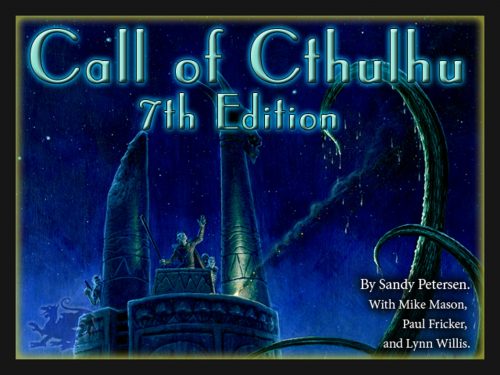 Call of Cthulhu is one of those games I often read about. People love Lovecraft and to hear it spoken about in such high regard made it one of those games we had to check out. It also helped that Danny O’Neil was our GM for the session (this was just Egg, Lee, and myself). Egg had contributed to the Dread House Kickstarter, so we were interested to see how it played. Luckily the scenario wasn’t the one he wrote for.

It felt like CoC was very much a Roleplaying game vs. a Roll-playing game. Yes, there are dice rolls, but much of the beginning session was spent gathering clues, talking to NPCs, and interacting in character with each other. When the weirdness began and Sanity checks were called for, it was almost more fun when you failed a check. What did that mean for your character? How would you react to the next bit of oddness? And would you have anything left when it was finished (my character’s answer was a NO, as he failed nearly all of his checks)?

I had a great time. Danny was an excellent GM. It would definitely end up as one I’d like to play again next year.

Tales from the Loop was the second game we played. It was just Lee and I as Egg was the Ebay high bid to be the guest of Cubicle 7 at the Ennies. And from what I understand, he had a great time. But I still feel a little bad for him, because after playing Tales from the Loop we proceeded to talk about it for the rest of the weekend.

There is a reason it won Game of the Year.

I want to write more about it, so I’m not going to go into a ton of detail about the session (in a forthcoming post). What I will say is that all those 80’s kids movies where all sorts of crazy nonsense seem to happen when the parents are away: Goonies, Explorers, Monster Squad, etc., well, that’s what this game is. It takes the best of that genre and lets you play as a kid.

Do yourself a favor and check out the game.

Lesson Learned from Gen Con: don’t schedule things at 8 in the morning. That is waaaaay too early. You will skip it. 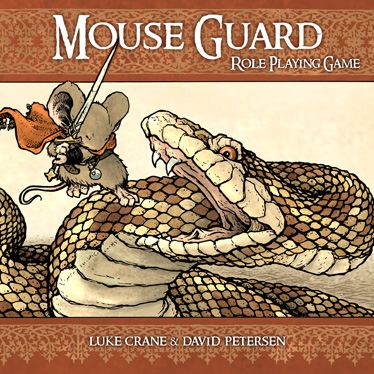 So it was that Mouse Guard was our first session. I really like the comics, so I was interested to see how the system worked. The basic setup was our group of Mouse Guard needed to find a snake’s nest and deal with the eggs we found there. Using pre-gens, each character had a few roleplaying style traits that they could appeal to during the course of play. Say that you often put other’s needs above your own – you might get a bonus dice to help with that particular skill check. In addition, if someone wanted to assist another character with a check, they could as long as they were willing to accept a condition (tired, injured, etc.) if the roll backfired.

The bigger question I had about the system was more that one of your Skills was your Mouse Nature. You could use this skill when nothing else seemed to fit (or pretty much whenever it might make sense – which could be nearly every time you checked something). As my character’s Nature was probably his best stat, I wasn’t so sure why I would ever use anything else. Perhaps it works itself out in longer campaigns?

The final Boss battle was very different. Basically, you could choose one of 4 different tactics (Defense, Feint, Attack, and Maneuver) as did the GM and then one by one you would almost play a game of Paper Rock Scissors where however the cards came up different things happened. In the end, the Guard was trying to reduce the enemy to 0 before they were reduced to 0 (this was a team determined score). A very interesting idea, but for some of the characters, there wasn’t much to decide. If you were primarily a defensive character, you should probably go with your strengths, but this would leave your combat turns more or less the same. Again, in a longer campaign, I could see a metagame forming as the DM tries to anticipate your moves based off previous battles. 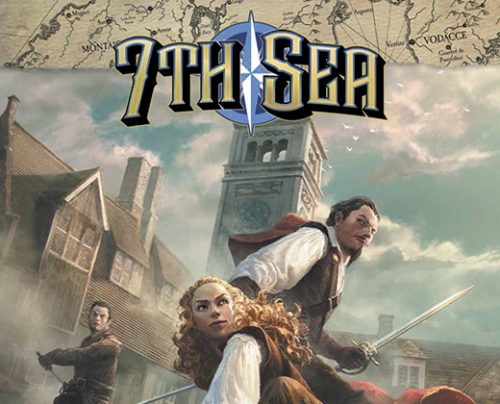 The evening saw us play 7th Sea. Egg and I had supported the 2nd edition Kickstarter and now have more pdfs than I could read in a hundred lifetimes (seriously, it is the gift that keeps on giving). In regards to the session itself…

The successes (known as Raises) work well enough, but my problem is things don’t always feel balanced. The number of Raises you get basically helps to determine the number of things you can accomplish in a round (# of actions you get). Multiple times I saw people get 5 and 6 Raises to my 2 or 3, which meant that they were getting to just do more things. Over a short combat this is less of an issue, but as the rounds increase, the difference of 2 additional “things” means one of the players just isn’t able to do as much.

So while the over the top play was fun, the actual rules didn’t sit well with me.

Did I mention not to schedule things at 8 AM?

When you should be sleeping?

Because we didn’t make that session either.

Since this was get-away day, we tried to do the remainder of the Dealer’s Room (you know, that last 95%). I’m proud to say that I think I saw nearly everything, even if it was a drive-by. One of the stand-outs was Shadows of Esteren, a series of RPG books that I nearly bought just to look at the beautiful artwork. It’s definitely one I’m going to keep my eye on for possibly adding to my pdf collection.

As to purchases, I did get a copy of Tales from the Loop (I told you I really liked the game) and a card game called Brass Empire (go figure a Steampunk game MIGHT appeal to me). Still, haven’t busted either of them out to play, but I’m looking forward to doing so.

So did the Convention live up to what I had in my head? Yes and then some.

Writer of comics and novels. In 2006 his first short story "The God That Failed" was published by Terminus Media in their debut comic Evolution Book 1. Since that time he has had stories published in Terminus Media's Evolution Book 2 and Evolution Special, Kenzer and Company's The Knights of the Dinner Table, and Four J Publishing's The Burner #3. Currently he is eagerly awaiting the digital publishing of his first creator-owned comic The Gilded Age #1 to be published online as well as his first novel The Dark That Follows later this year.
View all posts by John McGuire →
Tagged  7th Sea, bucket list, Call of Cthulhu, Gen Con, Gen Con 50, John McGuire, Mouse Guard, Tales from the Loop.
Bookmark the permalink.