Post-apocalyptic stories come in all shapes and sizes, but what they truly are about is the survivors. Like any good science fiction, they force the reader to ask questions: What if it was me who lived? What would I do to survive? At what point might it all no longer be worth it? 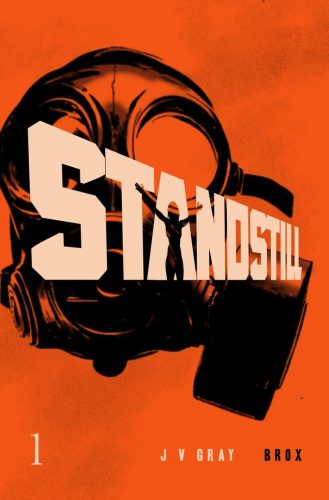 At its core, Standstill is the bastard love child of the Americana survival horror genre and a romantic Greek tragedy. The dramatic table is set here in the opening chapter when you are introduced to Mason and Luna, two young people very much in love, but that love is going to be tested under unimaginable circumstances over the course of their story. I say their story because Standstill is big enough to sustain multiple storylines over time and that’s how I’ve been writing it. As it progresses from chapter to chapter, the story is visceral, emotional, and, in some cases, not for the faint of heart.

Over 7 billion people live on planet Earth. What if 6 billion of them suddenly and inexplicably stopped moving – like toys that ran out of batteries. What would happen if the world came to a… Standstill.

The little blurb on the back of the book. The little bit of text where you have to put the idea out there enough so that it will catch someone’s eye. Simple, concise… everything I look for in a story. On the surface, it is the type of idea which could have just as easily worked in a novel format… but as a lover of comics, I’ll happily take what Justin Gray and Brox are putting out there. 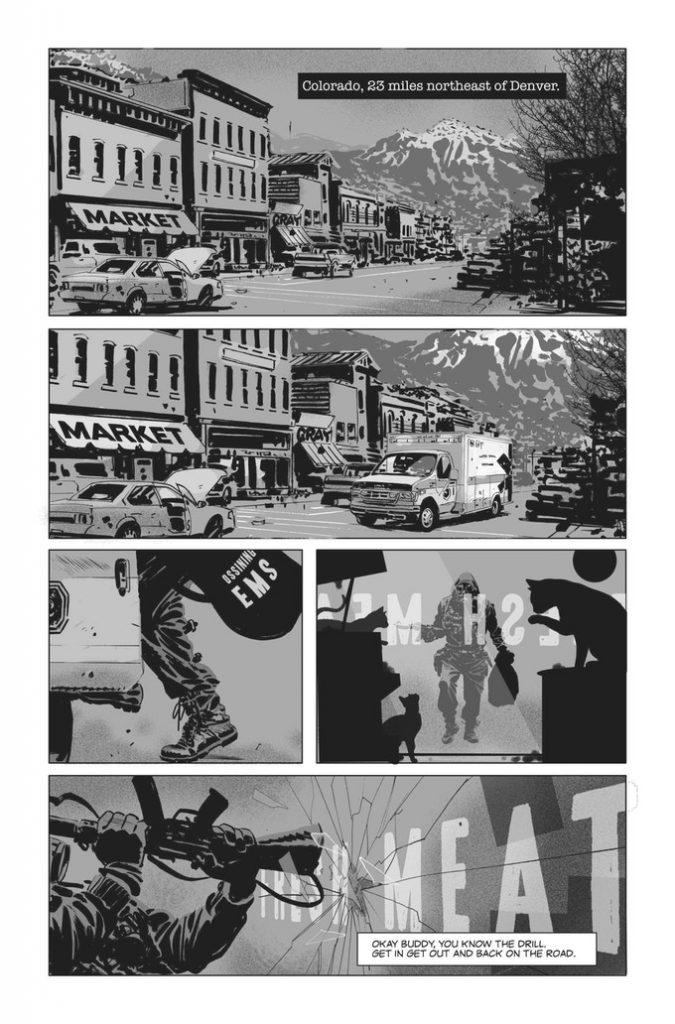 A couple of things popped out to me:

The digital comic is very reasonable at $3 and you get a copy of the script which, as a writer, is never a bad thing to know a little more about someone else’s process.

The physical copy at $5. Many comics end up charging far more than that even before shipping.

The ability to add a digital ad to the digital version of the comic at the $8 level. At the time of this writing, a small amount of money could get you in front of at least 225 backers where maybe something you write in your pitch becomes the thing which drives them to your story. 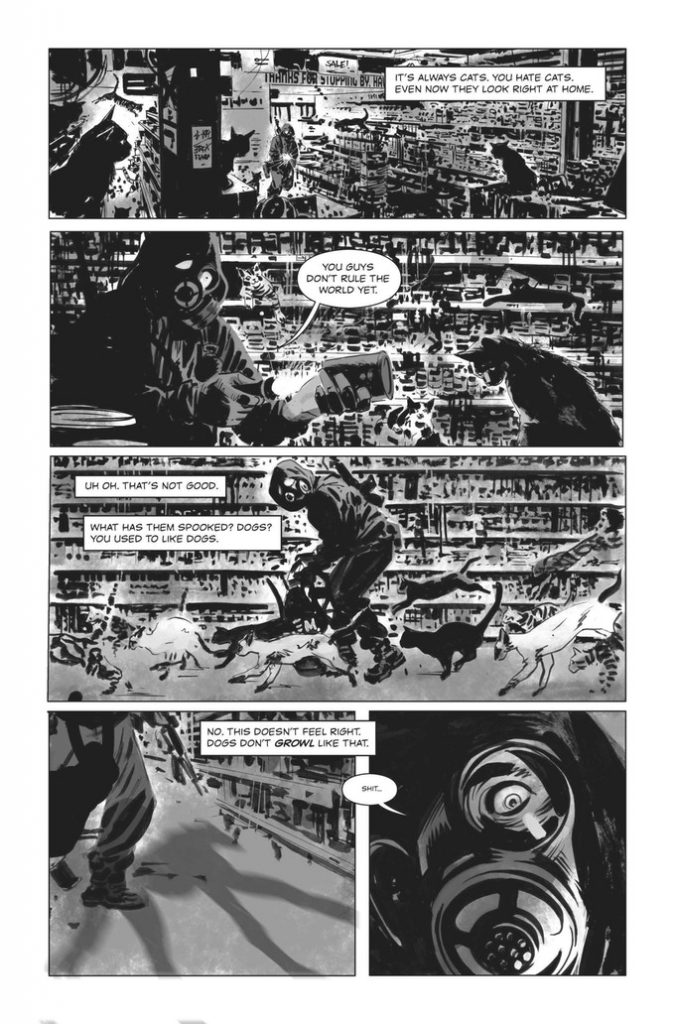 Justin talks about the idea coming to him if he woke up and everyone else was paralyzed, waiting to die.

That is some messed up thinking… a man after my own heart. I don’t know where the story may end up going, or what the long-term ideas he may have already mapped out, but at least in the initial issue, I am all aboard to see what happens next.

For more information on Standstill or Justin’s other comic projects, check out his Facebook Page here.

Writer of comics and novels. In 2006 his first short story "The God That Failed" was published by Terminus Media in their debut comic Evolution Book 1. Since that time he has had stories published in Terminus Media's Evolution Book 2 and Evolution Special, Kenzer and Company's The Knights of the Dinner Table, and Four J Publishing's The Burner #3. Currently he is eagerly awaiting the digital publishing of his first creator-owned comic The Gilded Age #1 to be published online as well as his first novel The Dark That Follows later this year.
View all posts by John McGuire →
Tagged  Brox, comic, John McGuire, Justin Gray, Kickstart the Comic, Kickstarter, Standstill.
Bookmark the permalink.