When I launched the Gilded Age Kickstarter, I had my master list from having helped out on the Route 3 campaign. What no one will tell you, or maybe what no one really understands is that assisting on a Kickstarter and running your own is like… is like doing something Hard and then doing something impossible! They say that running your own Kickstarter is very much like having a second job, and while that is close to what it is like, I’d compare it more to an extra part-time job. Because, for all the preparing you’d done prior to pushing the button to launch your campaign, there is a whole other aspect to the campaign which begins to reveal itself. 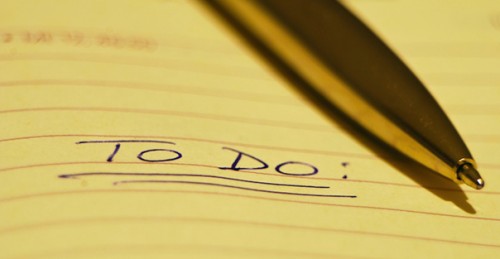 But I’ve jumped ahead. Here was my list of things (from another email) to do prior to the actual launch (about 3 weeks out):

I’d started a Steampunk Fridays blog on this site in order to get some eyeballs on their work and get my own name out there a little bit. This meant either finding Kickstarters which fit the theme or getting interviews with the creators. At that point, I’d reached out to 4 or 5 Steampunk Creators about interviews and then send on questions to those that had responded.

Since I was waiting, I needed to figure out my Steampunk Friday post for the week.

Needed to finish the first draft of the Kickstarter Page. I’d done a bunch of the basic stuff, but was still figuring out exactly what images to upload, how to arrange things, etc. Then I needed to send out the link to some trusted people to get feedback on the page. This was honestly the single biggest thing I had to do as each section had various images and each image had to be manipulated in order to fit correctly on the Kickstarter page.

Needed to create a handful of Kickstarter images for promotional purposes.

I was still debating the Rewards (both with the other Terminus guys and in my head).

There was an online Kickstarter hour video I needed to watch (which I’m pretty sure was from Tyler over at ComixLaunch – which if you haven’t had a chance to check out his podcast and you are thinking about doing a Kickstarter… well, you are missing out on a ton of great information).

Copies available now! Click the image to order the book!

Contact the artists on the project and get them to send in their Bios. If you’ve dealt with creative types you know this will end up being akin to herding cats.

At this point, the last couple of pages were being lettered, and that meant getting those pages to him (his computer was acting up, so this required traveling into the city).

Of course, I also was trying to identify places online where I might be able to spread the word. Whether it was blogs, websites, Facebook pages, Twitter accounts, and any other places I could think of. A master list was beginning to take shape at this point.

All of that, and I hadn’t even launched yet. And I still had regular life commitments like work and family.

Writer of comics and novels. In 2006 his first short story "The God That Failed" was published by Terminus Media in their debut comic Evolution Book 1. Since that time he has had stories published in Terminus Media's Evolution Book 2 and Evolution Special, Kenzer and Company's The Knights of the Dinner Table, and Four J Publishing's The Burner #3. Currently he is eagerly awaiting the digital publishing of his first creator-owned comic The Gilded Age #1 to be published online as well as his first novel The Dark That Follows later this year.
View all posts by John McGuire →
Tagged  Gilded Age, John McGuire, Kickstarter, Lessons Learned, route 3, Terminus Media.
Bookmark the permalink.