It’s Monday and several of my friends put out RPG Kickstarters today. I thought a quick roundup of some of the good that’s available for your gaming table was appropriate. 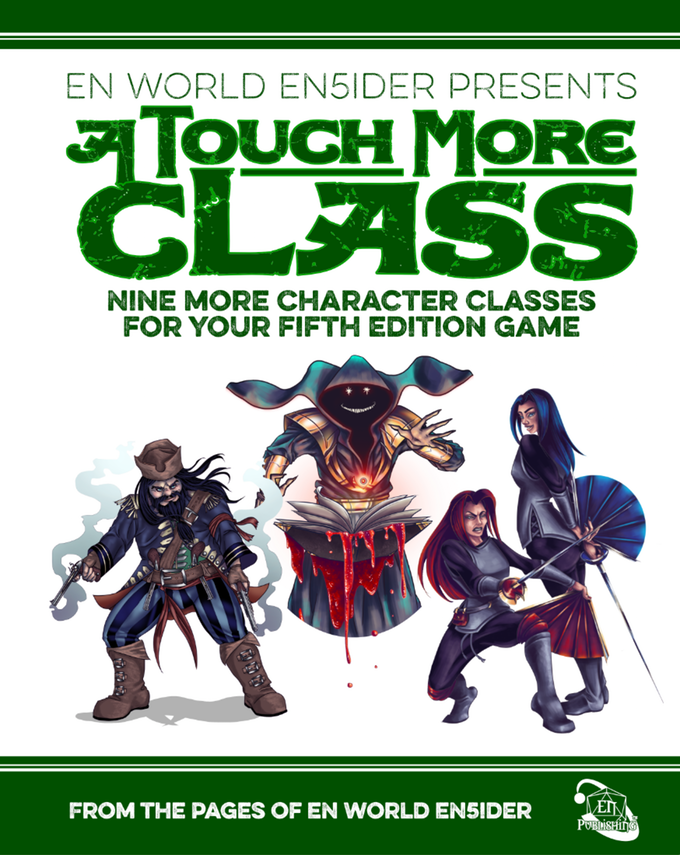 NOTE: I freelance for EN World (a subsidiary of EN Publishing). 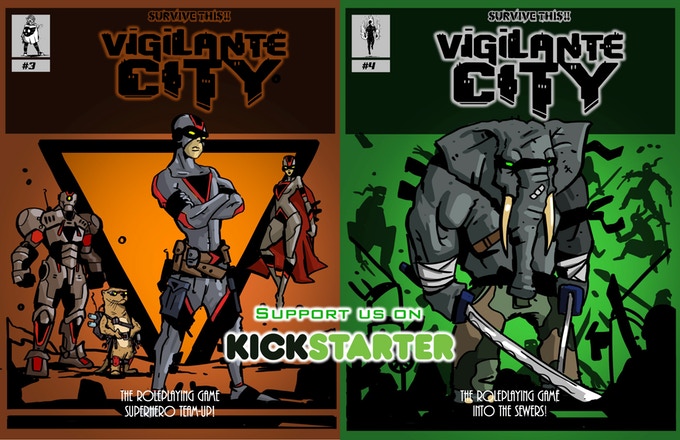 “Punch the criminals of Vigilante City in the teeth one adventure at a time! From the creators of SURVIVE THIS!! Dark Places & Demogorgons comes SURVIVE THIS!! Vigilante City, a gritty, street-level, superhero game set in the near future. Vigilante City is heavily inspired by Batman: The Animated Series. Along with the X-men, Spider-man and TMNT cartoons of the 1990s. Vigilante City utilizes the familiar ruleset of the world’s most popular fantasy RPG, mixing the old-school with modern mechanics for the best possible gaming experience. With its modular system design, you can easily play the exact style of super’s game you want!

SURVIVE THIS!! Vigilante City Book 3:  Superhero Team up! Comes with the inclusion of many new classes, goes through the steps of team building while greatly adding to the equipment and vehicles.  It shows how to build new superhero headquarters and stock it full of the valuable tech and tools every team needs to be successful.  There will be new combat rules to include Team Moves and so much more!

SURVIVE THIS!! Vigilante City Book 4:  Into The Sewers takes you underground to maze of tunnels that travel underthe Metropolitan of Victory City, into the world of subcultures, gangs, Mutants & Anthropomorphs.  Into The Sewers will feel like a new setting and greatly expands upon the already robust Mutant and Anthropomorph classes and powers.”

NOTE: I have a bit of writing coming from Bloat Games (but not for this project). 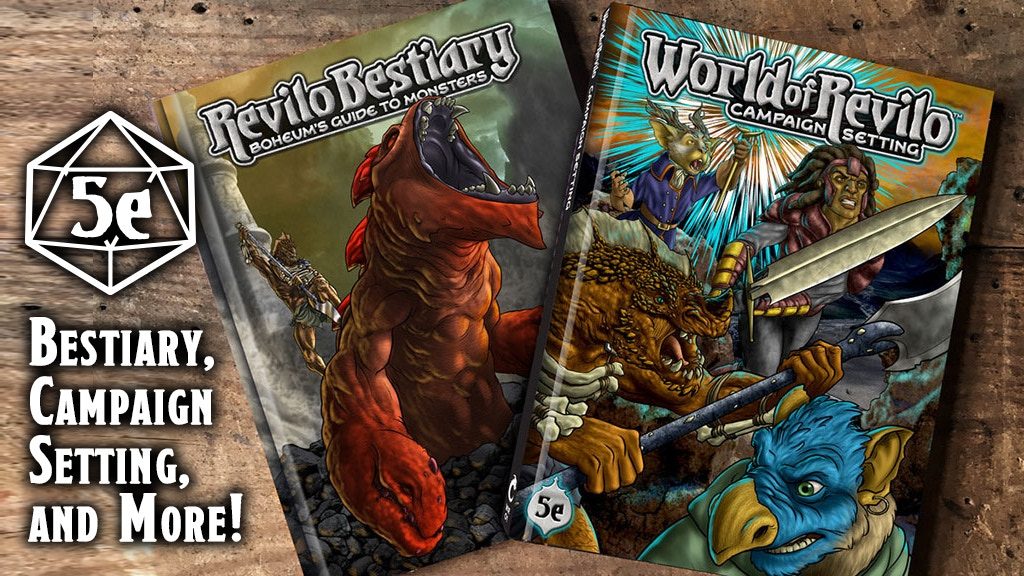 “Revilo is a campaign setting for 5E DND that includes new player races, new sub-classes, new monsters, new magic items and more! In the past 30 years humans, elves, and dwarves have crashed onto the coast of Revilo, discovering a land the other side of the world had never seen. One human has built an army and hired the vile, marauding Greyskrulls to aid him on his conquests. Will the rest of Revilo be able to form an alliance before this army conquers them? The hardcover World of Revilo Campaign Setting book contains over 100 pages of setting, playable races, backgrounds, sub-classes, and story arcs unique to Revilo! The hardcover Revilo Bestiary book contains over 100 pages of monsters unique to Revilo!”

NOTE: I interviewed Brian Colin about his prior Kickstarter on the Open Gaming Network.

PREVIEW/SAMPLE: CHECK OUT PARTS OF REVILO THROUGH NORSE FOUNDRY! 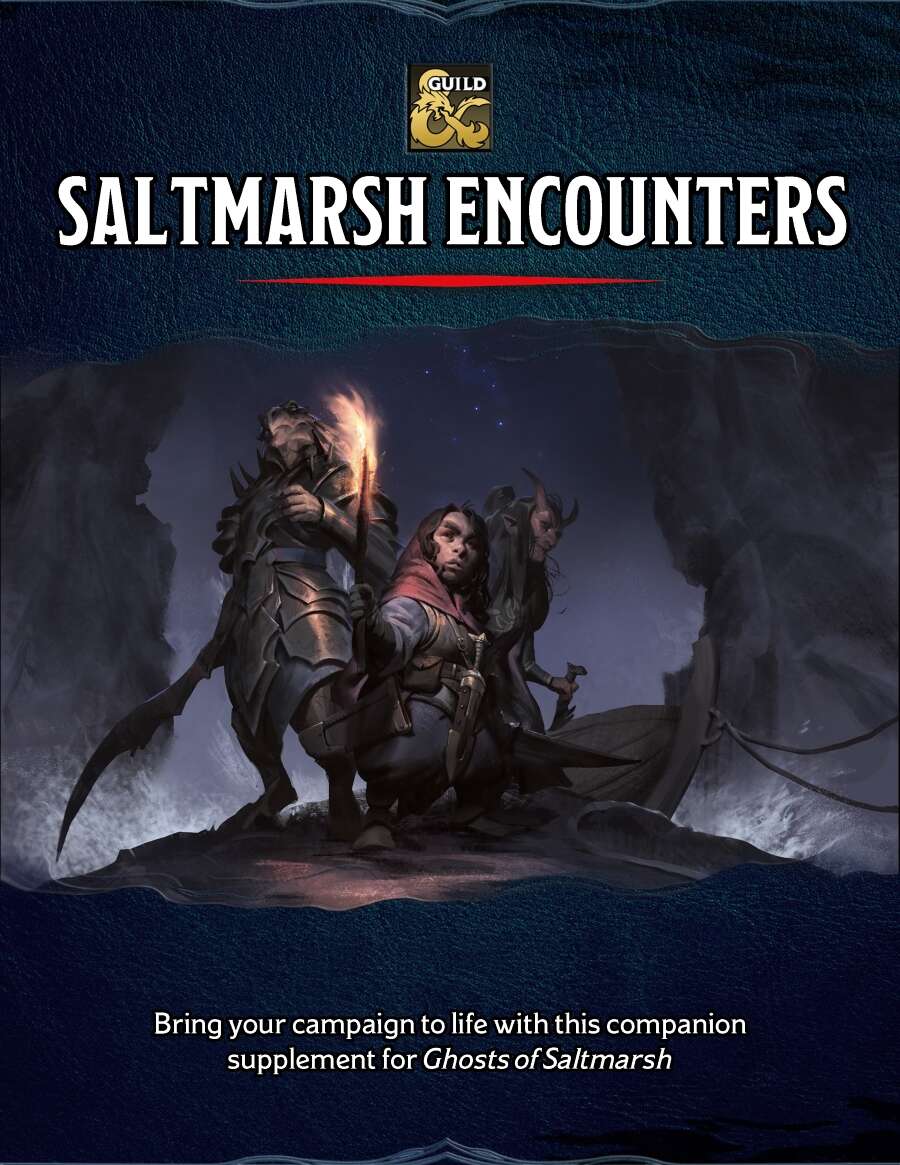 M.T. Black from EN World (among others) is a part of the Saltmarsh Encounters on the DMsGuild.

This is a DMs Guild Adepts product. The DMs Guild Adept Program was started and is managed by Wizards of the Coast. It brings together talented creators to produce quality content for the DMs Guild.”