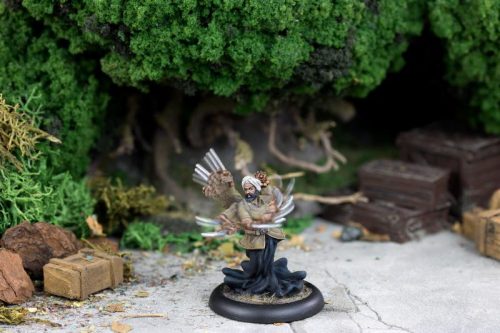 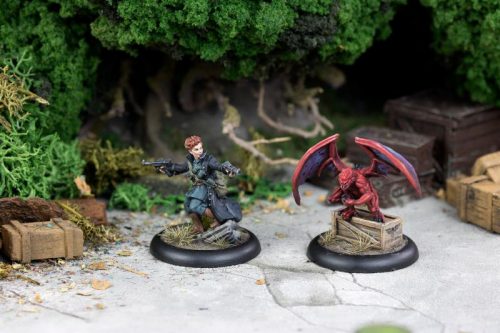 Larceny led Singh to possess the eye, desperation led to it opening. Throwing himself into ever more dangerous situations, Singh has further tapped into the power of the mysterious pendant he “found” in the jungle. Wherever he goes now, trailing fingers of the dark mist surround him, pulsating and grasping for anyone nearby. This isolates him from his fellow soldiers, but hides him from the enemy, making him hard to target on the battlefield.

When he reaches enemy lines, the true power of the amulet is revealed, as it fully opens, and Singh moves faster than can be followed. Appearing as though he’s in multiple places at once, Singh’s blade reaps a bloody harvest from German soldiers who barely even register that their doom has arrived. 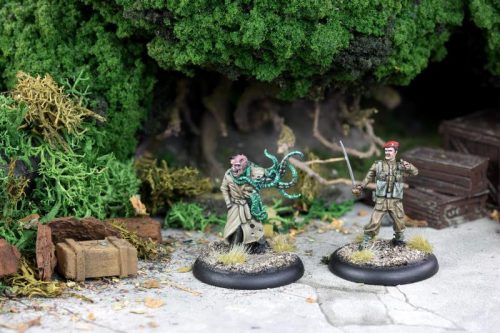 Ariane has been at the sharp end of the conflict for too long and has seen too many friends and allies fall. Her grip on the Demon that accompanies her was always tenuous, but now it has near broken. As a result, the creature can fully manifest charging into battle looking for prey.

Ariane will be found following in its wake, firing volleys from her twin Lugers, often cutting down the Demon’s intended victims before it reaches them. This small mercy is better than the alternative.

All these miniatures are available here now from Modiphius Entertainment. 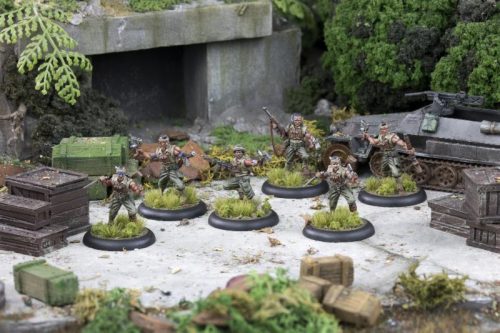 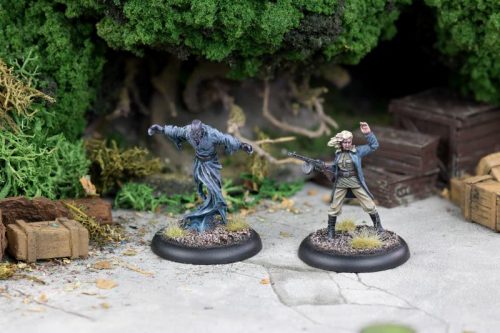 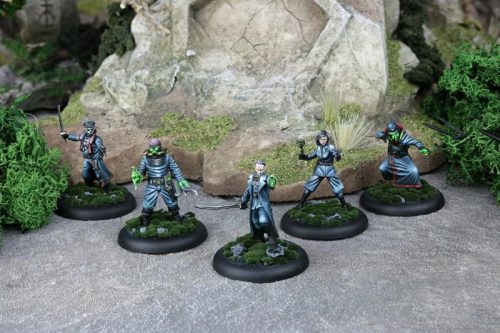 Egg Embry wrote comic book short stories, edited comic book series, wrote and drew a webcomic, and contributed to comic book journalism across the 2000s. Now, he buys the opportunity to write for a variety of tabletop role-playing games in the tradition of vanity press. NOTE: Articles may includes affiliate links. As a DriveThruRPG Affiliate/Amazon Associate/Humble Partner I earn from qualifying purchases.
View all posts by Egg Embry →
Tagged  Modiphius Entertainment, Press Release.
Bookmark the permalink.