Steampunk as a genre is both a century plus old and somewhat relatively new. Arguments can be made that the birth of the form is found in the works of Mary Shelly and HG Wells and Jules Verne as much as they might be given to those who put it on the map for modern audiences: Tim Powers, James Blaylock, and KW Jeter.

Yet, as I was coming up with this list of 5 Steampunk movies, I had to admit that there aren’t as many as you might think there are considering the number of costumes I see posted all over the web (or at conventions like Dragon Con). The following aren’t necessarily the best, but these are ones who contribute in their own way to the genre. 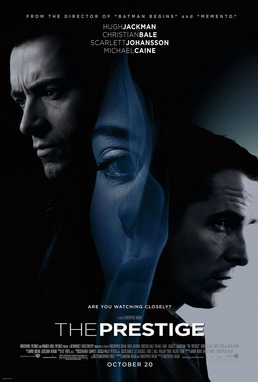 Ok, I might have lied. This one is not only worth seeing, but it is worth watching multiple times. Told through a series of flashback, this is the story of dueling stage magicians who are constantly trying to one up the other through sabotage or stealing the other’s tricks.

Much like the subject matter, the movie itself is somewhat of a trick, daring you to figure out its secrets as one twist follows another. The lengths that two men will go to in order to get the last word.

And just when you think you’ve figured it all out… now comes the reveal.

Stage Magic. Nikola Tesla makes an appearance and builds a machine that seemingly allows the magician to move instantly from one place to another. 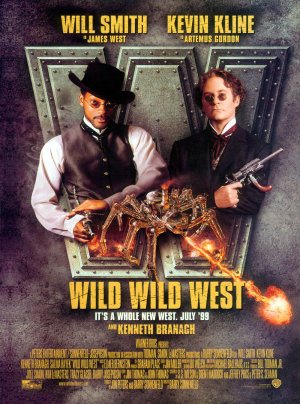 So we go from the top of the form to one of its disappointments. The problem with Wild Wild West isn’t that it wears its steampunk roots on its sleeves, no the problem is that it never takes any of the plots seriously. Things are played for laughs, but there are no real stakes for our characters. Instead, we are treated to a series of gadgets which would make James Bond jealous. Add in an odd motivation for the villain of the piece: He’s going to use his technology to help defeat the United States as punishment for winning the Civil War… Ok, I can understand that. He’s a southerner who was on the losing side. However, the crux of his plan is to have President Grant divide the country among Great Britain, France, Spain, Mexico, the Native Americans, and, of course, himself.

Wild Wild West is proof that you still need a story on top of the steam technology.

Honestly, this movie is chocked full of Steampunk items: a giant mechanical spider, trains, and a steam-powered wheelchair! 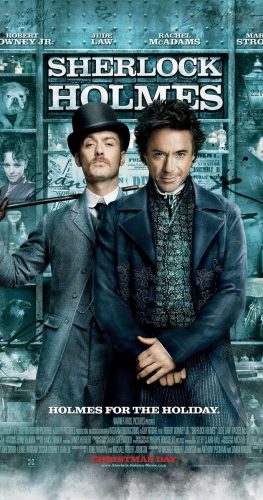 Maybe I’m blinded by Robert Downey Jr’s performance, but I really like this movie (and its sequel, A Game of Shadows). If Steampunk means Victorian Setting, then this wins as it’s set in London near the turn of the century. A dirty, crowded city trying to birth itself into the new industrial world.

The plots of the original movie follow Sherlock Holmes as he tries to figure out how Lord Henry Blackwood managed to potentially cheat death. Throughout, he’s forced to try to find the truth of things even if every new revelation seems to point to a more supernatural explanation for how the Lord escaped his execution.

Much like any good mystery, I liked following along with the characters as they made their way through the maze of lies and deceits, often wondering what the answer was going to actually be.

A mixture of science and magic being used together. Secret societies. Sherlock Holmes and Dr. Watson. 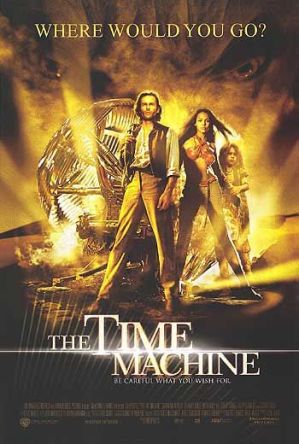 Based on HG Wells’ novel, this particular version is more of a cautionary tale of what happens when you try and change the past. Dr. Hartgren’s fiancee’s death at the beginning of the film is what pushes him to complete the machine in order to try to change the past. However, in almost a nod to Groundhog Day, each attempt to stop her death is foiled in some way. Realizing he can’t find the answer to his question: “How do you change the past?” in his current time, he pushes the machine forward to discover the answer.

Around the time I graduated high school, I went on a spree of reading many of the “classics”. The Time Machine was one of the first and probably is responsible for my love of time travel in fiction. This version of the story has the strongest reason for the main character to travel in time at all (I believe, in the novel, he’s mostly doing it to show that he can). The heartbreak of losing his true love over and over… I completely bought into what he was trying to do, and how he’s literally going to the end of time if it meant saving her.

If being based on one of the seminal books of the genre isn’t enough, then I’m not sure what is. 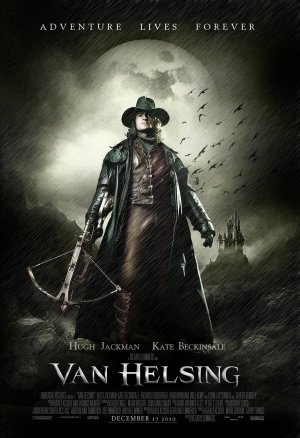 This should be a no-brainer. You have the vampire slayer, Van Helsing, also acting as a potential “monster hunter”. You have free range over the entire Universal Monster franchises. You have Dr. Frankenstein teaming up with Dracula. You have a monster hunter who works for the Vatican. You get werewolves and gypsies and potentially angels (?).

And yet, somehow the movie just never delivers on its original promise.

This is one of those movies that I look upon as a lost opportunity. This should have been the start of a very cool franchise (which might have given us an updated version of The Creature, maybe?). Instead, it was dead pretty much on arrival.

More of the gothic feel of the form to start. Many roleplaying games and novels have used the monsters are walking among us within the Steampunk framework. Dr. Frankenstein’s experiments.

Writer of comics and novels. In 2006 his first short story "The God That Failed" was published by Terminus Media in their debut comic Evolution Book 1. Since that time he has had stories published in Terminus Media's Evolution Book 2 and Evolution Special, Kenzer and Company's The Knights of the Dinner Table, and Four J Publishing's The Burner #3. Currently he is eagerly awaiting the digital publishing of his first creator-owned comic The Gilded Age #1 to be published online as well as his first novel The Dark That Follows later this year.
View all posts by John McGuire →
Tagged  film, John McGuire, Sherlock Holmes, Steampunk, The Prestige, The Time Machine, Van Helsing, Wild Wild West.
Bookmark the permalink.