We mostly know him from his horror side of things. Whether it is burying people alive or being driven mad by the guilty thoughts of our minds, Poe had a stranglehold on that part of his reader’s minds. But Steampunk? I honestly didn’t know. So I consulted the all-powerful internet for the answer and came across this article from Tor.com: Was Poe Steampunk?

That’s good enough for me! 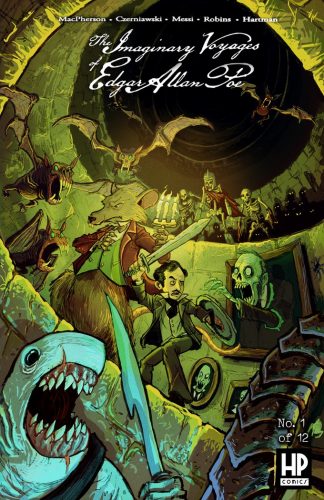 I’ve often described this story as “Alice in Wonderland meets The Lord of the Rings.” And for those who are fans of classic literature like myself, I would describe it as “Homer’s Odysseymeets Dante’s Divine Comedy.” 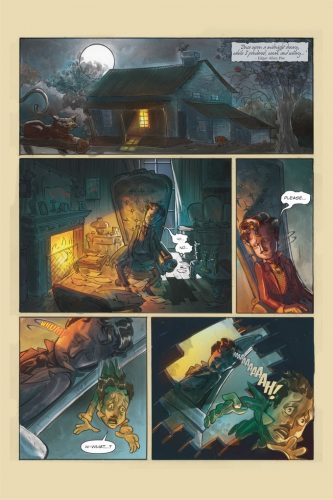 As a writer, there are many times when you might want the things you write about to actually come true. It would be great to become the hero of some epic fantasy who slays the dragon and takes the throne. Then again, it is less fun thinking about it when you are writing about very horrific ideas.

And then watch them not only come true but pretty much try to kill you? That is right up there with Writer’s Block!

The interesting thing about this Kickstarter is that there are only 3 Rewards: Digital copies ($5), KS exclusive printed edition with a pair of prints ($15), and the print book with a t-shirt ($25). So many times the talk is about appealing to as many people as possible with the rewards, but here MacPherson boils it down to the core… and as of this writing (with roughly 7 days to go) he’s more than tripled his asking goal ($3000+ vs $1000).

Perhaps the lesson is less is more? 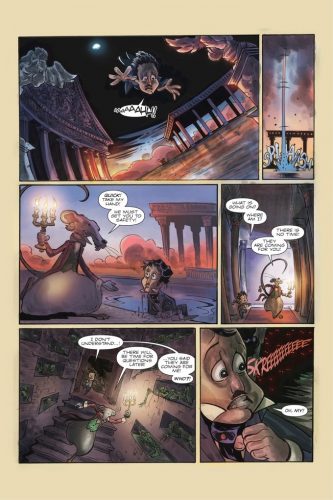 You get on the ground floor of issue 1 of the comics. The art is a nice mixture of cartoony and horrific… a perfect fit for this time of story.

If you are a lover of Poe then this seems like a complete no brainer.