This past weekend the NFL regular season came to a close, and for the first time since 2008, the Miami Dolphins have made the playoffs (apparently “next year” was this year). Aside from being happy to actually have someone to seriously cheer for this coming weekend, it got me a little reflective. I’ve watched nearly a decade worth of games where my team might have been in the mix only to fall short or, and this is more likely, they haven’t been in the mix at all.

Strange then that I suddenly am thinking of all that “bad” time to be a fan when this is the time to enjoy the ride we’re currently on. I think back to J Edward Neill‘s post from last Fall where he swore off the NFL in order to regain the most precious of commodities: TIME.

(I know he slipped at least once…)

Every team comes into the season with a list of things they want to accomplish. It may start with:

Get a first round Bye.

Be the overall #1 seed in the playoffs.

And at the top of the list is win the Superbowl.

That’s not to say that they actually are able to even compete for such an honor, but it is still there. Heck, there are a bunch of the above which are probably above and beyond a team’s LEGITIMATE goals. The key is that they still write them down. And it isn’t because they want to set themselves up for failure if things don’t go their way. No. They do it so that there is something to aspire to. 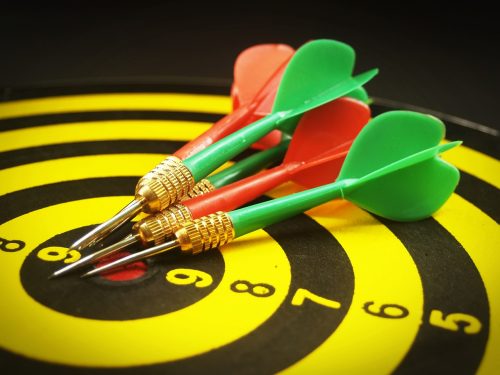 Last week I put up my annual look back/look ahead blog post. Here’s the thing, that post is like 98% for me, 1% for my family (in case they might be wondering what it was I actually do during these late nights), and maybe 1% for anyone else reading the blog. I use it in order to get a grip on what the previous year might have had in store for me (or not). The look ahead is about setting goals for myself.

Maybe setting too many goals?

That’s fundamentally OK to do. If the NFL teams only set their goal on getting 1 more win next year, well that’s probably doable, but then what? You get that additional win and stop? Or do you shoot for the moon on the off-chance you can actually get there?

This is what I’m trying to get to. This is the type of work output, the type of word count I need to get to in order to have the level of success I want to have. So you get a list of things which either seem like they haven’t been accomplished or there are just too many things on the LIST to possibly get done.

There is some truth to that. Like so many other people I have various levels of responsibilities in work and life. Sometimes there just isn’t enough time. Then again, maybe I just didn’t use all that free time as wisely as I could/should. 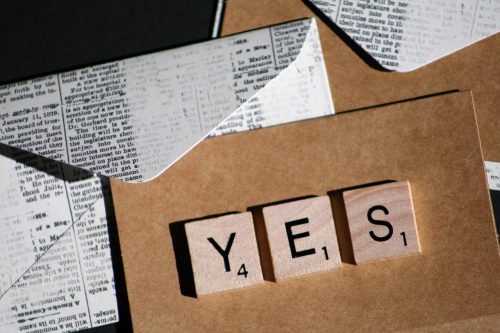 I want to say YES to myself.

Think about the whole idea of Resolutions in conjunction with the birth of a new year. Right now if I were to do a search on New Year’s Resolutions I bet I’d get a ton of blog hits where it was describing potential goals or perhaps telling you how to accomplish your proposed goals. But also think you’d find some people who want to mock the very idea of the goals. They might consider it a waste of time to even bother. “Everyone puts all this nonsense out there and within a week or a month or 6 months it will all revert back to who you were before the pledge.” Yet, I’d say we’re all doing it on some level even if we don’t say it aloud or write it down. There is something you want to accomplish this year, right? You may not want to call it a Resolution, but it probably is.

The kicker to all of this is that sometimes you set the bar impossibly high and you get there. Sometimes the ball bounces your way. So put it out there. Put it into the universe! Have 50 projects. Have a plan.

There’s nothing wrong with striving for more.